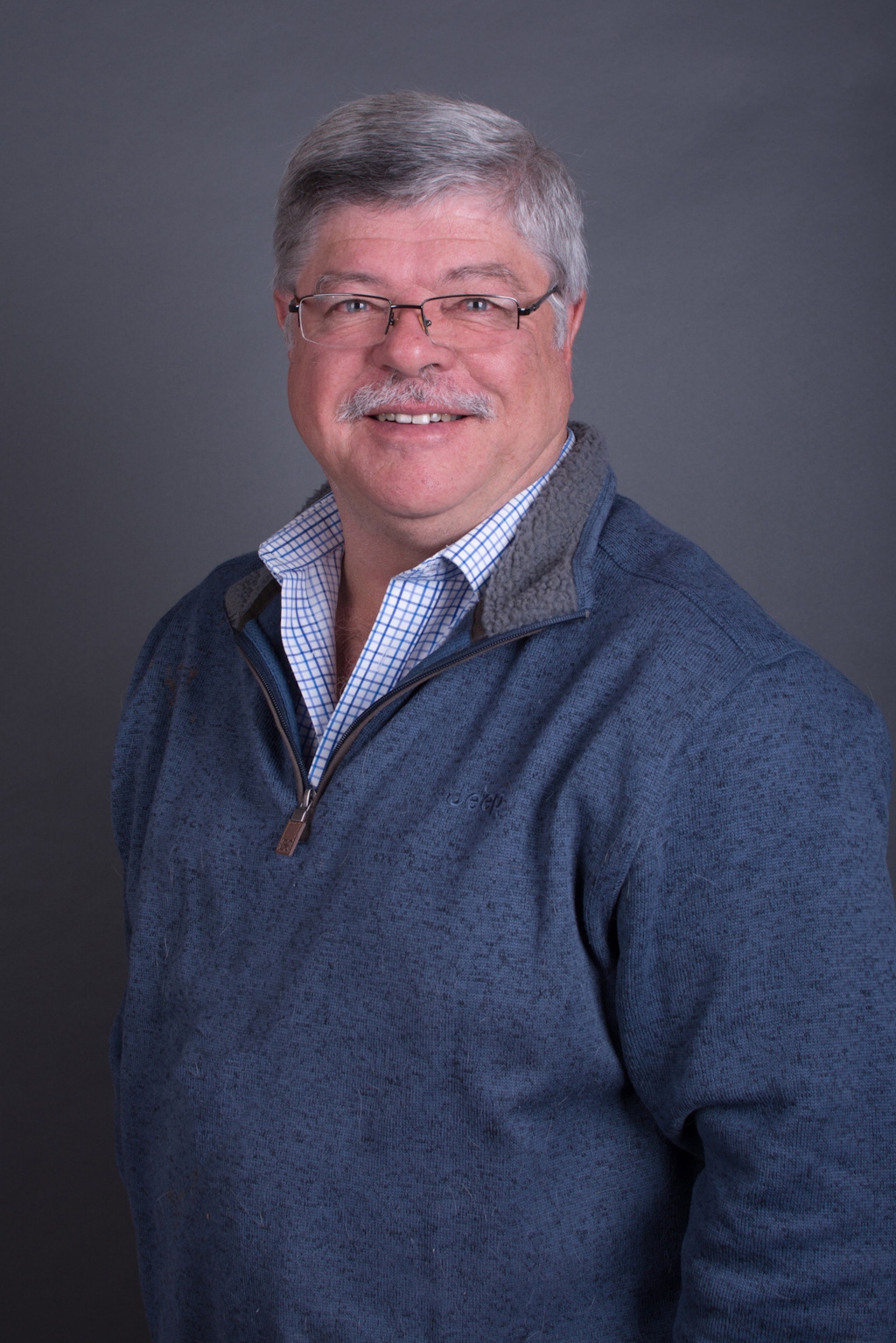 Steve was appointed to Council in October 2013 and became Chairman of the St John’s College Foundation in 2018. He has practiced law in Johannesburg since his 1985 admission and is a qualified attorney, notary and conveyancer. He is a named partner at D’Arcy-Herrman Raney and was previously the executive partner at White & Case LLP in Johannesburg. Steve holds numerous private company directorships and trusteeships. His son Andrew matriculated in 2019 as a third-generation Old Johannian. 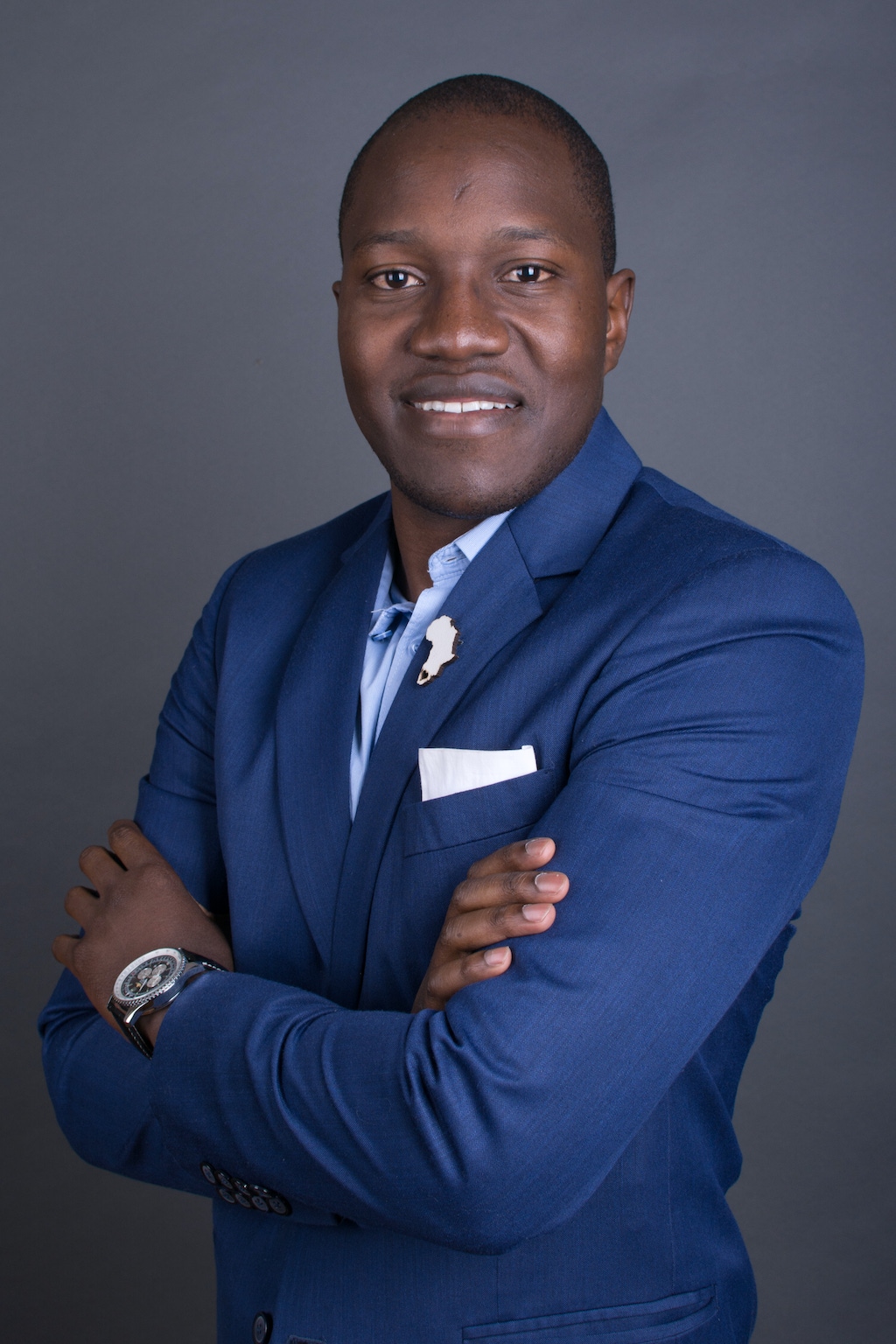 Melvyn is a business person and entrepreneur. Following his graduate studies at the University of Oxford as a Rhodes Scholar, he co-founded an international software company which currently serves clients in more than 20 countries. Prior to that Melvyn worked for the Boston Consulting Group and for Goldman Sachs in the UK and was a founding principal of an investment management and finance firm. 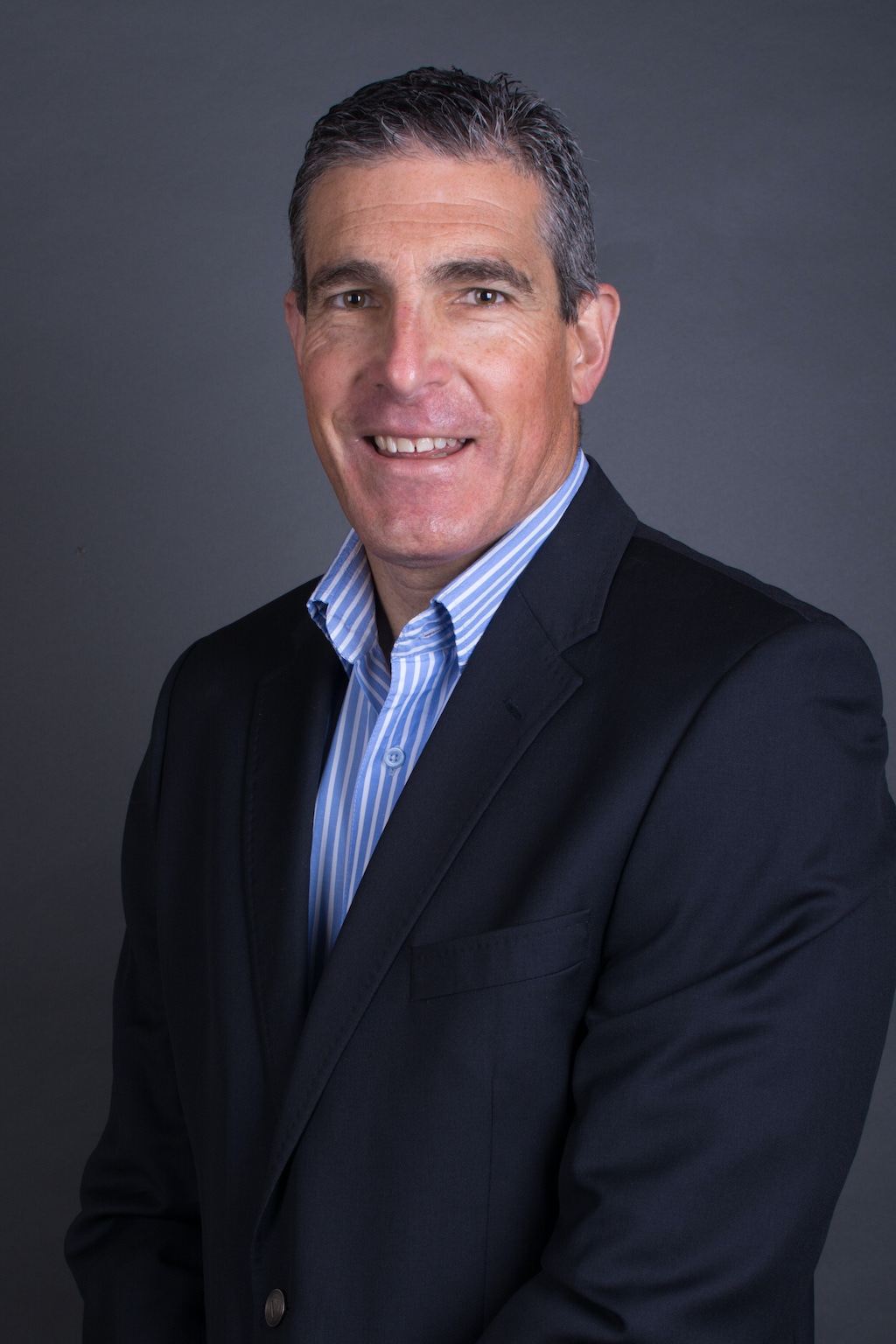 Jon has served as Chairman of the St John’s College Council and has previously been a member of the Old Johannian Association governing body. He has been in sports medicine practice for more than 20 years and is currently Director of Waterfall Sports Orthopaedic Surgery in Johannesburg and is founder and director of Sports Concussion South Africa. Jon served two terms as the president of the South African Sports Medicine Association; he also serves on the advisory boards of World Rugby, South African Rugby and the University of Washington, Seattle Sports Health and Safety Institute. He is a senior associate editor of the British Journal of Sports Medicine and Current Sports Medicine Reports in the USA. John has been team physician to school, club, provincial and international sports teams in rugby, cricket, soccer, athletics and basketball. 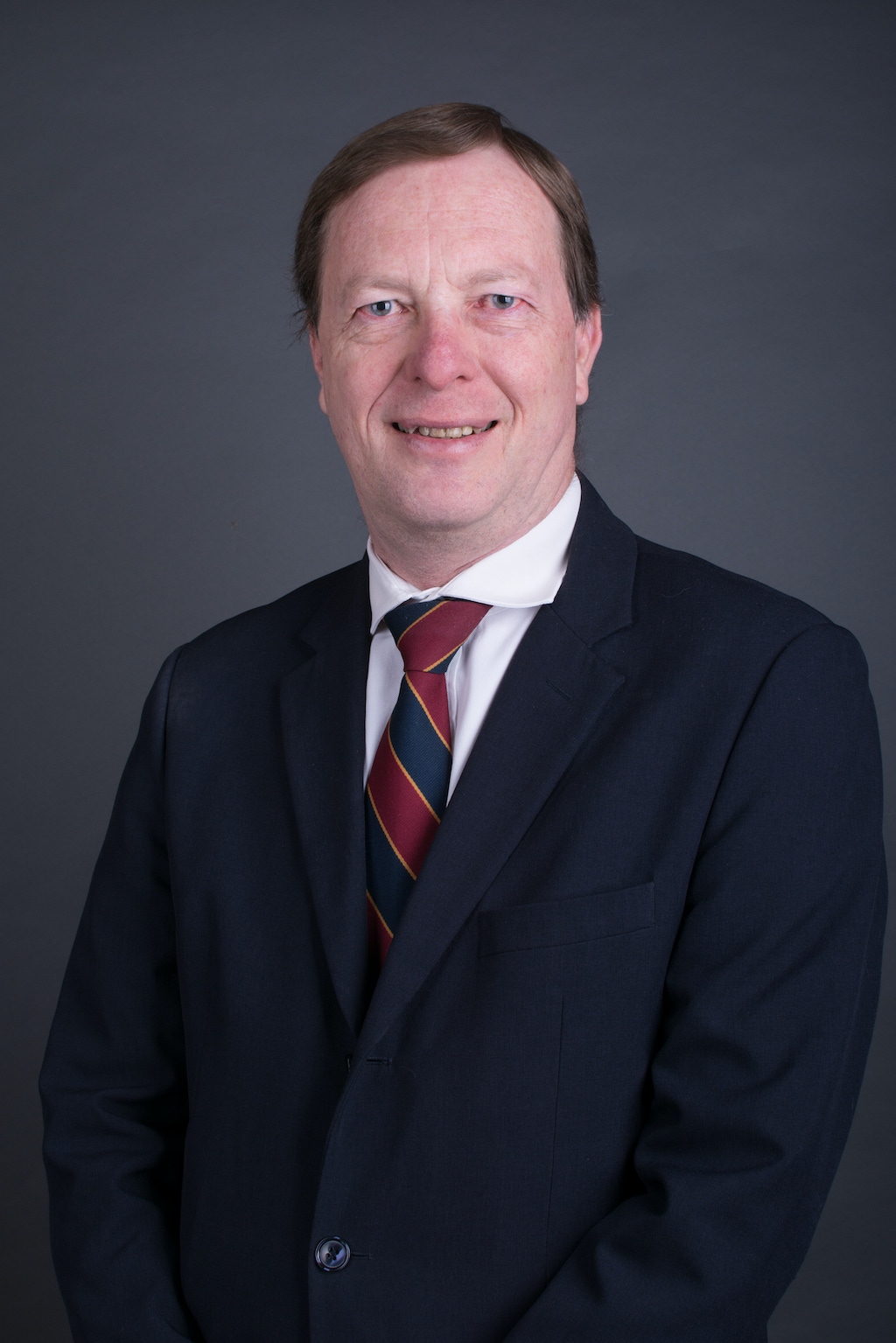 Alistair is the representative of the Diocesan Trustees and the longest-serving trustee. He previously served as Business Manager as well as Head of Department for Economic & Management Sciences at St John’s College; Head of Customer Value Management & Marketing Intelligence at Liberty Life; and senior manager at Nedcor Bank. Prior to that, he was vice-chairman of the Pharos Medical Scheme board of trustees and a member of its audit committee, and a trustee of TopMed Medical Scheme. 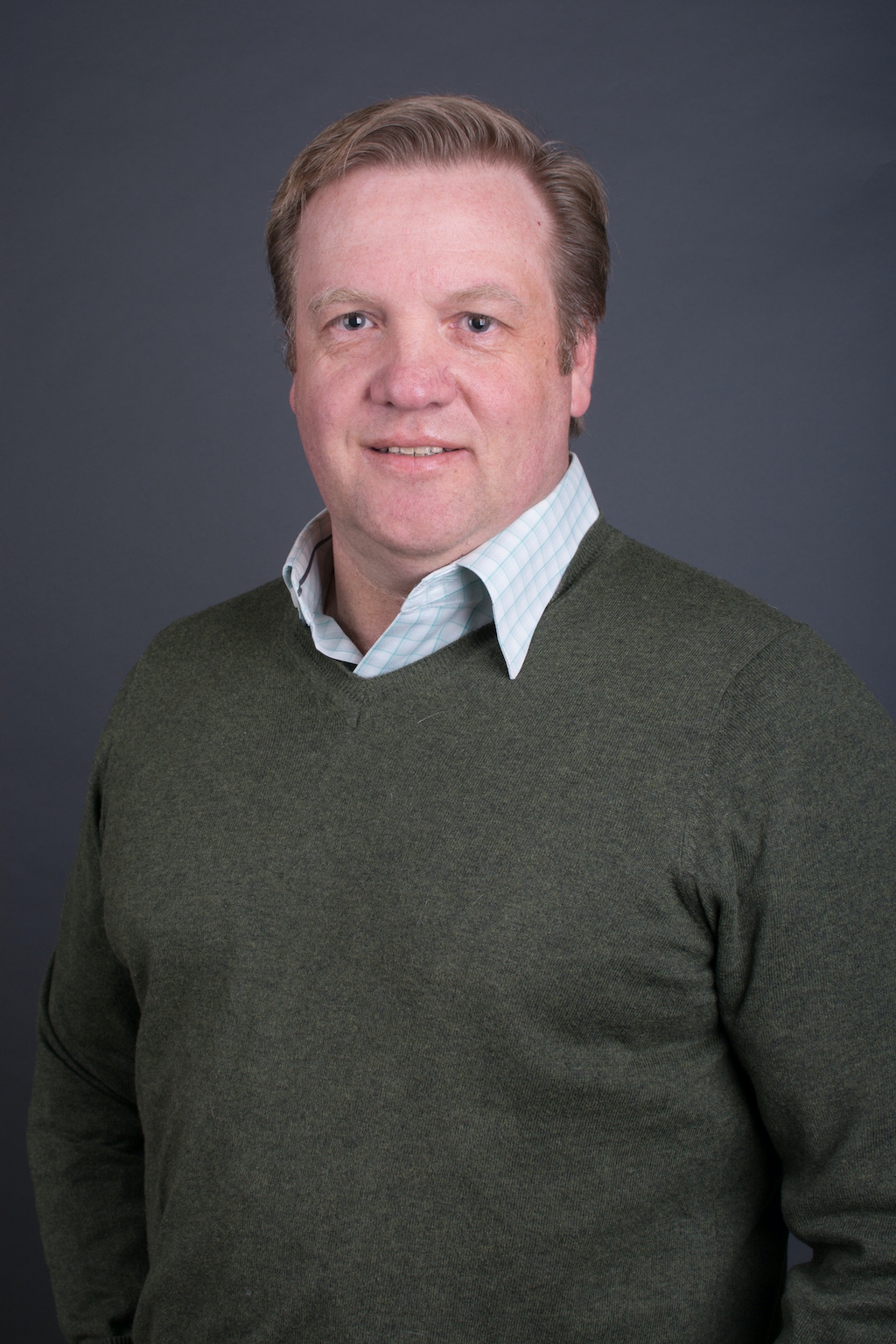 John is a practicing commercial attorney and an entrepreneur. He is a named partner of McPherson Kruger Attorneys, where he focuses on outsourcing and information technology law. He is the co-founder of Chattan Escrow, a source code escrow agency, and Nymbiz, a business focused on harnessing the potential of automation, artificial intelligence, robotics and machine learning for the legal and other professions. John also co-founded Parksec, the Parkhurst and Parktown North Security Association and served as its chairman for eight years. His sons Timothy and Gavin both attended the College as third-generation Johannnians. 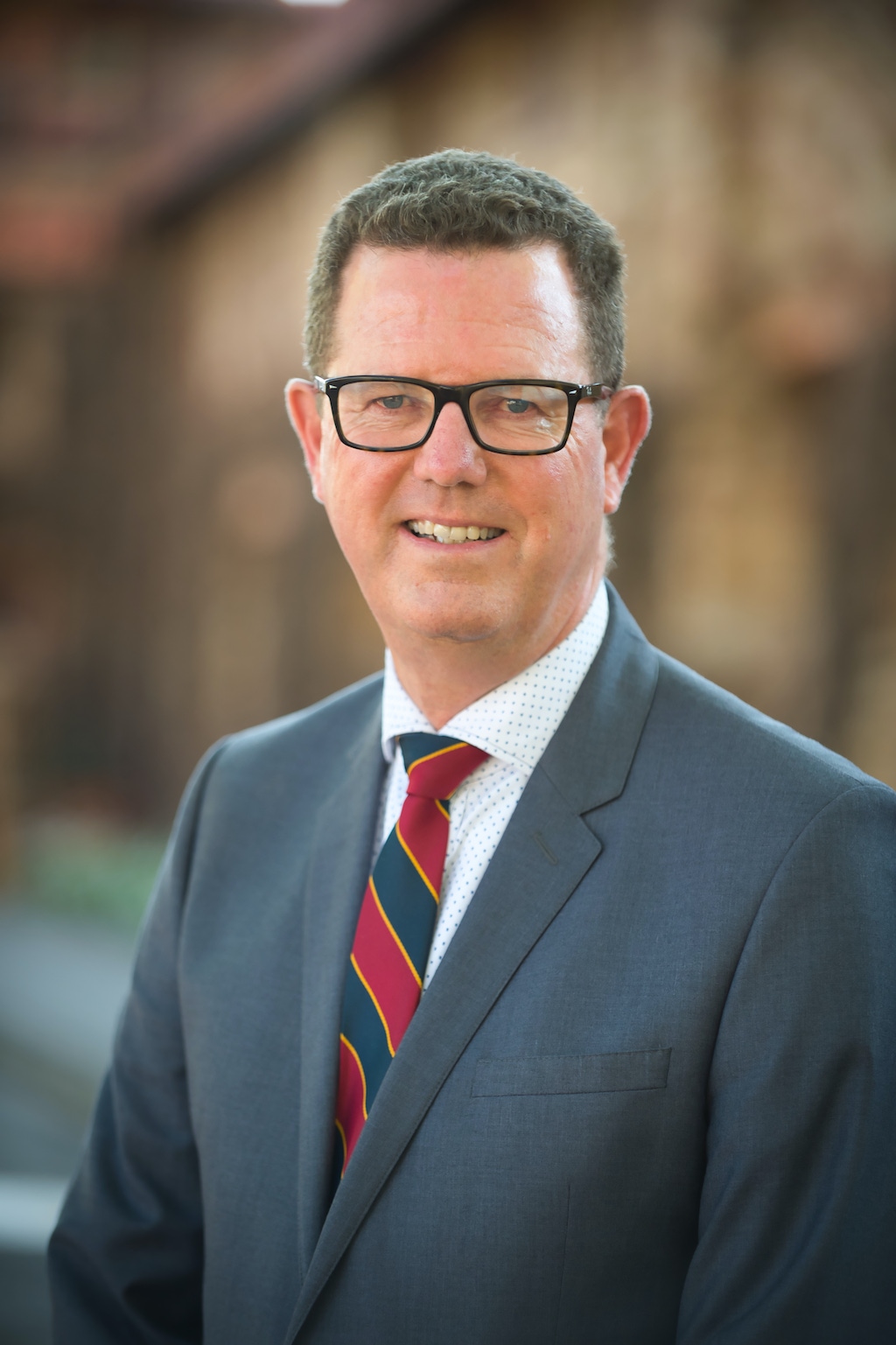 Stuart is the 16th Executive Headmaster of St John's College. He has decades of experience in the boys', girls' and co-ed education environments, and a proven record of driving transformation, diversity and social justice in the schools he has led. He spent the first 19 years of his teaching career at Bishops Diocesan School in Cape Town where he taught history, was a boarding housemaster, coached the First XI Hockey team for 16 years and was a Deputy Principal. He then moved to Dainfern College, where he was Principal for seven years before heading up Herschel Girls’ in Cape Town. Mr West is an accomplished sportsman, having played and coached hockey at a provincial level. Stuart was educated at Graeme College in Grahamstown, Rhodes University and UNISA. He holds a BA (Hons) in History and a Postgraduate Certificate in Education. He is married to Joyanne, Head of Bluebird Pre-Primary in Hyde Park, and they have three adult children.

The former Executive Head, Paul Edey, remains a registered trustee in respect of the Masters Office until changes have been approved. Stuart West will be formally registered as a trustee as part of the same process. 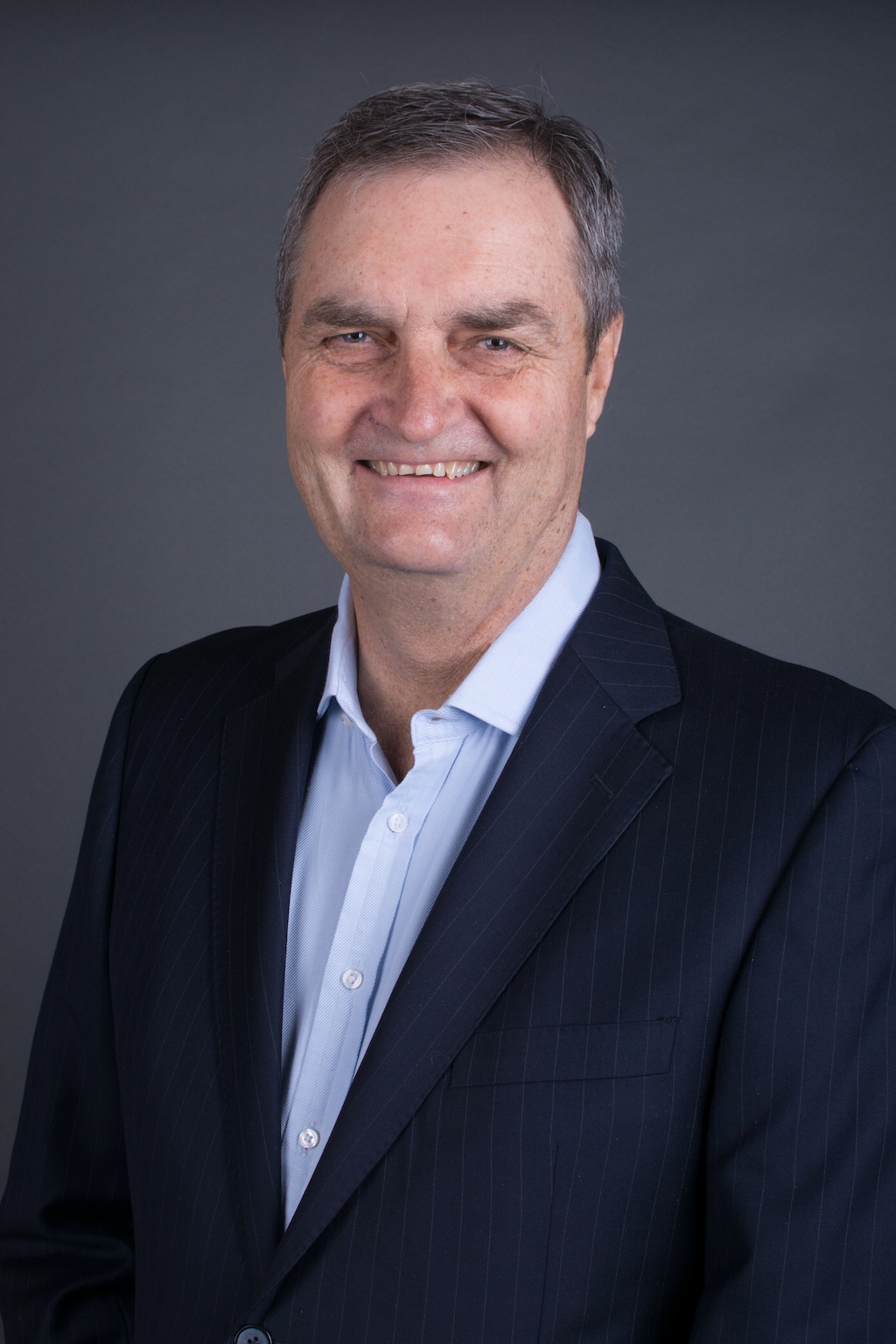 Neil is currently the Group Chief Risk Officer at Standard Bank where he has worked for the past 15 years. Following his studies at UCT, he qualified as a Chartered Accountant, after which he played a variety of finance roles with Southern Sun Hotels Group, Rembrandt Group, Rosehaugh Group (London) and Sun International Hotels Ltd. He joined Standard Bank in 2002 where he held several senior positions within the Corporate and Investment Banking division prior to taking up his current role. His sons Nick and James attended St John’s College and James was Head of School in 2012. 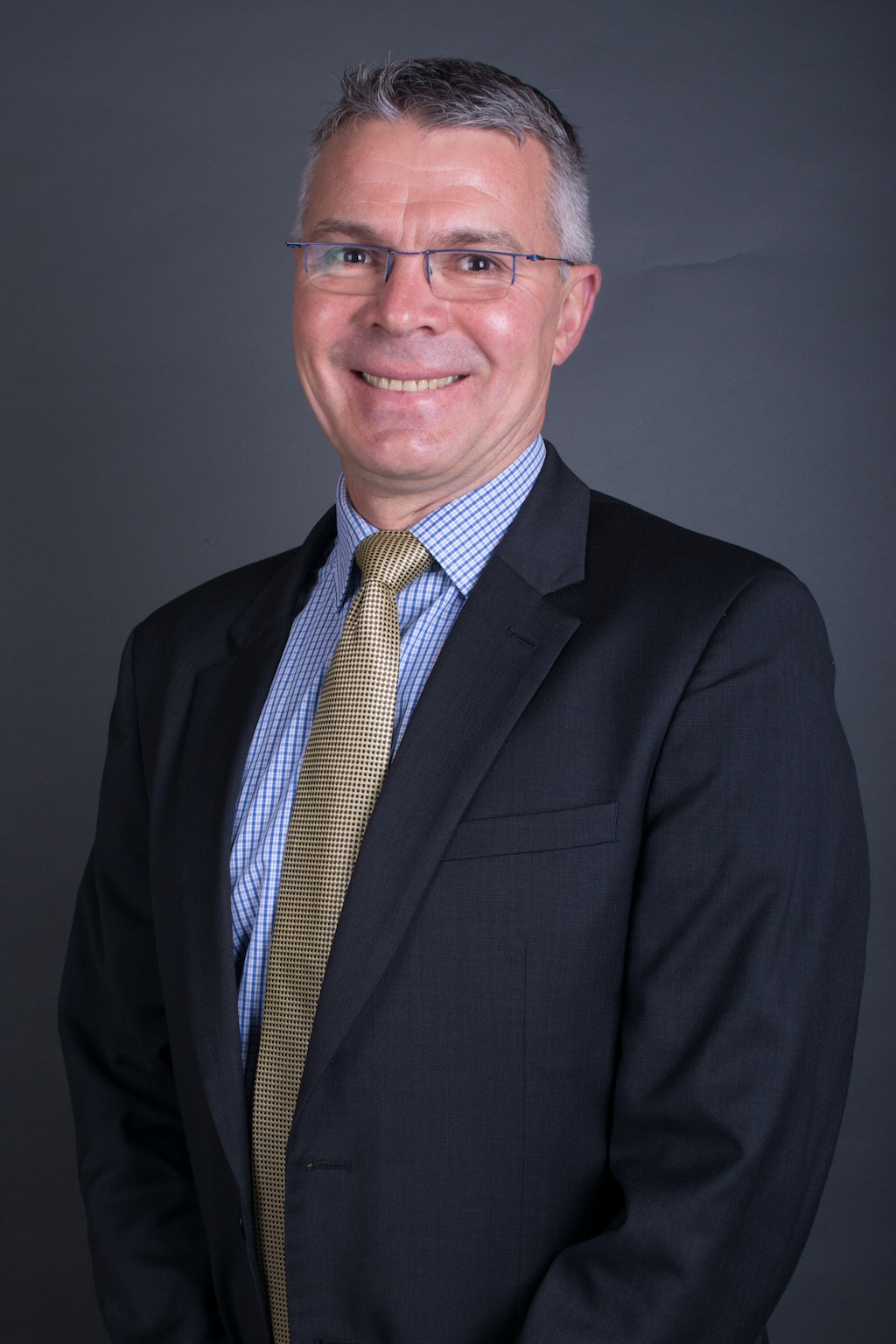 Dave has been the Business Manager at St John’s College since May 2013. He served articles at Deloitte & Touche and thereafter spent nearly 20 years in the investment banking and financial consulting sectors in both the UK and South Africa. Dave’s son Brandon matriculated from St John’s in 2018. 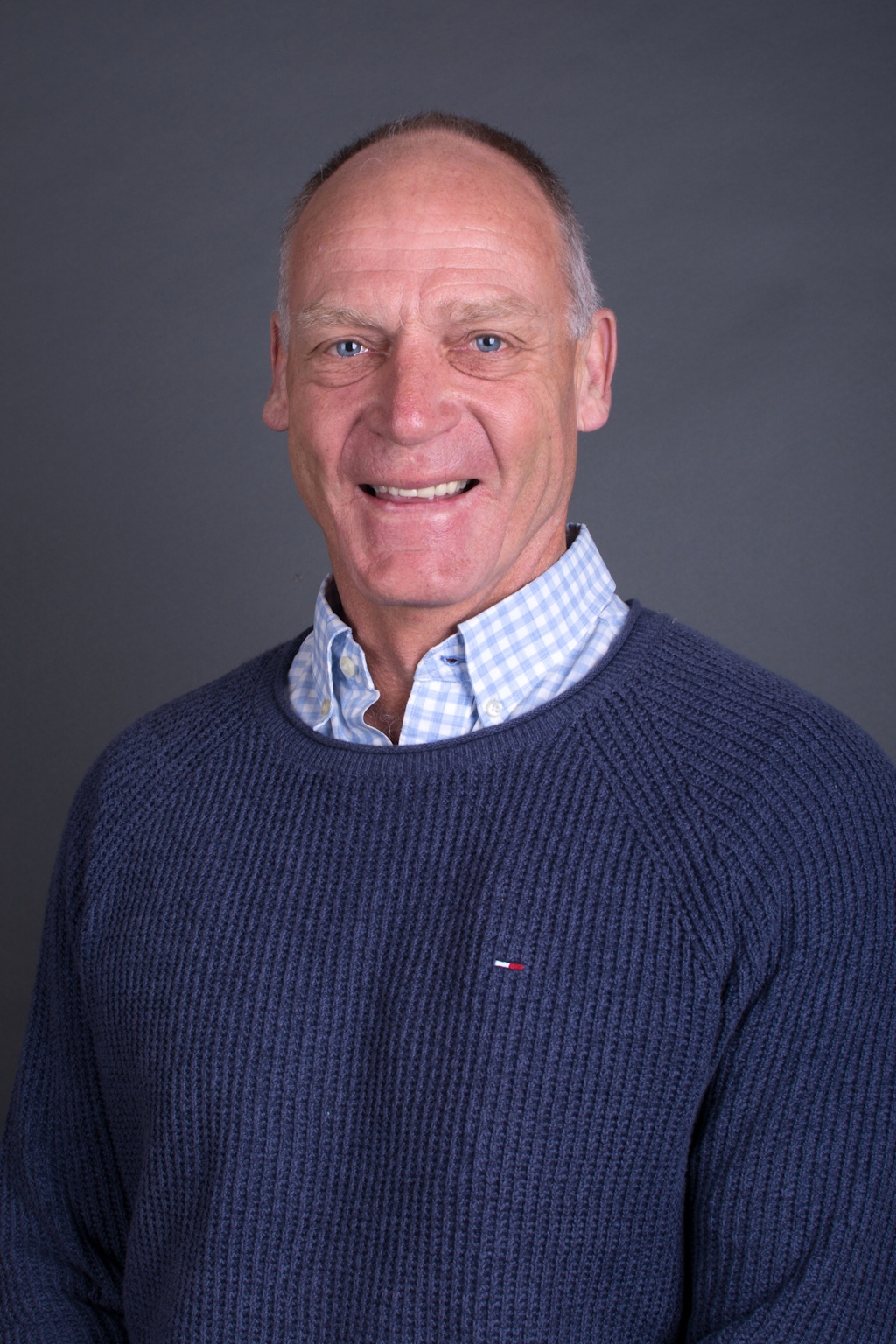 Graeme is an Independent Business Advisor and non-executive director, having spent nine years as a Senior Industrial Adviser at Financial Investment Group Brait. He has been a Trustee since 2009 and served as Chairman of the St John’s College Foundation from January 2016 to May 2018. He has been a member of the St John’ College Council since 2010, during which time he served on the Sports Council, the Board of Masibambane, and Chaired the Building Committee. His elder son Thomas was Head of School in 2015 and his young son Jack is the 2019 Head of School. 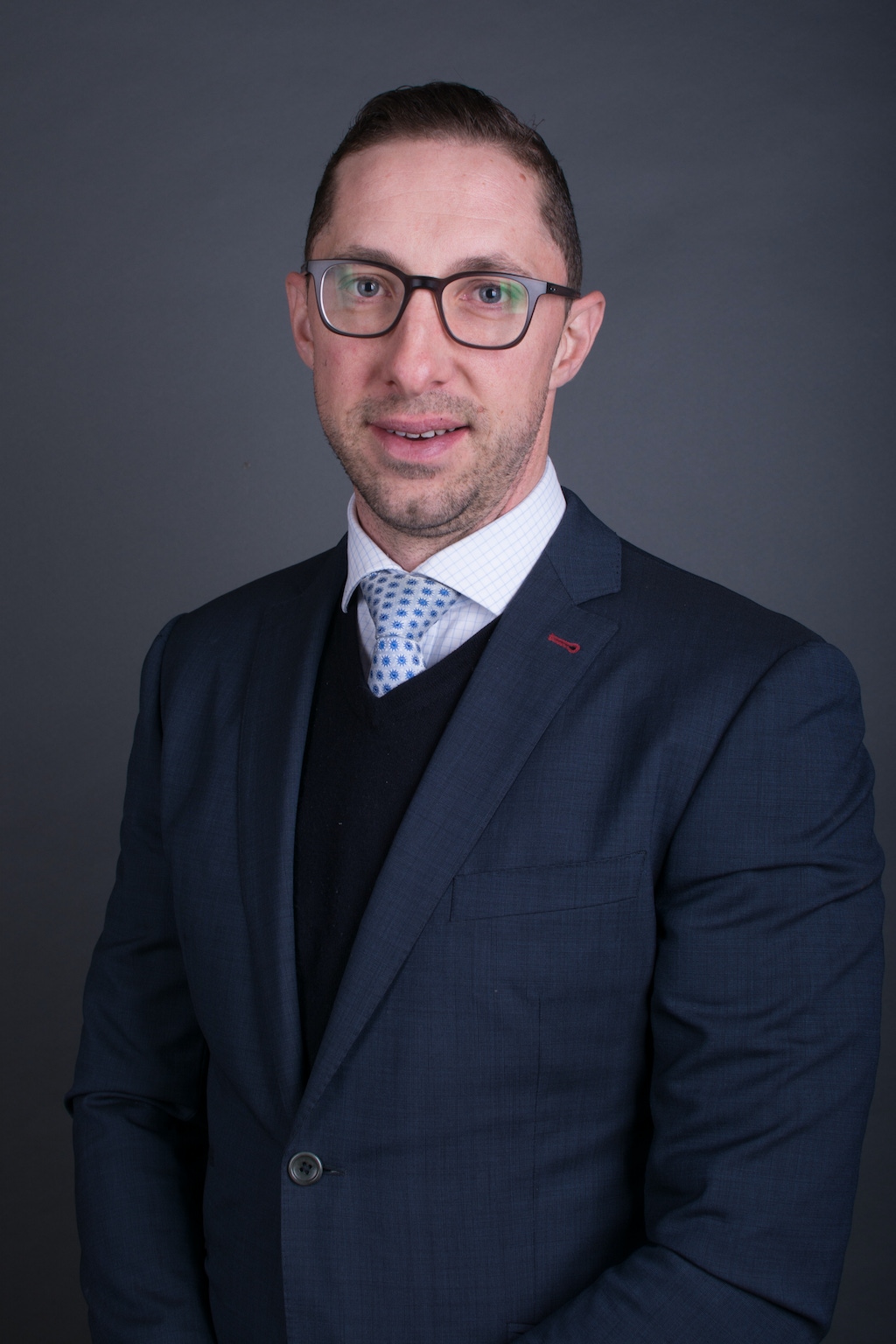 Andrew is the Old Johannian Association representative. He is a past Chairman of the Old Johannian Association and has been a Council Member and Trustee since 2012. Andrew is the Managing Director of FNB Private Wealth Management and has extensive experience in the wealth management and financial services industry. Andrew was Head of Alston. He has two children and his son Ethan has been at St John’s since 2018. 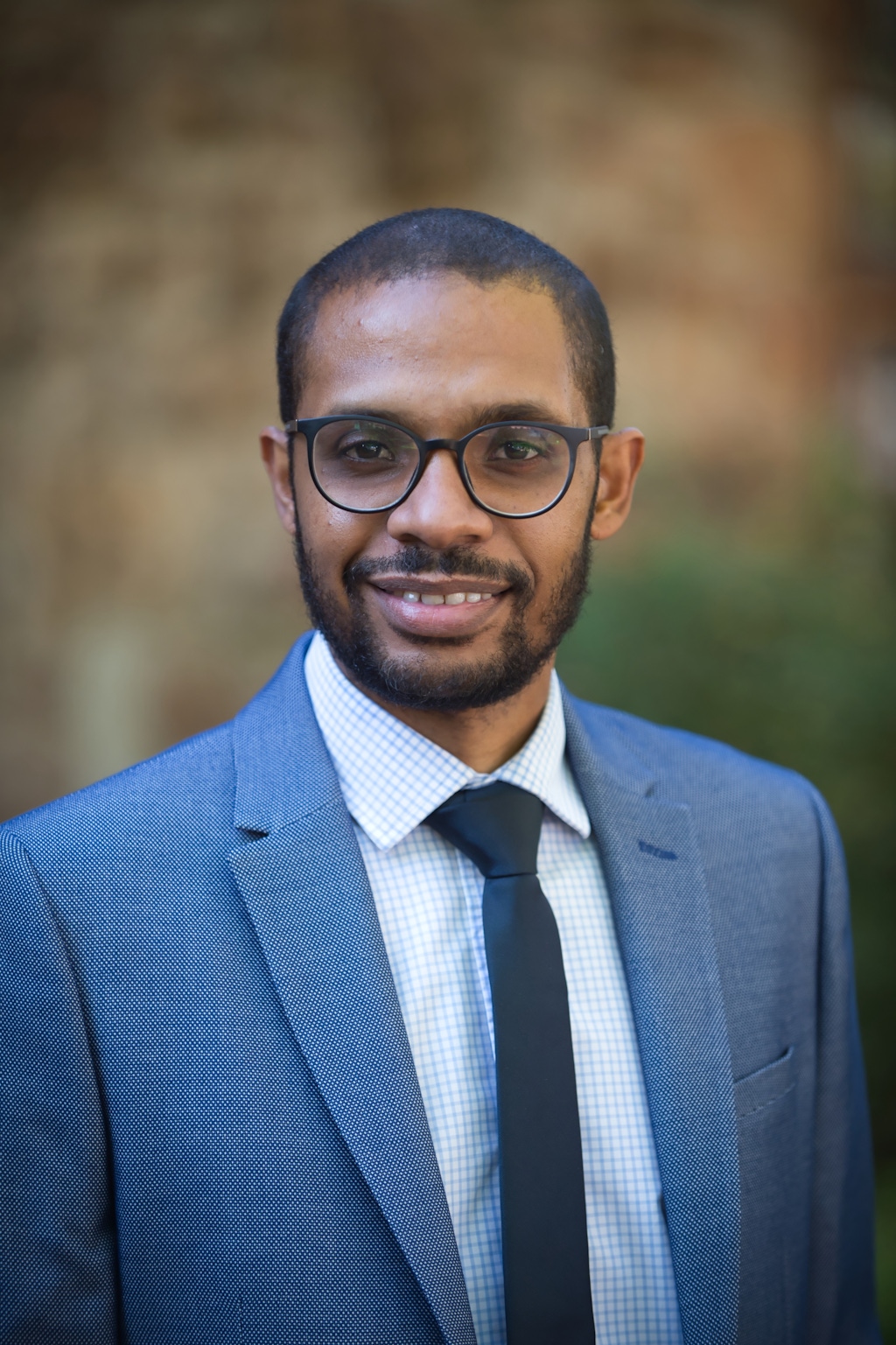 Lester is an educational leader with a wealth of experience in the classroom and in administration, having held senior positions within school environments for the past nine years. He is an advocate of evidence-informed change and pedagogy, with a determination to build strong school communities through collaboration, authenticity and the pursuit of excellence. Lester was the former Deputy Head and then Headmaster of Summit College Preparatory School before joining St Stithians Boys’ Prep as Deputy Head. He holds a Bachelor of Education from the University of Kwazulu Natal. Lester is married to Corinne and they have a 9-year-old son, Samuel, and a 3-year-old daughter, Abigail.

The former Preparatory Headmaster, Patrick Lees, remains a registered trustee in respect of the Masters Office until changes have been approved. Lester Lalla will be formally registered as a trustee as part of the same process. 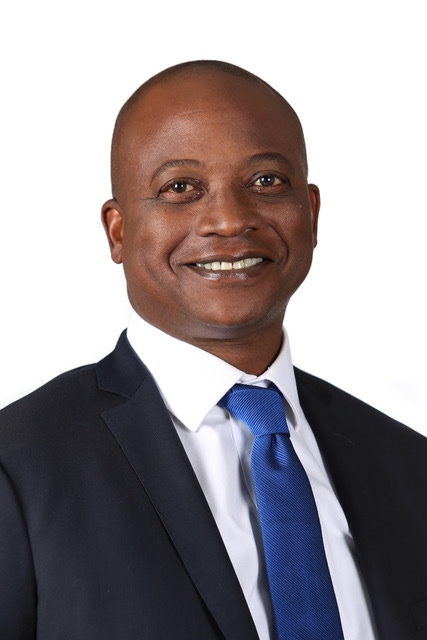 Brooks is the Chief Financial Officer of Corporate and Investment Banking (CIB) at Standard Bank and has over 20 years’ experience primarily in the financial services industry. Previously, Brooks was CEO of Hollard International, responsible for the group’s operations in 10 countries. Brooks has been involved at St John’s For more than 10 years - his first son Phillip matriculated from St John’s in 2018 and his younger son Motheo has been at St John’s since 2015.