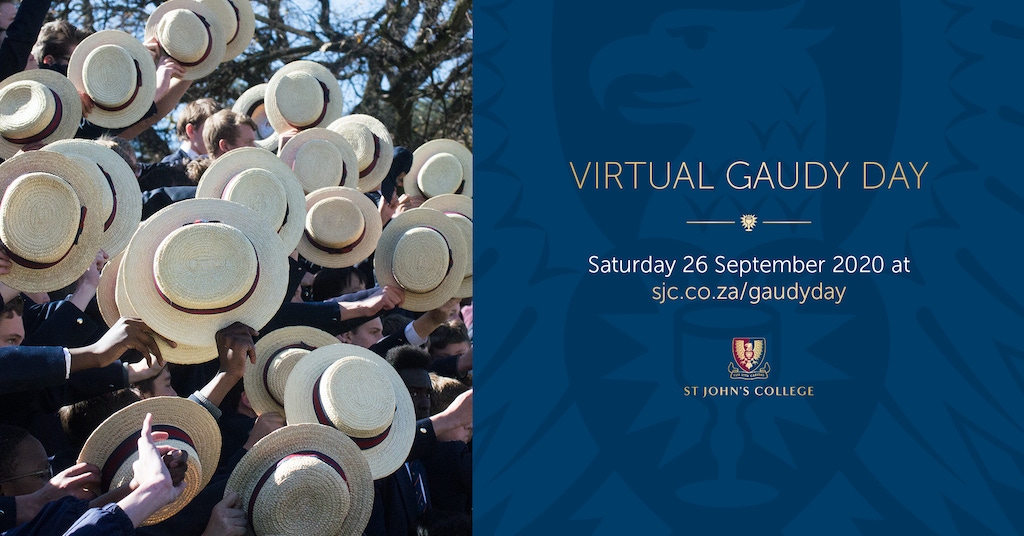 The COVID-19 pandemic and subsequent lockdown has necessitated a reimagination of a traditional Gaudy Day, and so we present you with our first-ever Virtual Gaudy Day Experience.

We have packaged the various elements of a traditional Gaudy Day to give our Old Johannians across South Africa and the world a unique opportunity to connect with our school.

Enjoy the Gaudy Day service, meet the Golden Eagle Award recipients, listen to the Chairman of the Old Johannian Association's address, learn about the history and significance of Gaudy Day, watch the Drama performances and the Old Johannian Concert, wander through the Virtual Art Exhibition and take a look at the history of sport at St John's.

Let us come together and celebrate our shared love for St John's College.

Let the 'Bronze Boys' take you on a trip down memory lane as they escort you from the Prep, the oldest part of the school, through to The Memorial Chapel for a Gaudy Day welcome from Mr Stuart West, Executive Headmaster.

The Gaudy Day service is conducted by the College Chaplains The Revd Dr Jeremy Jacobs and The Revd Thapelo Masemola with the homily by The Revd Angus Paterson (OJ Hill 1973), and music from the St John's College and Old Johannian Choirs.

We also take a moment to remember the Old Johannians who have passed since we last met at Gaudy Day.

The Golden Eagle Award was introduced in 2004 by the Old Johannian Association, in partnership with the College, to recognise and celebrate the extraordinary impact that Old Johannians have made in South Africa and internationally. The award recognises and celebrates the valued, lasting contributions of Old Johannians who have made a difference in their community, industry, arena of life or field of study. 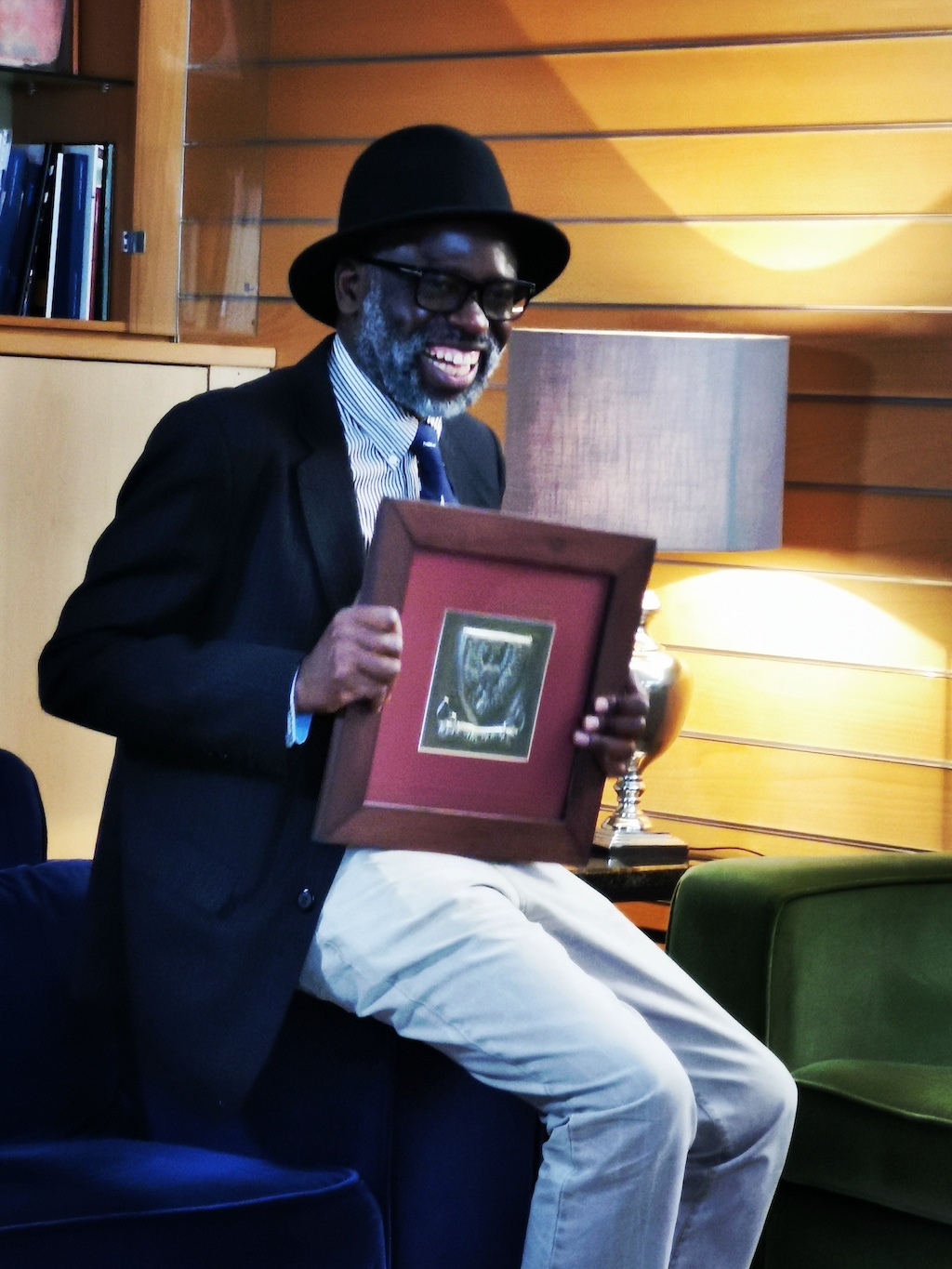 He became a Professor at the University of the Witwatersrand in 2003 and the chairperson of System and Control Engineering in South Africa. Today, he is Vice-Chancellor and Principal of the University of Johannesburg, a position he has held since 2018.

Prof Marwala has received numerous awards and honours, including being awarded the prestigious Order of Mapungubwe, South Africa’s highest honour for achievements in an international arena which have served South Africa's interests. Prof Marwala has tirelessly developed research and human capacity in the field of Artificial Intelligence, and has led scholarship in understanding and leveraging the importance of the fourth industrial revolution for our continent. We are honoured to have Professor Marwala as our Golden Eagle Award recipient for 2020. 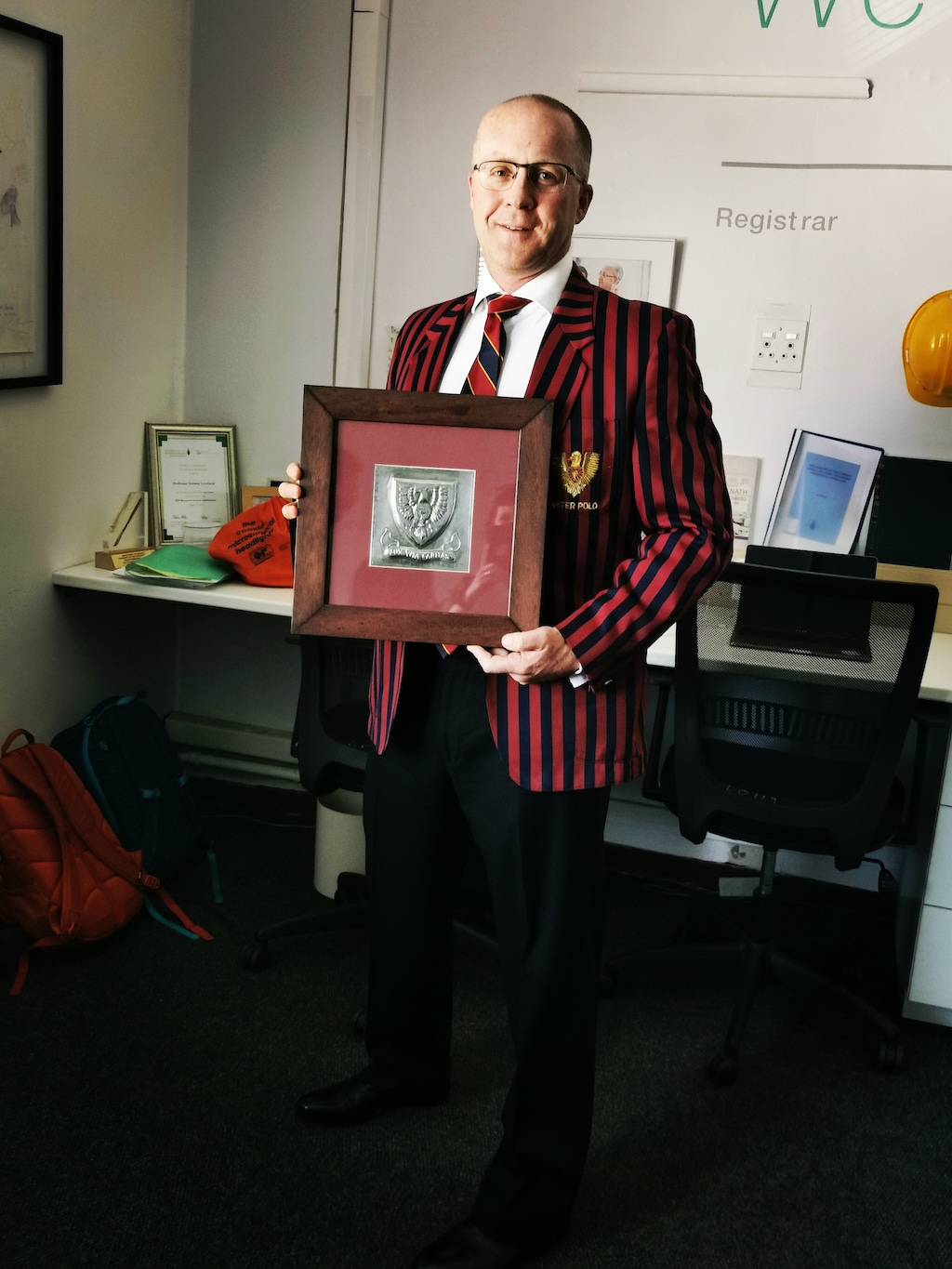 Professor Jerome Loveland (OJ, Nash 1990) is currently Head of Paediatric Surgery at Chris Hani Baragwanath Academic Hospital, University of the Witwatersrand and the founder of the Surgeons for Little Lives.

Prof Loveland matriculated from St Johns College in 1990 and completed his medical degree at Witwatersrand University before specialising in Paediatric Surgery and becoming one of South Africa’s leading transplant surgeons. He was appointed as the Clinical Head of Paediatric Surgery at Chris Hani Baragwanath Hospital, where he has helped to train the next generation of paediatric surgeons and created a world-class paediatric surgical facility. In addition to his clinical work, Professor Loveland has a keen interest in research and has published widely in the fields of Paediatric Surgery and Transplantation. His charity, Surgeons for Little Lives, has raised more than R50-million and changed the lives of thousands of South African children who have needed surgery.

Professor Jerome Loveland has made a significant contribution to South African society through his tireless and selfless dedication to improving and saving lives, as well as leading research and training and inspiring medical professionals. The Presidency has recognised Prof Loveland for “Excellence in Paediatric Surgery”, and Wits has recognised him for his exceptional service and research. He represents the ethos of selfless service to others, encapsulated in the college motto, Lux Vita Caritas is evident in all that he does.

Damian Boyce, Chairman of the Old Johannian Association, welcomes the Old Johannians from South Africa and around the world back to St John's College for this 'virtual' opportunity touch base with the school we know and love.

A History of Gaudy Day

The COVID-19 pandemic has necessitated the reimagination of what would have been the 109th annual Gaudy Day.

"But, it is not the first time that supervening global events has wreaked havoc with plans for Gaudy Day festivities," says Dr Daniel Pretorius, Chairman of the Heritage Committee. Read more …

The Art Department at St John's College has been developing young artists for more than three decades, a fairly new department in respect of the history of the school.

Art is offered in all grades throughout St John's College as a way to develop critical thinking, explorative learning and to provide a platform for story-telling.

In this virtual exhibition we present artworks that have been conceptualised and completed by our students during the course of this year, from Sixth Form, College, Prep, Pre-Prep and even the little ones at The Bridge .

We are delighted to share the fruits of their lockdown labours with you.

The Drama Department in 2020

The St John's College Drama Department began the year with auditions and rehearsals for our major production Hani: The Legacy, but the COVID-19 pandemic and subsequent lockdown put a stop to our plans ...

The much anticipated FEDA Festival was also cancelled, and we had to reimagine our beloved tradition of House Plays, presenting them as a wonderful series of digital bytes.

Here we showcase the work our students in the College have done during the course of this year.

In 2019 the Drama Department created an original musical for the annual school play.

Devised by the students, it incorporated the stories and history of the school from its very beginnings, as we move towards celebrating the 125th anniversary of St John’s in 2023.

We brought together two very different types of music – hymns and hip-hop - and through these forms shared stories and memories from the past.

This is a wonderful collection of performances, arrangements and compositions from St John’s College Old Johannians who matriculated between 1991 and 2019.

Mens Sana in Corpore Sano: A Concise History of Sports at St John's

Sport has been an integral part of the St John’s education from the very inception of the College in 1898.

The school’s educational philosophy has always entailed the development of students not only in mind, spirit and character but also in body. This philosophy is articulated in the School Prayer and the School Hymn. Dr Daniel Pretorius, Chairman of the Heritage Committee, takes us on a retrospective journey of the history of sports at St John's College. Read more ...

Thank you for joining our Virtual Gaudy Day Experience. We hope you've enjoyed reconnecting with St John's and we look forward to seeing you in person at Gaudy Day next year!