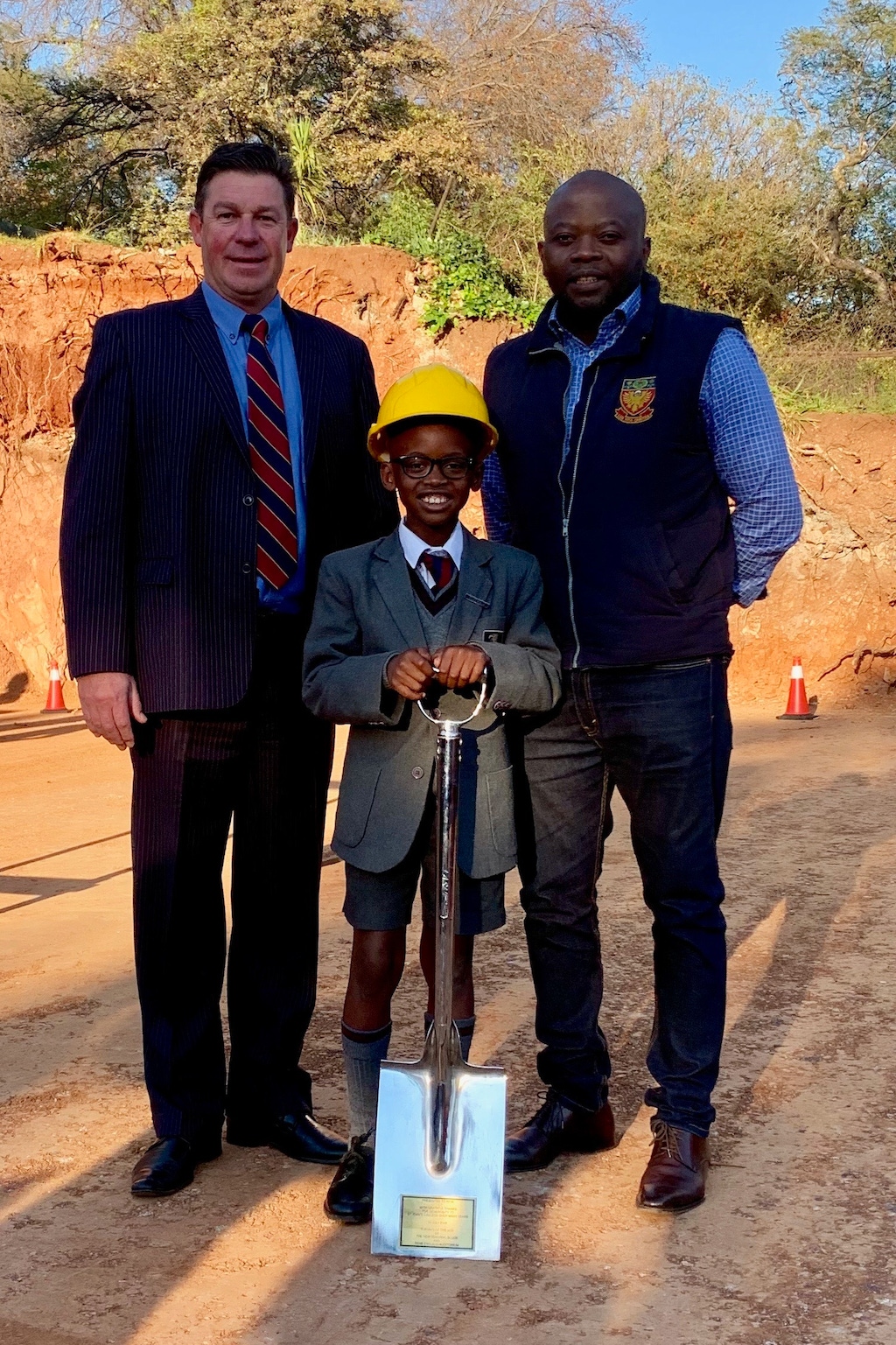 The St John’s Prep boys, staff and honoured guests attended the “groundbreaking” ceremony of the new Prep building this morning, an exciting state-of-the-art facility that will serve the Johannian Community for years to come.

The Community of the Resurrection built St John’s College on a Venture of Faith 121 years ago. These magnificent buildings whose halls, quads and classrooms have stood the test of time, serving thousands of Johannians, are still going strong. Today St John’s continues their journey and vision. “Our dream is that in another 120 years, Johannians will look out over the amphitheatre and Burger Field, look east and say - the Prep building has stood the test of time, served thousands of Johannians and is still going strong,” said Patrick Lees, Headmaster at St John's Prep. “Boys, look at where you are standing, and in 30 years, when your sons are in the Prep, you can tell them that you stood on the foundation of the magnificent building they are lucky enough to be educated in.”

The new Prep building, which will interface with the existing Prep facilities, will include 18 new interactive classrooms, multifunctional classrooms, collaborative breakaway workspaces, new science labs, and a multi-purpose hall with a focus on sustainable design that is resource an energy efficient.

Father Ian Stevens, Prep Chaplain, aided by Mogorosi Motau, Upper III (Grade 7), blessed the site of the new Prep building and David Mulenga, Upper I (Grade 3), representing the boys of the Prep, turned the soil. David is the son of an old boy and former teacher at the Prep.

“The Ceremony is an important one for the community,” said Mr Cliff Midgely, Project Manager of the build, explaining that the shovel used to turn the soil on this site is the same that was used to mark the beginning of previous building projects at St John’s.