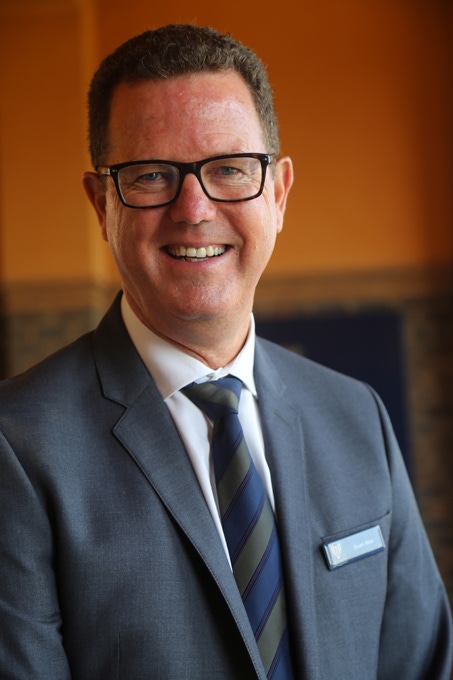 St John’s College was founded in 1898, only 12 years after the discovery of gold on the Witwatersrand. Today it is counted as one of South Africa’s pre-eminent schools, with a reputation for excellence that extends well beyond the borders of South Africa.

St John’s College was founded in 1898, only 12 years after the discovery of gold on the Witwatersrand. Today it is counted as one of South Africa’s pre-eminent schools, with a reputation for excellence that extends well beyond the borders of South Africa.

St John’s was founded by the Anglican Church – Anglican traditions and values underpin everything we do. Our School Prayer calls upon God to make St John’s a home of religious discipline, which sends forth young men and women “rightly trained in body, mind and character”.

St John’s is unique in the South African school context in that it is a boys’ school, book-ended by girls: we are joined by girls in the earliest phase of education at The Bridge Nursery School, and again at the final stage in Sixth Form. The St John’s Sixth Form is the oldest post-matric Cambridge centre in the country. We are proud of the excellent results it achieves in the Cambridge International Examinations. The academic edge provided by teaching and learning in an internationally accredited system not only gives our teachers and pupils an opportunity to benchmark against the best in the world; it also has a significant effect on teaching methods and practice throughout the High School.

The school offers an enviable range of activities, and an unwavering commitment to excellence in the classroom, culturally and on the sports field. At St John’s it is admirable to achieve academically, and the boys who are brilliant musicians and debaters are fêted and celebrated as much as the outstanding sportsmen. We aim to produce young men and women who are inquiring, enthusiastic, tolerant and resilient; young individuals who know the difference between right and wrong and who have the courage to stand up for that in which they believe.

St John’s is proud of its heritage, culture and achievements, but we cannot become a “ghetto of privilege”. It is important that we play a key role in our immediate community, and that we offer support to those who are less fortunate than us. The St John’s College Academy and Prep Academy provides an afternoon enrichment programme to boys from our immediate surrounds of Yeoville, Berea and Hillbrow, in the key subject areas of English, Maths and Physical Science. Our Centenary Scholarship programme offers scholarships to talented young black South Africans who are unable to afford our fees, and we cultivate future generations of teachers via our teacher internship programmes.

Our physical location on the edge of Johannesburg’s inner city emphasises our obligation to impact positively on the environment. Exciting initiatives are afoot to “retake” The Wilds by establishing outdoor education programmes and community initiatives in this beautiful, but neglected, part of Johannesburg.

St John’s is internationally connected through its membership of the International Boys’ Schools Coalition (IBSC) and the prestigious G20 group of schools.

It is an honour to be the headmaster of this great school. I hope that whether you are a Johannian, a teacher, a parent or an old boy, you are as inspired by this place as I am and that together as partners we will continue to produce young men and women of character who will go out and make a difference in the world.

The 114th annual Interhouse Athletics Championships took place on Wednesday 3 August, on Rice and Mitchell Fields, with our young athletes competing in a number of track and field events in their respective houses.

South Africa was sad to learn of the passing of well-known film and entertainment critic and print and broadcast journalist Barry Ronge. Barry was renowned for being bravely outspoken and was internationally respected for his wit and intellect. What is less widely known is that Barry taught English and Afrikaans at St John’s College from 1969 to 1971.

Joshua Boulle (UV Clayton), First XV Captain and his outside centre partner Joel Leotlela (UV Nash) have been selected for the SA Schools Rugby squad, the first time in the history of St John's that two players have been selected.

It was wonderful welcoming our Old Johannians and greater community back to St John’s for Gaudy Day after two Covid years.

Read more
How a “Half” inspired the “Whole”

How a “Half” inspired the “Whole” ... the story of the origin of the St John's College First Rugby Team “Half” Jersey.

Sihle Simelane (UV Fleming) addressed his peers at a youth-led assembly as part of our Youth Month celebrations. 5fm's #5Breakfast was there to broadcast his message live to South Africa.

Read more
The Extra Half

While it is true that one game doesn’t make a season, one game can certainly make a season memorable. For any Johannesburg school, a trip out to a Pretoria-based school often carries with it a sense of nervousness.

The past weekend saw the St John’s College rugby and hockey teams travelling to Pretoria Boys High School, where 30 games were played across both sporting codes.