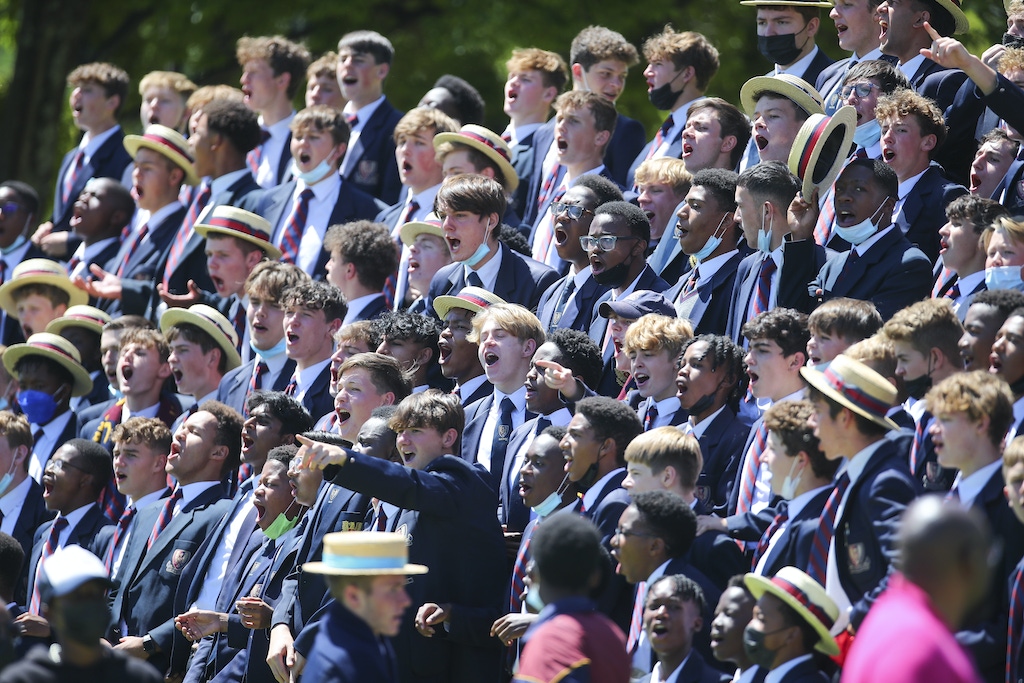 A round-up of the week in sports at St John's College as the winter derby season officially kicks off at St Alban's College in Pretoria. 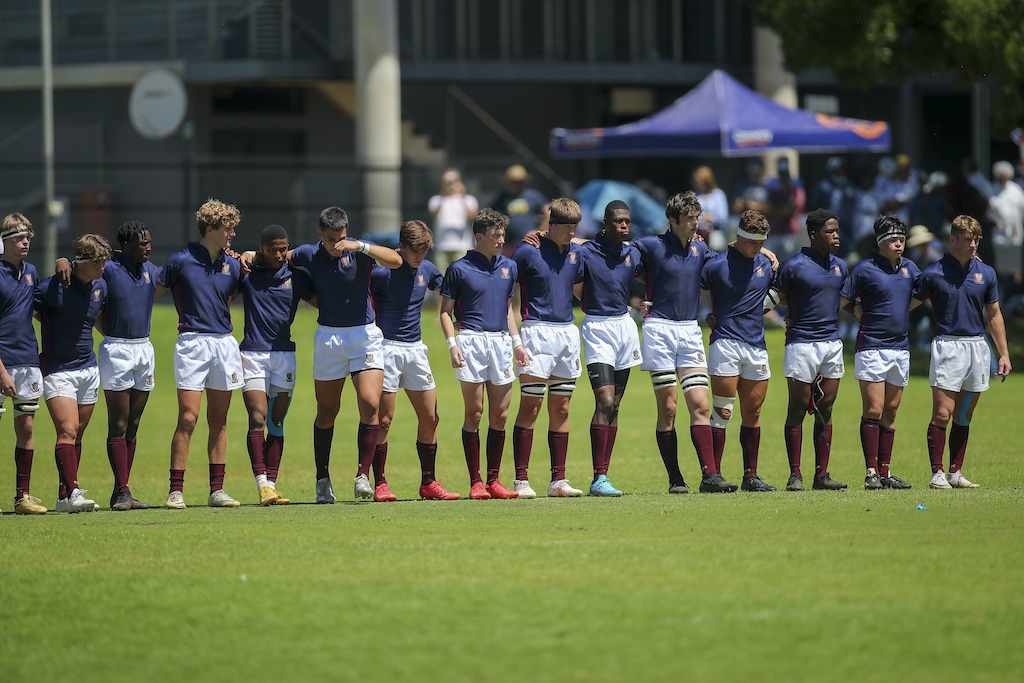 There was much excitement as St John’s College travelled to St Alban’s College to meet their first opponents of the 2022 winter sports season.

St John’s recorded impressive results throughout the day, claiming 7 out of 8 victories, only narrowly losing the U14B game 10-5.

The 3rd XV game saw a clinical performance by the St John’s boys, emerging with an emphatic 0-51 win that set the tone for the day's play on Moshate Field. There were some closely contested games but the game of the day saw a strong showing from St John’s College, running in three unanswered converted tries courtesy of Joshua Boulle (UV Clayton) who delivered a penalty try and Kieran Durant (UV Nash) and Joel Leotlela (UV Nash) converting two. The first half ended with a score of 0-21 at half-time.

St Alban’s were the only ones to register a score in the second half but the Blues are to be commended for their brave defensive performance that made it difficult for the hosts to breach the gain lines. In the end, it was St John’s who were victorious with a 7-21 win away from home.

Joshua Boulle (UV Clayton), First XV captain was particularly pleased with the result and the massive shift put in by his teammates saying: “The First XV started the season on a very positive note. The boys played with heart and gave everything they could for the College, and we managed to secure the win. We are looking forward to the season ahead.”

All the games were played in great spirit, kicking off the 2022 campaign in fine style. 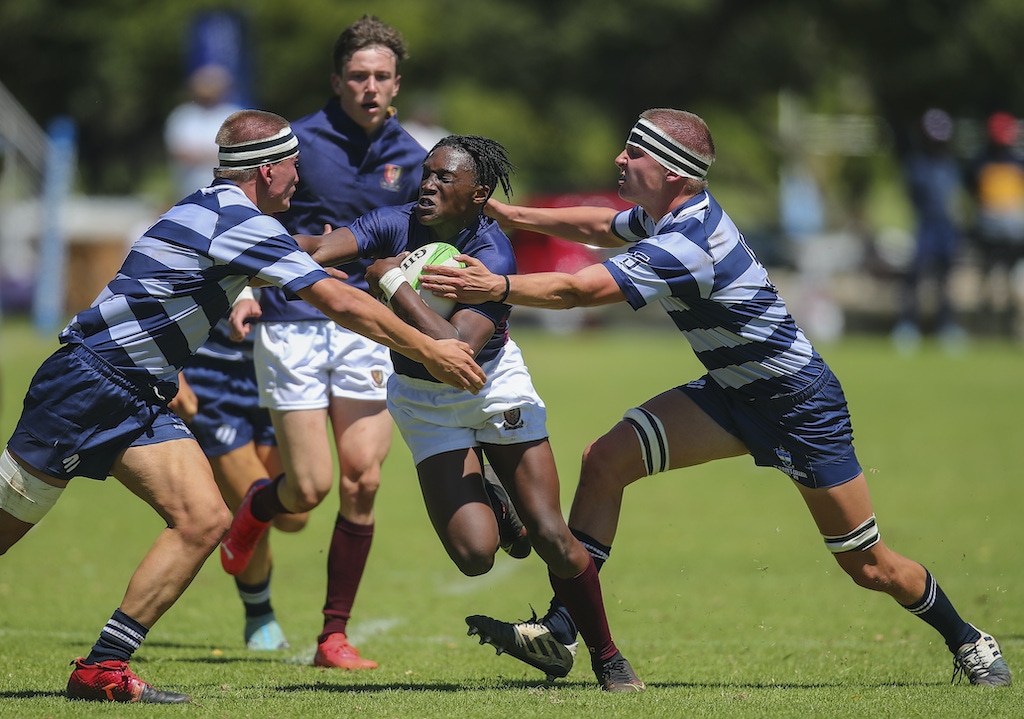 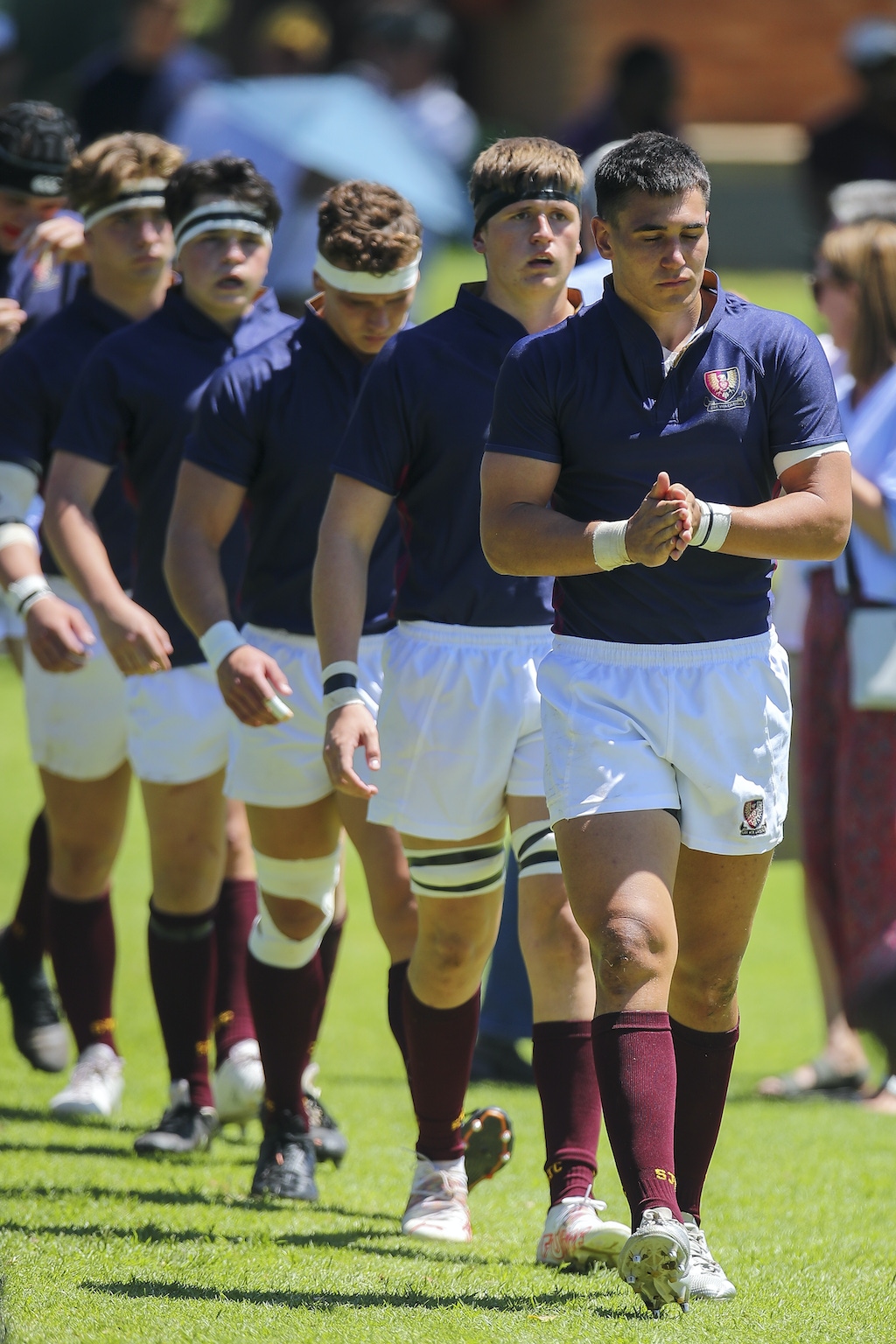 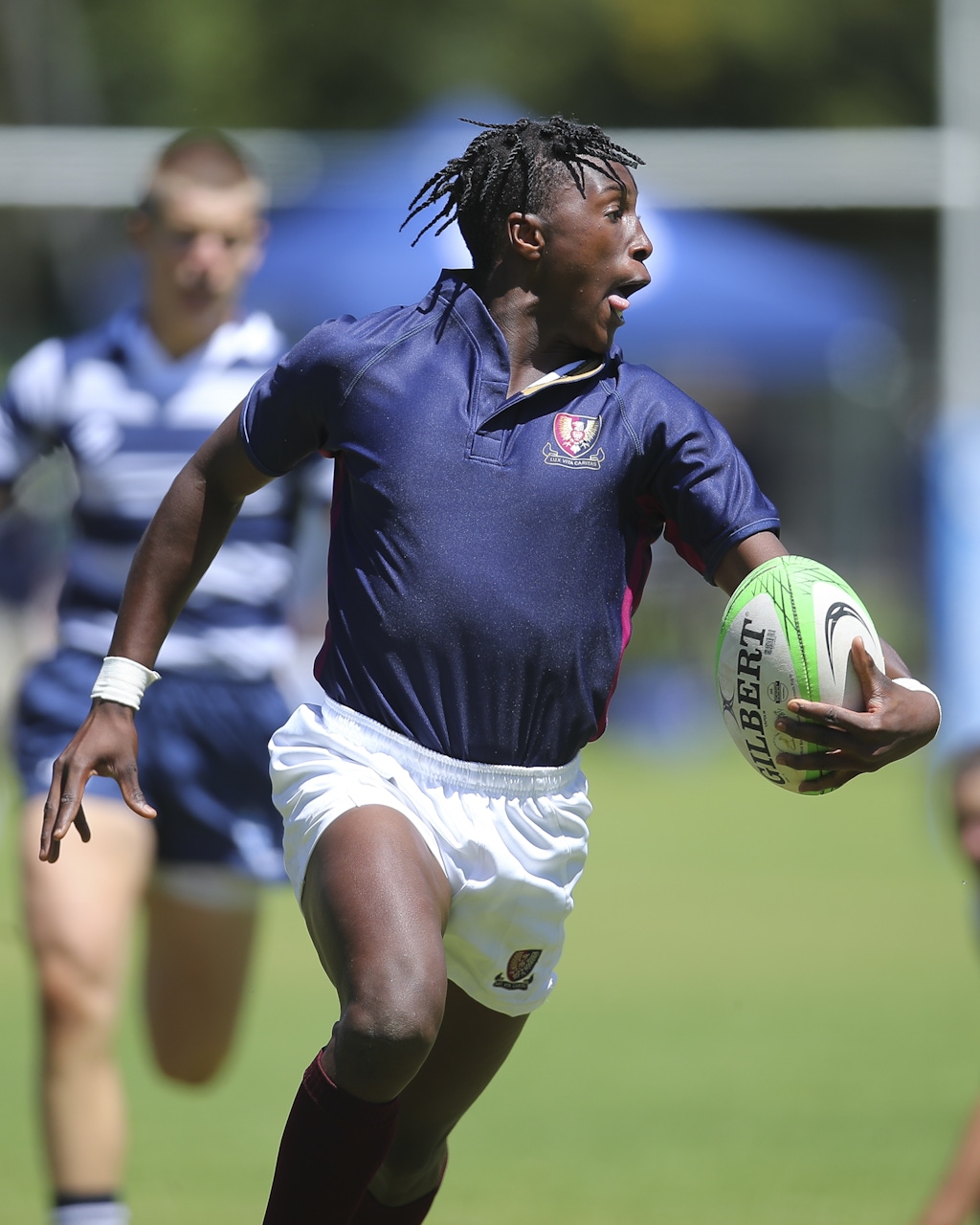 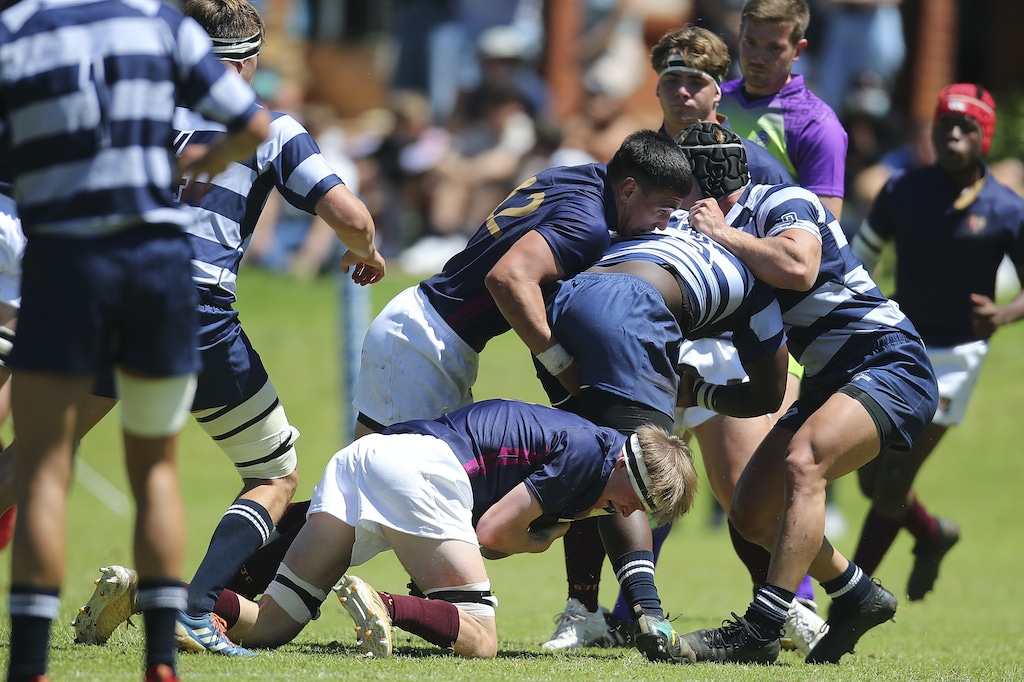 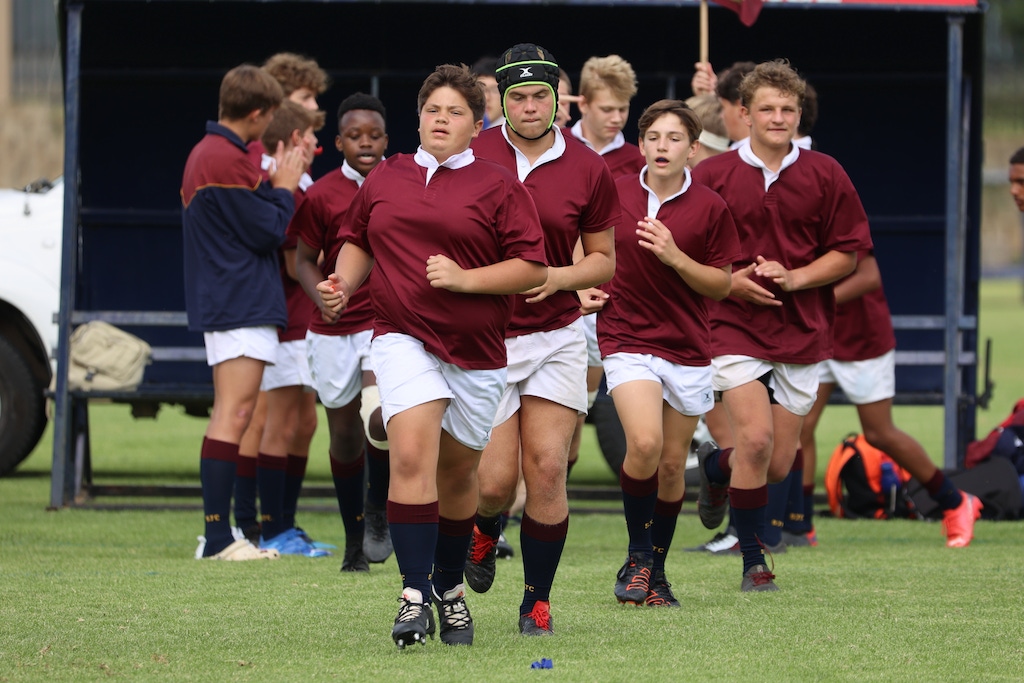 The U15A squad travelled to the Free State to take part in the U15 St Andrew’s School Rugby Festival to put their skills to the test against opponents they do not often play during their regular school season. The squad showcased some great performances, winning all four games of the tour. The victories included a close contest against Jim Fouche High School, who they defeated by 7 points to 5, while the win against St Andrew’s College, Grahamstown was undoubtedly one of the big results of the festival for our St John’s boys.

Mr Sihle Ndlovu was very pleased with his squad’s efforts and hoped that the work put in would also assist in aiding the boys well ahead of the season.

“The festival was a great way for the boys to dust off the rust gathered from a two-year hiatus and we could not be more proud of their efforts. We look forward to the season ahead and building on the momentum gathered this past weekend,” said Mr Sihle Ndlovu, U15A coach.

The U14A rugby squad made the short trip up to Parktown to participate in the 37th Annual U14 Parktown Boys’ High School Rugby Festival.

The is a wonderful festival that prepares the boys for the season ahead and gets them ready for their first experience of high school rugby. This year saw St John’s facing two tough opponents - KES and Helpmekaar Kollege - where they lost one and won one.

Well done to the boys for getting out there and giving their all in their first taste of playing for St John’s College. The season ahead will be an exciting one. 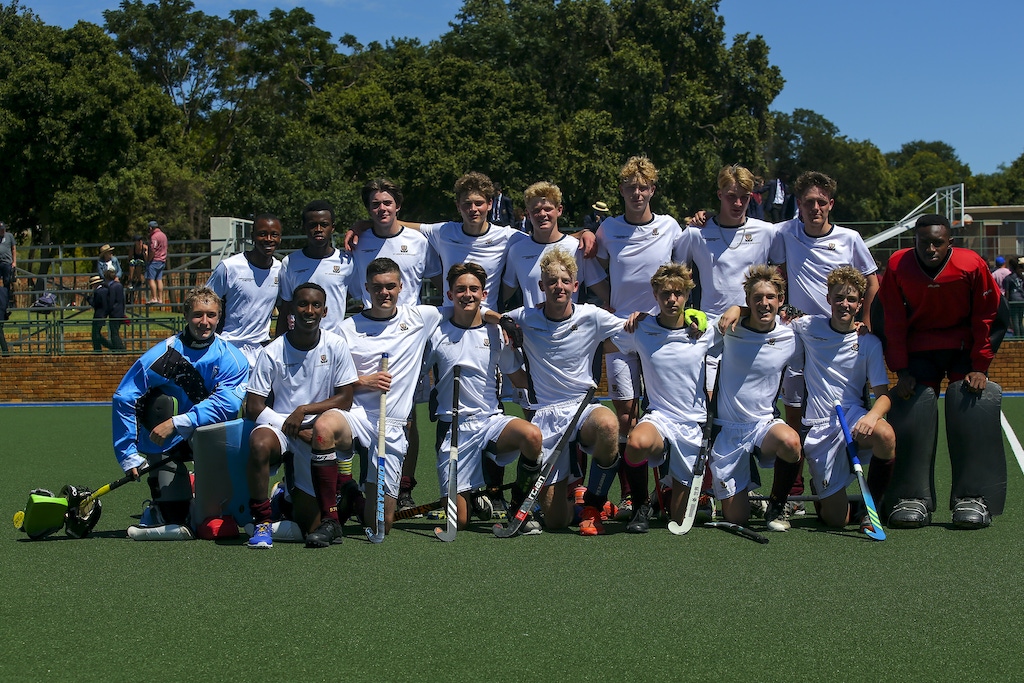 St John’s College hockey saw the ball rolling across the Jukskei as they faced St Alban’s College. They played 14 games with 8 wins, 3 draws and 3 losses. It was a great day out as the boys played competitive games across the age groups again after a long COVID induced break.

The U14As narrowly missed a win by 2 goals to 1. The First XI led by Tadgh Coakley-Eager (UV Clarke) collected a 2-0 victory and the U16As found themselves involved in a thrilling encounter, where their grit and determination saw them walk away with a narrow 4-5 win. The U15As also engaged in a tight battle but managed to see off a resistant St Alban’s with a 0-1 scoreline.

Mr Anthony Woodhouse, MIC Hockey, was delighted to see the boys out on the Astro with smiles on their faces, doing what they love. 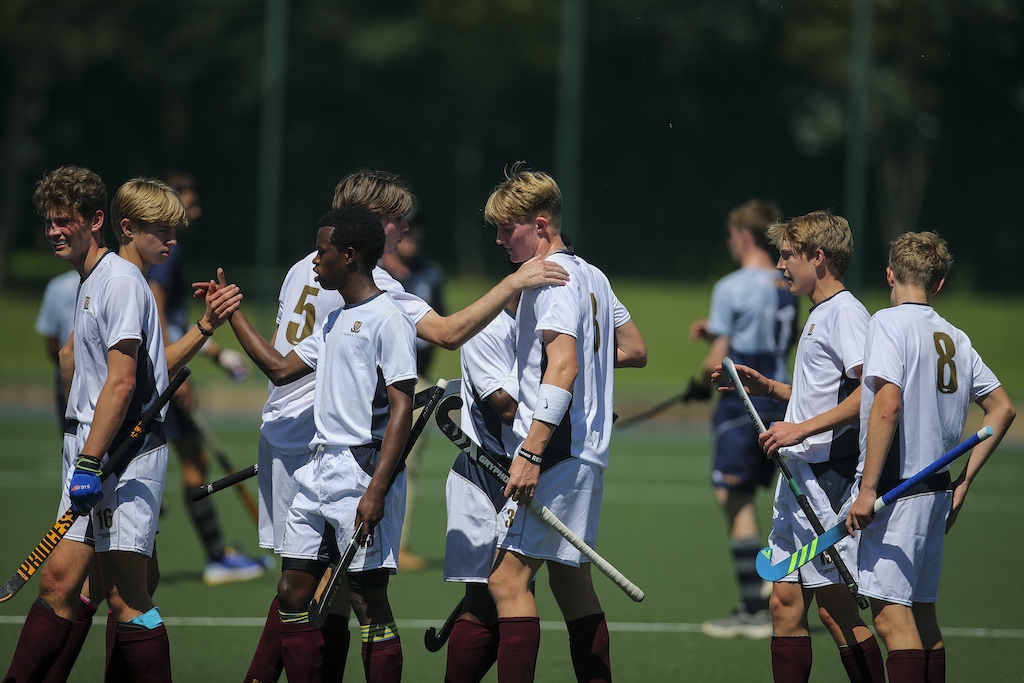 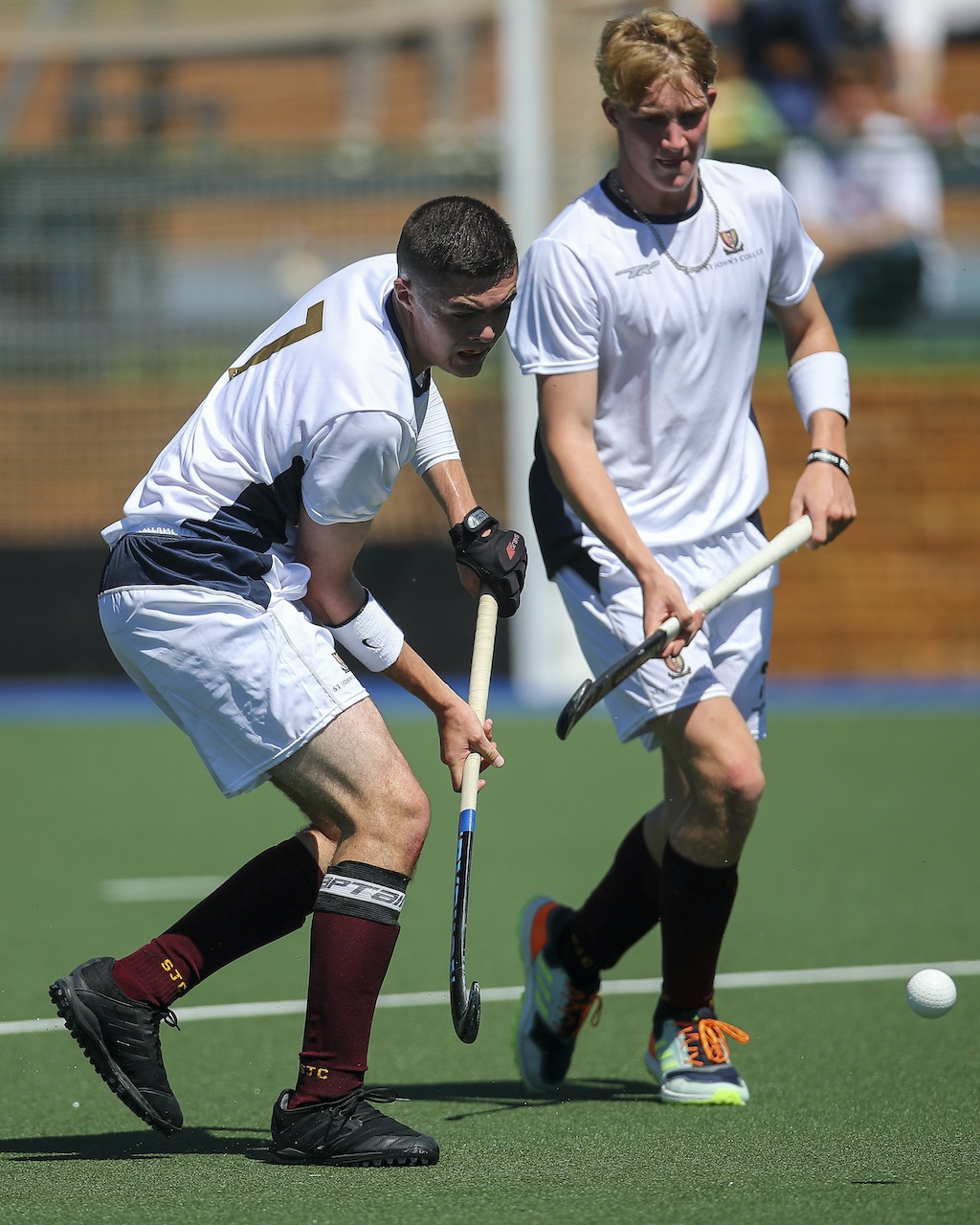 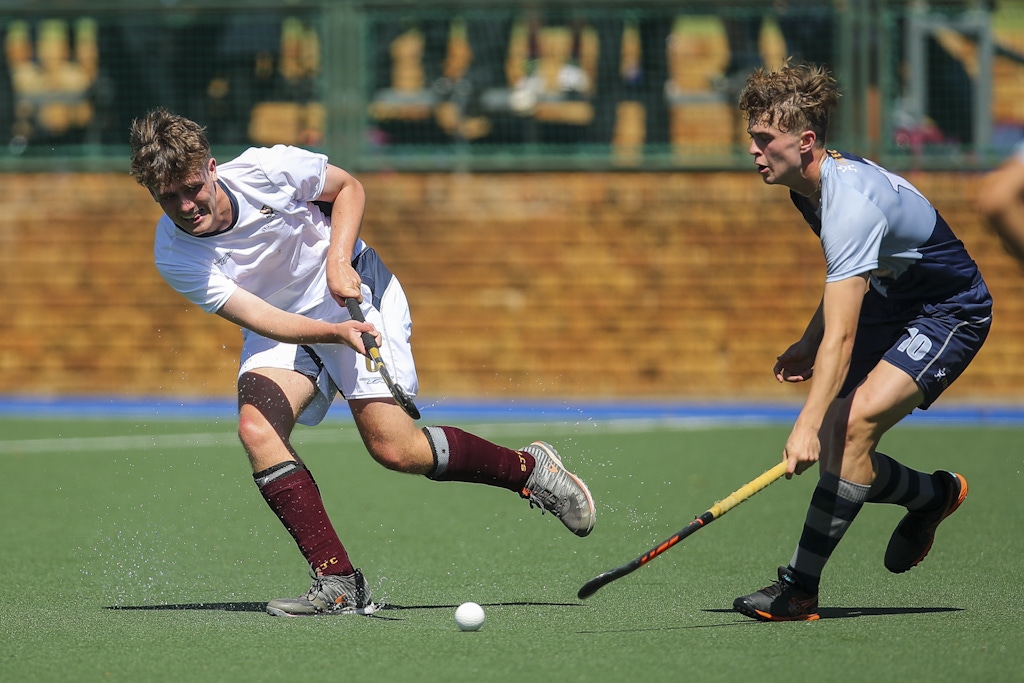 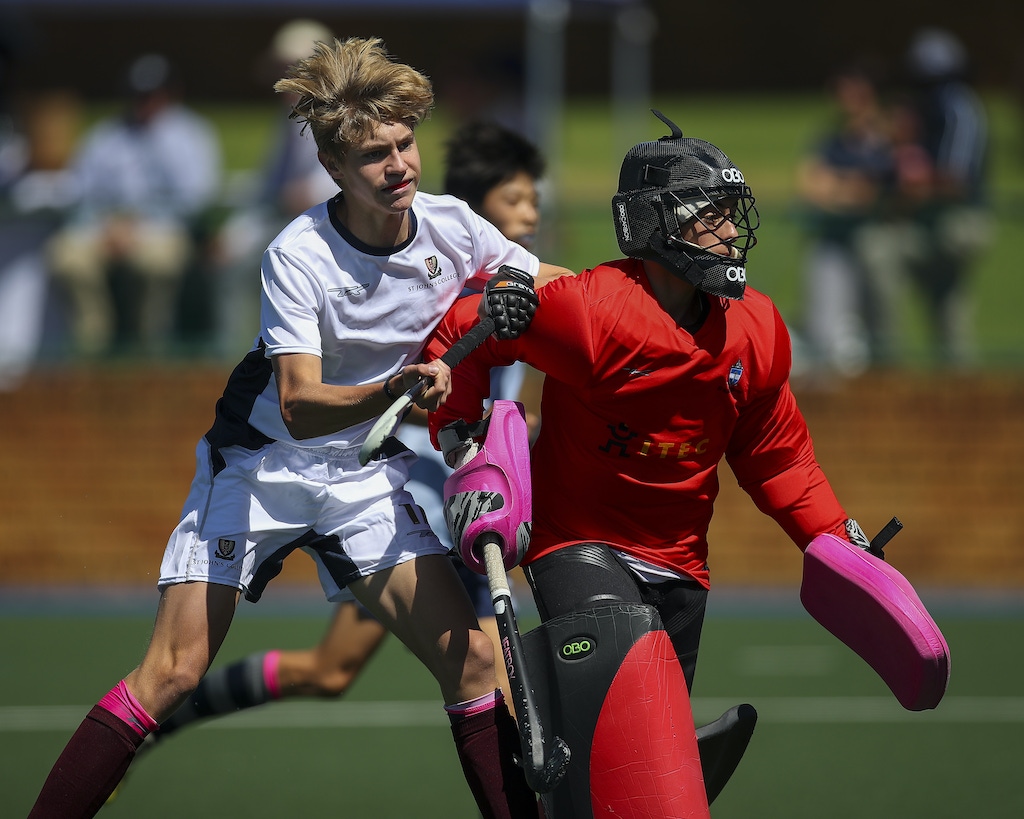 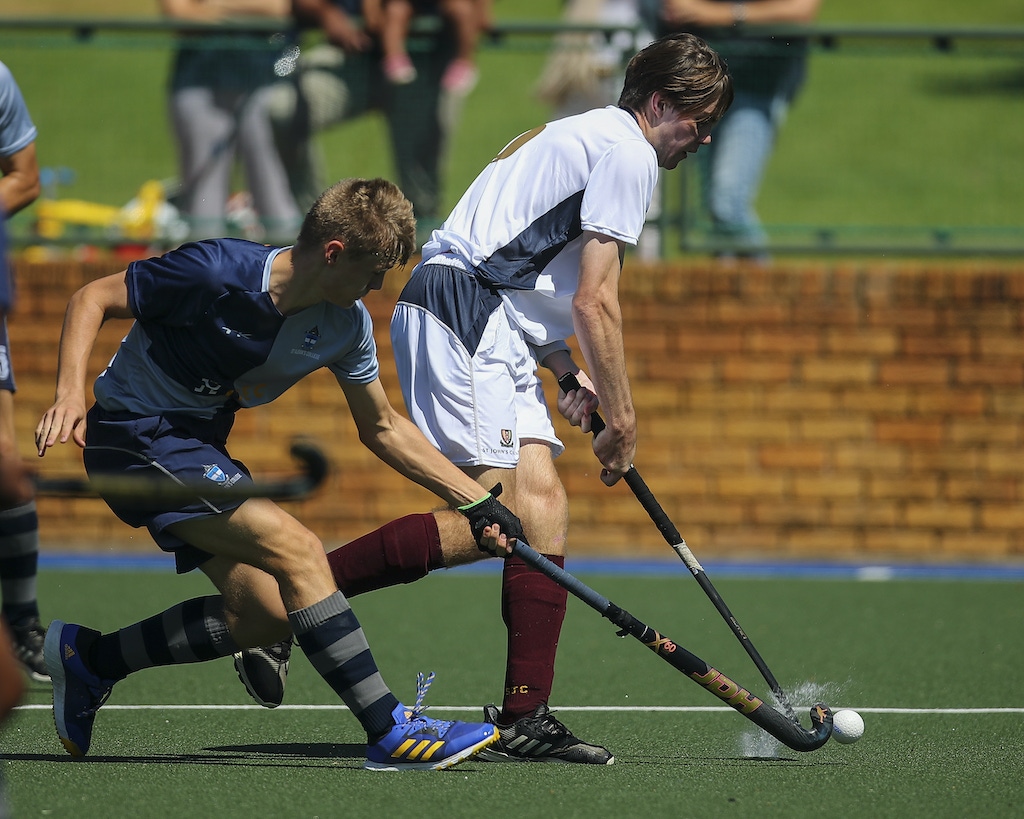 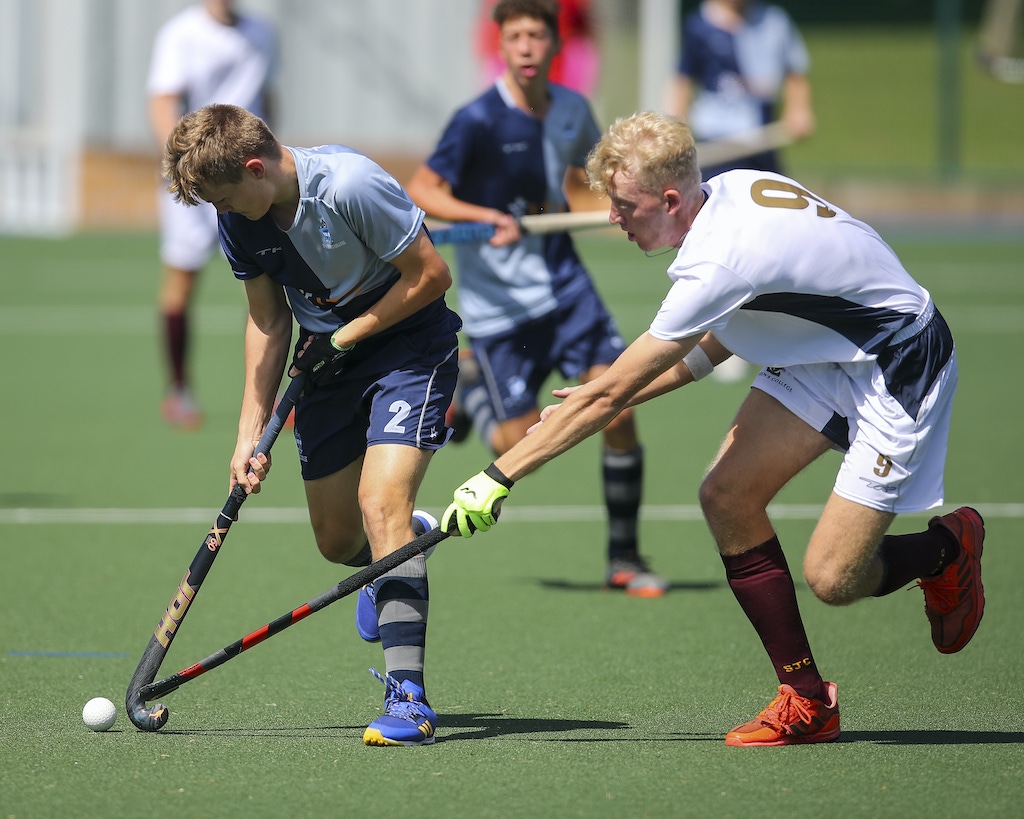 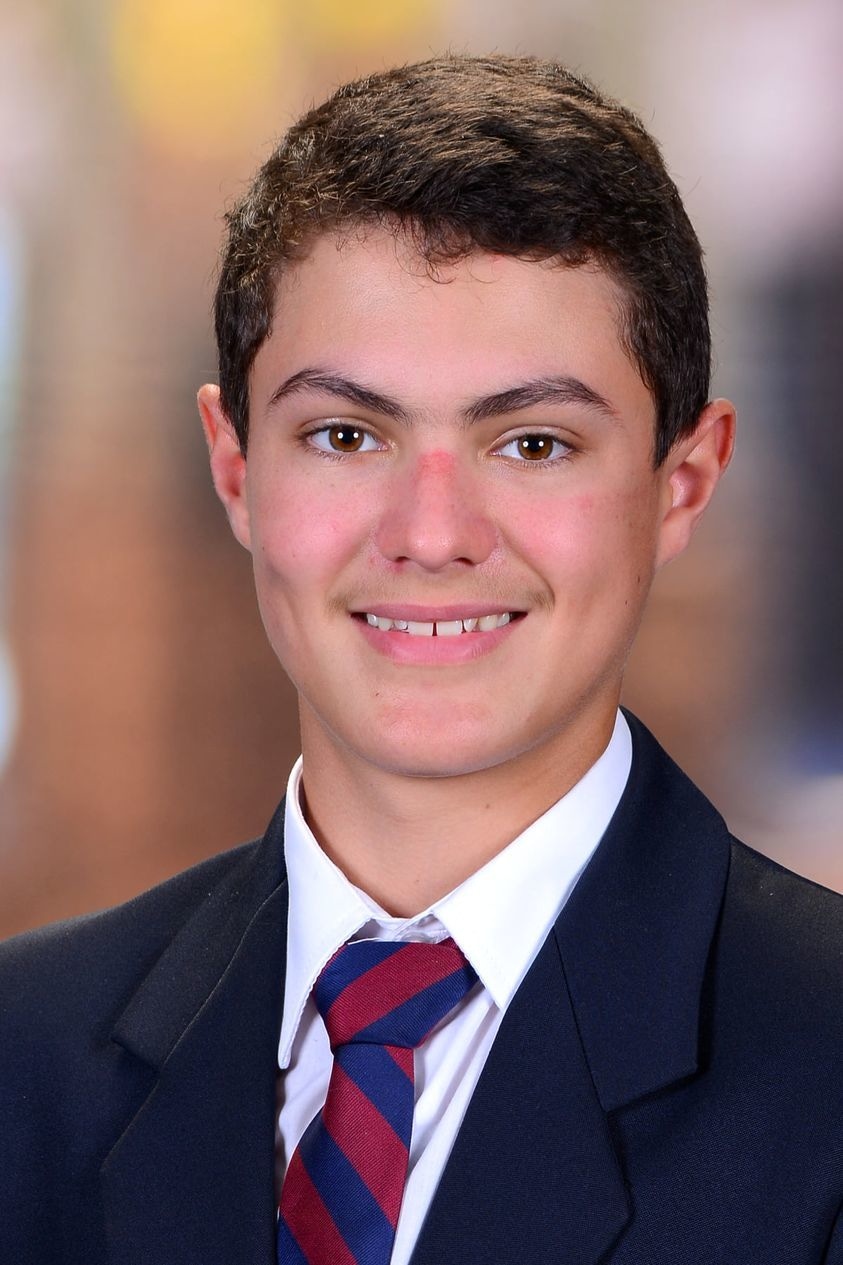 Bruno is now preparing for the South African Sprint Championships which takes place next month and the Marathon Championships in June. If all goes well, he will be selected to represent South Africa at the Olympic Hopes Event in September where the best young paddlers from around the world compete. We wish him all the best. 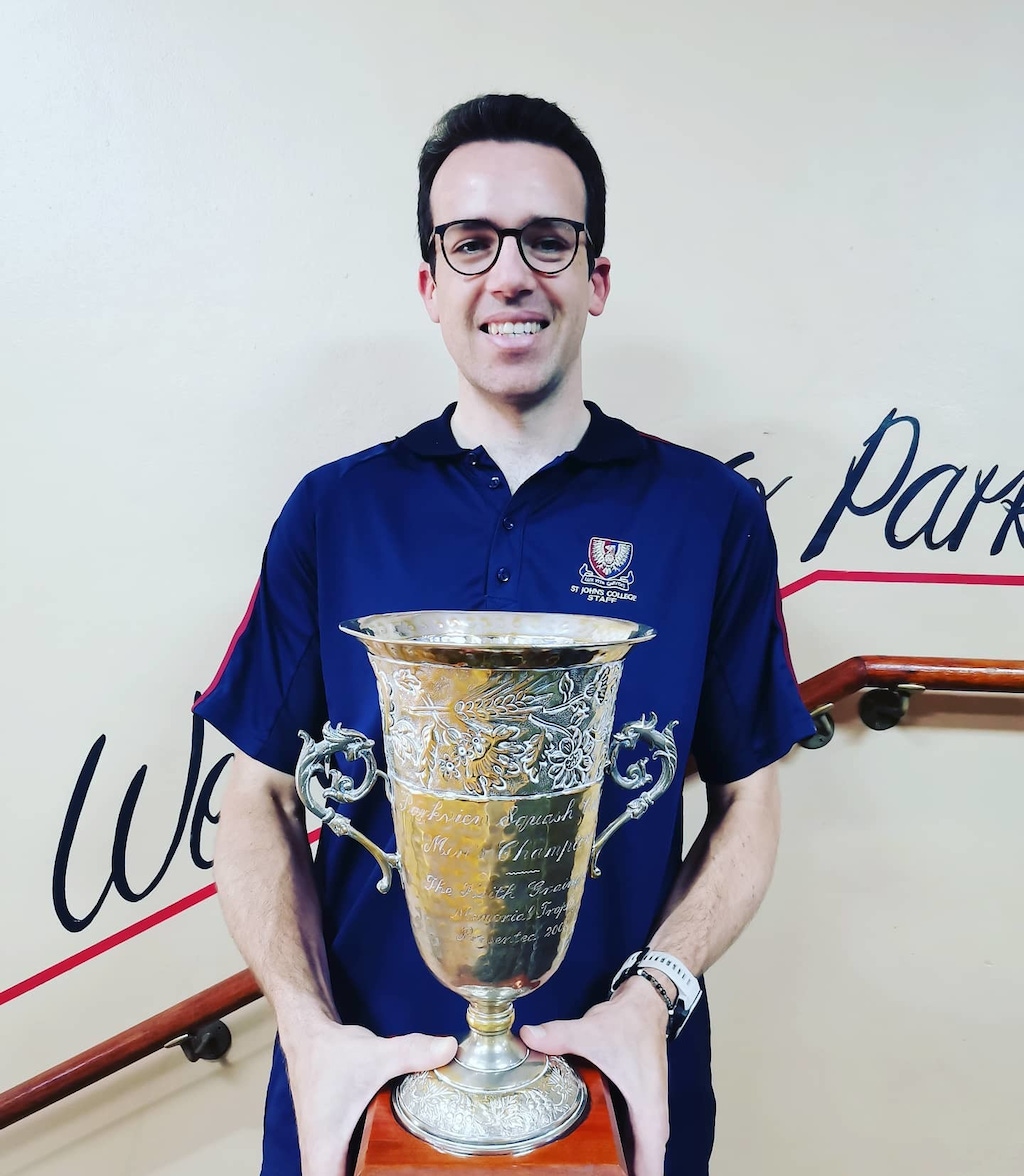 St John’s College History teacher and MIC Squash Mr Bradd Lodge recently participated in the South African National Masters Squash Championships from 10 to 13 March at the Parkview Squash Centre. He won the final 3-0 which makes him the National Champion in his age group (35-39).

Prior to this tournament, Mr Lodge managed to win the annual Parkview Squash Centre's Men's Championship title in December 2021.