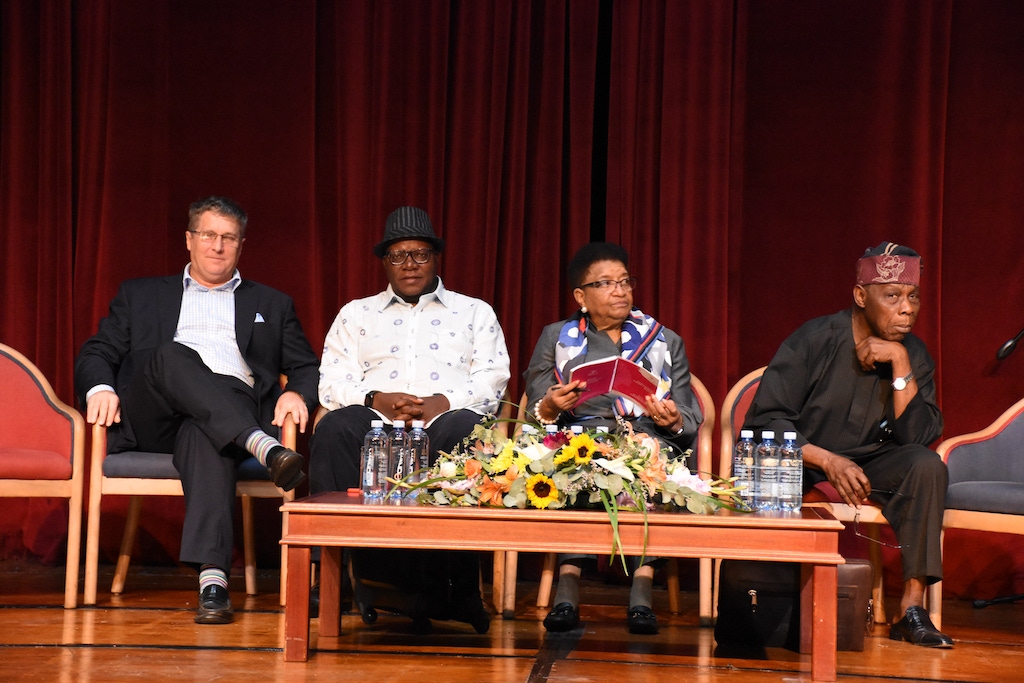 St John’s College was privileged to host some of the authors of Democracy Works: Rewiring Politics to Africa’s Advantage in conversation with our Sixth Form, Upper V and Lower Vs.

The book explores how we can learn to nurture and deepen democracy in Africa to ensure economic growth and political stability. Making a democracy work relies not only on a free and fair election but what happens between elections and the systems and institutions of government. Also, most importantly, it hinges on what politicians want to do with the power they acquire, beyond the power itself. It demands that local leadership has a plan for the country beyond merely winning the popular vote.

The politicians shared stories of their time in office and the challenges that they had faced. President Obasanjo spoke of the Niger Delta where there is plenty of oil and plenty of poverty. Rebels in the area kept breaking the pipelines to steal oil to sell, and the joke was that they did this because every time they requested development in the delta, the government would say “it’s in the pipeline”.

“To you, the youth in this room, the future belongs to you. Believe in it, take it, challenge it, be it. Be the ones to change the world.”

President Sirleaf told us about imposing the one-year executive order against Female Genital Mutilation in Liberia ahead of the 2017 election as she struggled to get it passed as law. The executive order has since expired but she remains hopeful that it will one day become law. It has been difficult to tackle such a deeply rooted cultural practice.

Mr Biti laughed as he told the audience “We invented state capture. You perfected it.” He went on to say that regular people’s lives have gotten worse since the coup in 2017. However, this is not a failure of democracy, it can be remedied by making state institutions work. He also spoke of the role that social media has played in breaking the monopoly on state ownership of media in Zimbabwe who have a single national newspaper and broadcaster.

Greg Mills commended the selflessness of service of these leaders and how they take good ideas and root them in society, translating ideas into action.

In closing, President Sirleaf left our students with a beautiful message: “To you, the youth in this room, the future belongs to you. Believe in it, take it, challenge it, be it. Be the ones to change the world.”