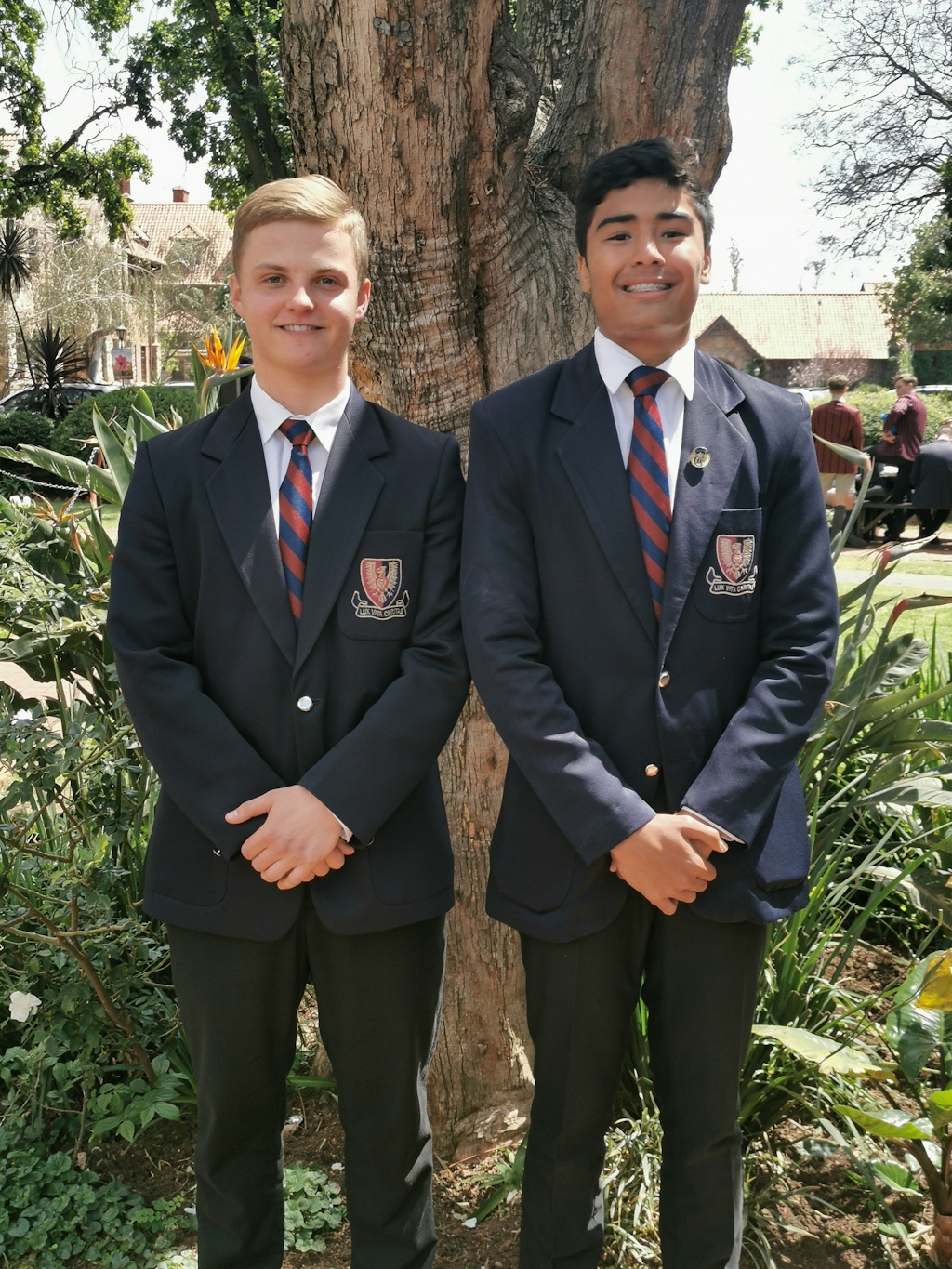 St John's College is proud to present the Head of School and Second Prefect for 2020, Neal Burger (Alston) and Daanyaal Ballim (Fleming).

Neal Burger joined St John’s College in Grade 8 from Laerskool Louw Geldenhuys. He has been an excellent student and a keen sportsman throughout his College career. He has represented St John’s as Captain of the U14A, U15A, U16A and 2nd XI Cricket teams as well as Captain of the U14A, U15A and U16A hockey teams and playing for the Blues in the First XI Hockey side. He has also made U14A Gauteng Hockey, U16B Southern Gauteng Hockey, U17A Southern Gauteng teams.

"I have learnt a number of great life lessons during my time at St John's College for which I am grateful. I have experienced failure, disappointment and success which has prepared me for my life that lies ahead,” says Burger. “It is a great privilege to represent everyone that shown their trust in me. I will lead them unselfishly and make our house, our school and our families proud. We will make 2020 a great and memorable year."

Second Prefect Daanyaal Ballim joined the College from The Ridge School. He has also been an excellent student earning academic colours and has participated in many sports including first team athletics, second team basketball as captain as well as second team soccer and rugby thirds.

Ballim is a keen debater and public speaker. He is a member of the Student Representative Council and the Johannesburg Junior Council. He was named Renaissance Man at Maretlwane in Lower IV and is a recipient of the Gold President Award.

"When I need an example of great leadership, I think back to former Heads of School Raymond Barrow (2018) and Tshepo Chipu (2017) who set the bar at what it should be. They taught me the power of inclusivity and how to stand steady even when you stand out."

We wish these young men all the best during their term of office in 2020.