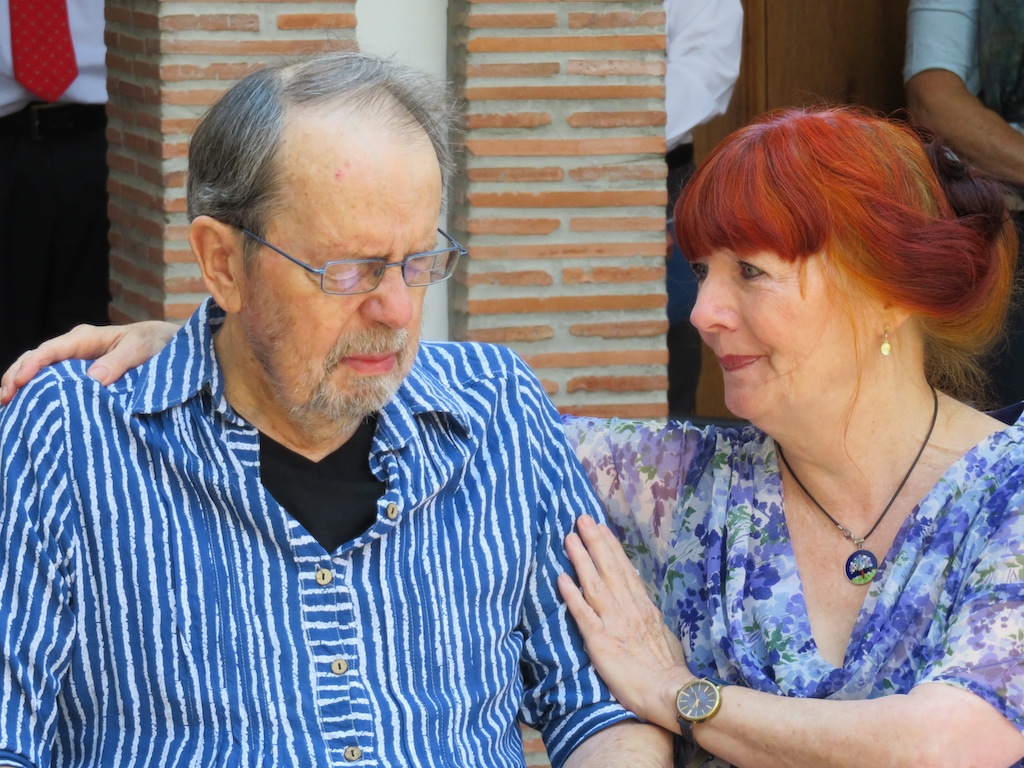 Hugh Lewin and Fiona Lloyd at the naming of the Hugh Lewin Hitory Block in 2018.

It is with great sadness that the Johannian community learns of the passing of Hugh Lewin at his home in Killarney on the 16th of January. Mr Lewin attended St John’s College from 1948 until 1957.

He was a distinguished student, excelling in many school activities. He won many academic prizes at Speech Day (the College’s annual prize-giving ceremony). He was an editor of the school magazine, The Johannian. He was a house prefect, chairman of the Art Club, secretary of the Pioneer Club and a committee member of the Debating Society. He appeared in five major drama productions. He was secretary of the St John’s African Education Fund, which was set up to provide financial aid to African students wishing to undertake higher education. He was the College squash champion and played rugby for the 1st and 2nd XVs.

While he was at St John’s, the young Lewin developed an awareness of the wrongs of apartheid. This awareness was partly attributable to an innate sense of justice and morality acquired at home (his father was an Anglican priest), and partly to the fact that he often accompanied St John’s teachers to Sophiatown, the multiracial residential area that stood as a symbol of defiance to apartheid. The Anglican parish in Sophiatown was being run by the Community of the Resurrection, which had close links to St John’s College.

These visits to Sophiatown, and the sermons of priests such as Fr (later Archbishop) Trevor Huddleston, opened Lewin’s eyes to the realities of apartheid society. Written works produced by him in the mid-1950s, and published in the school magazine, reflected an acute awareness and abhorrence of the iniquities wrought by apartheid.

Once at university, Mr Lewin became involved in anti-apartheid student politics. Having graduated, he worked as a journalist at the Johannesburg newspaper The Post. In 1964 he was arrested by the apartheid government’s security police. After several months in police detention, during which he was physically abused, he was prosecuted on account of his anti-apartheid activities. Eventually he was sentenced to seven years’ imprisonment. He served his sentence at the Pretoria local and central prisons.

After his release, Mr Lewin described his experiences in his book, Bandiet: Seven Years in a South African Prison. A supplemented version, Bandiet Out of Jail, was published in 2002 and won the Olive Schreiner Prize and the Sunday Times Alan Paton Award. In 2011, he published Stones Against the Mirror, in which he reflects upon his betrayal by a close friend, which led to his imprisonment. Mr Lewin has also written the children’s series Jafta, Jafta’s Father, and Jafta’s Mother, as well as a collection of poetry.

In 2013, Mr Lewin was the recipient of a Golden Eagle Award, which is given to Old Johannians who have made truly significant contributions to society. Last February, the school’s History Block (originally built in 1938 and extended in 1961) was named after Mr Lewin in recognition of the brave moral stand he took against apartheid, and also in recognition of his work as a journalist and writer.