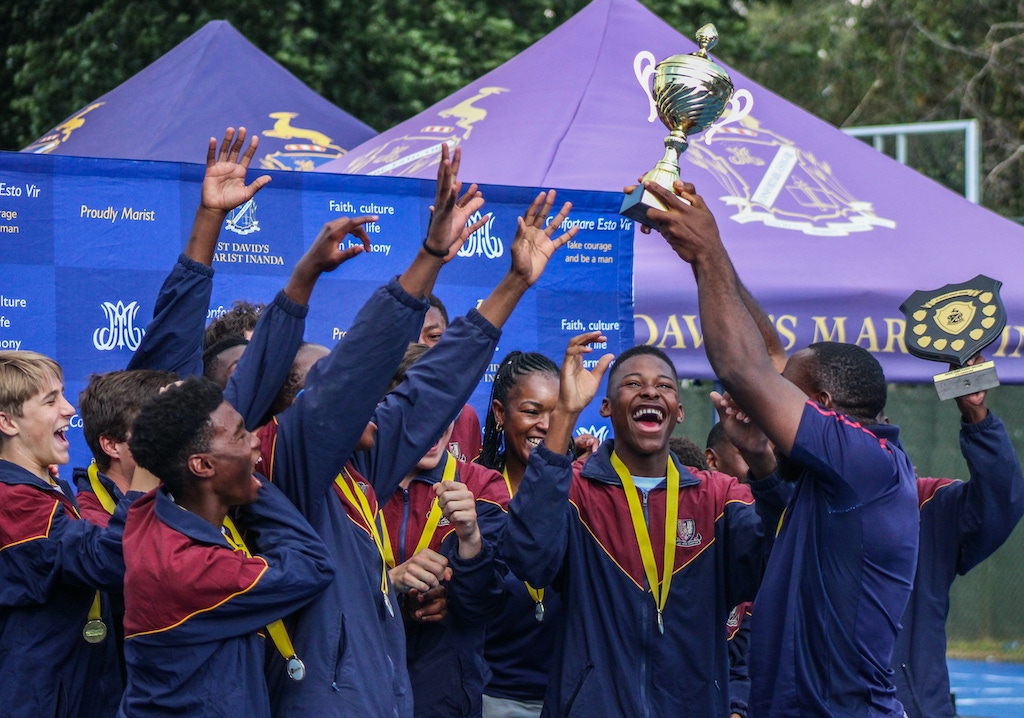 The U15 As celebrate their win at the St David's Marist, Inanda Hoops Classic Challenge. Pictures: Pholoso Phogole (OJ Nash 2018)

The final this year saw a battle of the Saints when St John's College managed to defeat their crosstown rivals St Stithians College 50-46 to be crowned the 2019 Champions of the St David's Marist, Inanda Hoops Classic Challenge.

St John's and St Stithians both deserved their spots in the final, after moving through the pool phases of the tournament unbeaten, with Saints then suffering their first defeat in the final at the hands of St John's.

The St Stithians road to the final saw them put in a clinical performance throughout, defeating St Dunstan's College 57-27, St David's Marist B 51-14, Redhill School 53-17, Jeppe High School for Boys 35-29, and St Benedict's College 35-27. This led Saints straight to the semifinal stage after they had finished top of their pool standings. In the semifinals, they met a tough opponent in Bishop Bavin, who were no pushovers, making it a tight contest that St Stithians edged 44-39 to book their spot in the final.

Fellow finalists St John's also had a smooth run into the final, starting their campaign with a fierce battle with eventual semifinalists in Bishop Bavin, beating them by a narrow 38 to 34 points. That set a great tone for the rest of the pool phase, as the Johannians went onto beat King Edward VII School (KES) 63-31, St Alban's College 40-35, St Andrew's College (Grahamstown) 26-7, and St David's Marist 25-7. The semifinal duel between St John's and St Benedict's College was one that also demanded a peak performance from St John's and Latitha Hlongwane (LIV, Nash) stepped up, stealing the show with his 18 point game, where he also provided an assist. He was the standout man on the court besides Saints' Matthew Bondonno, who landed 14 points, providing two assists. At the sound of the buzzer, it was St John's who were successful in their bid for a spot in the final, when they secured a 50-43 victory.

I've drilled it into the boys that nobody is bigger than the team, and I believe that they have demonstrated this throughout the tournament. 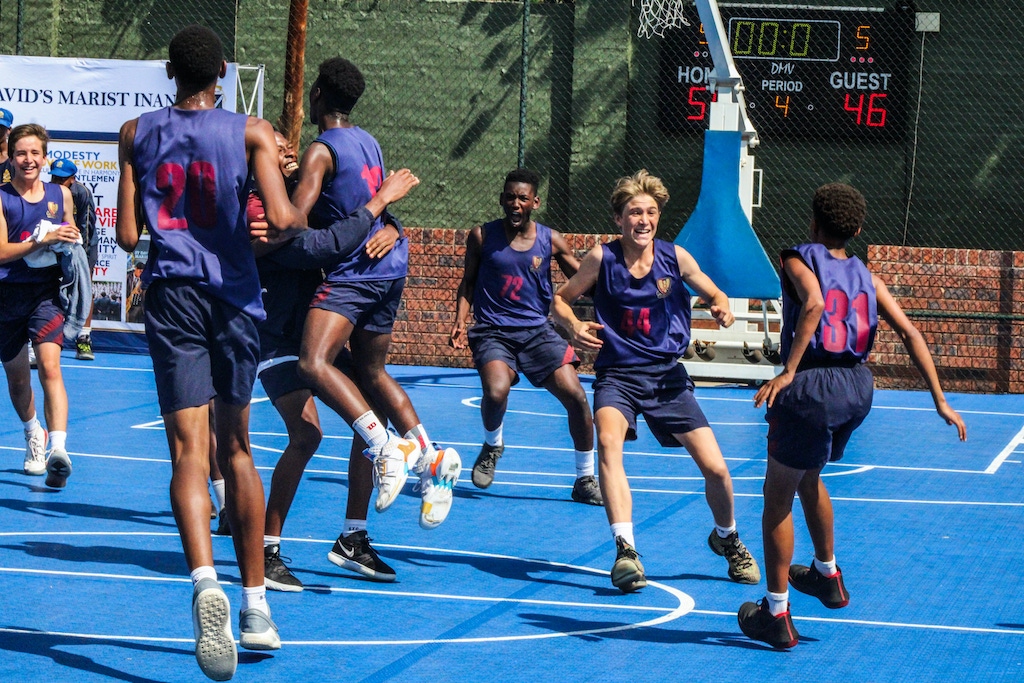 The final between St John's and St Stithians saw very little to tell between the two sides. Saints were, however, the ones that enjoyed a slender lead throughout the first three quarters. The end of the third quarter saw Saints leading 36-32 before St John's turned things up in the fourth and final quarter, producing a remarkable comeback to win the 50-46. Which also then earned them the coveted 2019 St David's Marist, Inanda Hoops Classic Challenge.

St John's College U15 A Head Coach David Onyejieke was pleased with his teams display during the tournament and further explained what it took to clinch the title.

"It took a lot of hard work from our boys and coaching staff to do so well. This year we made a few changes to how we prepared the boys for their season, which has paid off. The conditioning process changed. We introduced early morning training sessions with the boys from the first term, where they would train from 5.30 to 6.30 am. Our practices were also a lot more intense, making the boys practice how they would play. I'm so proud of the boys' hard work on and off the court, winning the tournament has just proved to them as well that anything is possible through hard work," Onyejieke explains.

Onyejieke was pleased with the level of maturity his team possessed throughout the competition, staying grounded and focussed. He feels this played a significant role in them securing their win.

"I've drilled it into the boys that nobody is bigger than the team, and I believe that they have demonstrated this throughout the tournament. They stayed united even when they weren't playing and stayed away from the noise when they took a breather," said Onyejieke. "The team kept each other composed and humble at all times, which made me proud of them. Our aim for the tournament was to take it one game at a time, and through that, we knew, we could ease the pressure off ourselves, and in the end, our plan worked out perfectly."

He ended by thanking the support that he received from his assistant coach Mr Angelo Quinn and Master in Charge of Basketball, Mrs Ngoza Phiri-Mazarura. 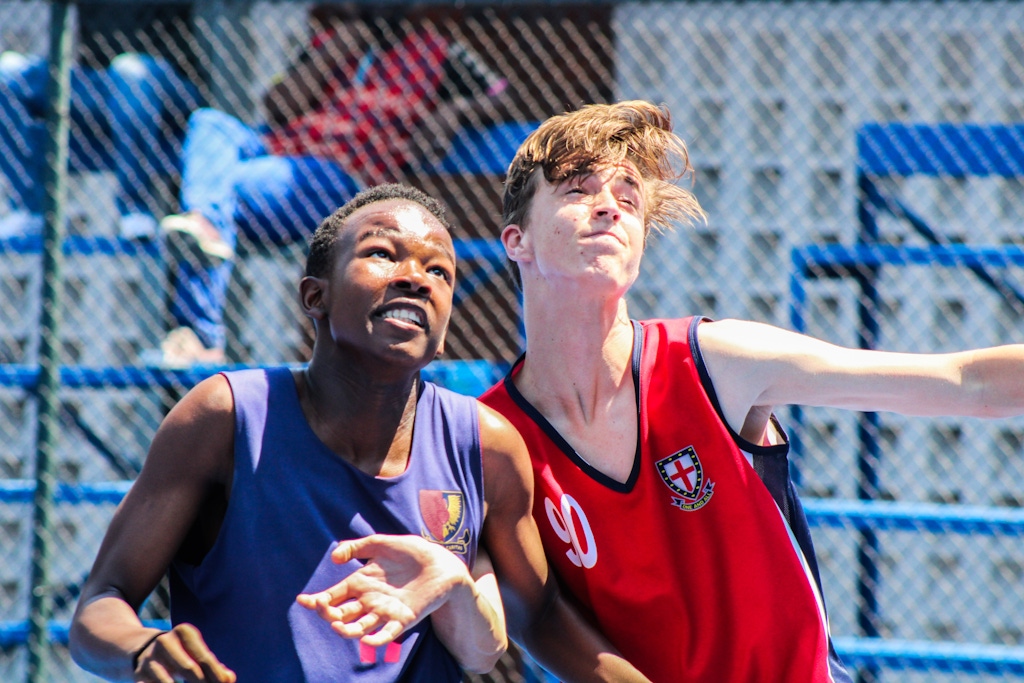