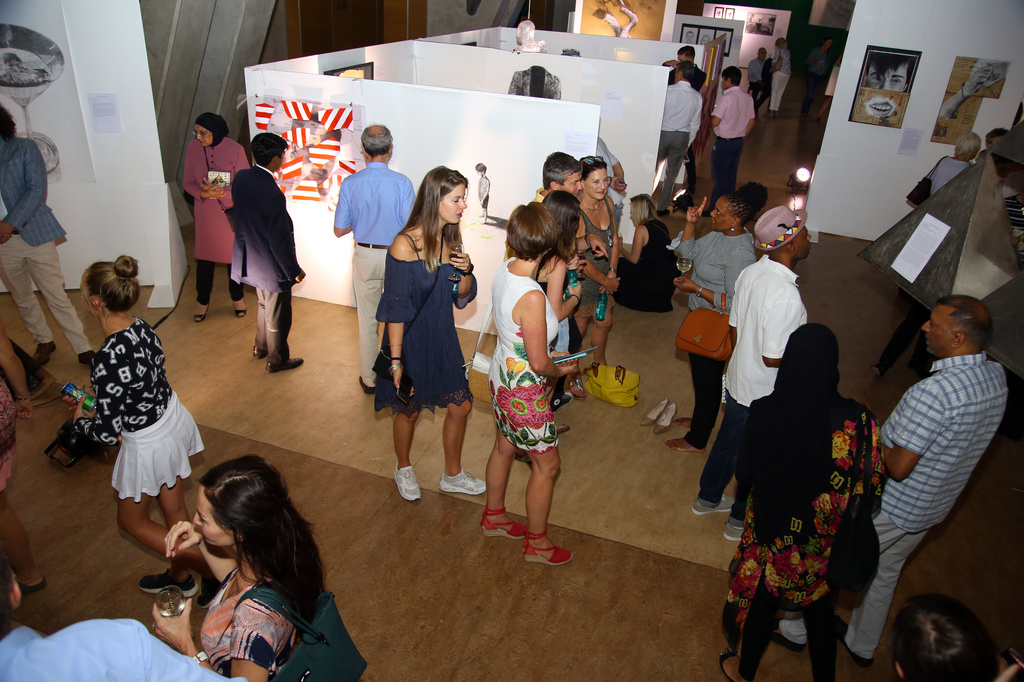 The St John’s College Art Department hosted the annual art exhibition on the 21st of October 2019, a collection of magnificent works by the matric and Upper VI students.

The majority of works were created in response to the theme given by the IEB: Liminal. Dr Adele Adendorff, from the University of Pretoria, opened the evening by introducing the audience to the meaning of the word liminal. She likened liminality to a space where one experiences a change, a space where one is removed from society to transform before being accepted back into society again. She argued that our young artists should allow themselves time to linger in liminality a little longer to allow for the questioning of the society that will one day accept them back.

The student’s art showed evidence of this questioning and their creations were empathetic responses to a loaded theme. Some artworks spoke to the liminal spaces experienced in a society where certain religions are less understood because they have been negatively stereotyped. Some students looked at coming of age in the contemporary form of the traditional bildungsroman. Some students explored ideas about the liminality between concrete binaries such as wealth and poverty, past and present and male and female. One student focused on the cultural merger of both traditional and western marriage customs. Another visualised different calendars, and how he is living in two time zones because he is following two calendars simultaneously.

Claude Debussy says: “works of art make rules; rules do not make works of art”. And with the vast array of mediums and compositions on view, this was made evident; students used their art to question rules and staid notions that brought to the fore during recent fallist movement. Susan Levine states: “The [fallist] movement is helping us to rethink the historical and political struggles between student activism versus the Rainbow Nation, nationalism, democracy and the role of the ‘born frees’. Young people are recognising and seeing beyond their privilege. It’s a serious awakening.”

The College art bears testament to this awakening, and the exhibition opening was full of engaging conversation and unique eye-opening insights into the minds of our students. I want to thank fellow art educators, Mr Michael Crouch and Mr Jaco van den Heever, for all the effort that they put into the creative process to achieve artworks that successfully communicate complex concepts. An additional thank you is extended to all who attended the evening, I am sure that your curiosity was piqued. - Ms Belinda Donnelly

For more images of the evening, and the artworks, click here. 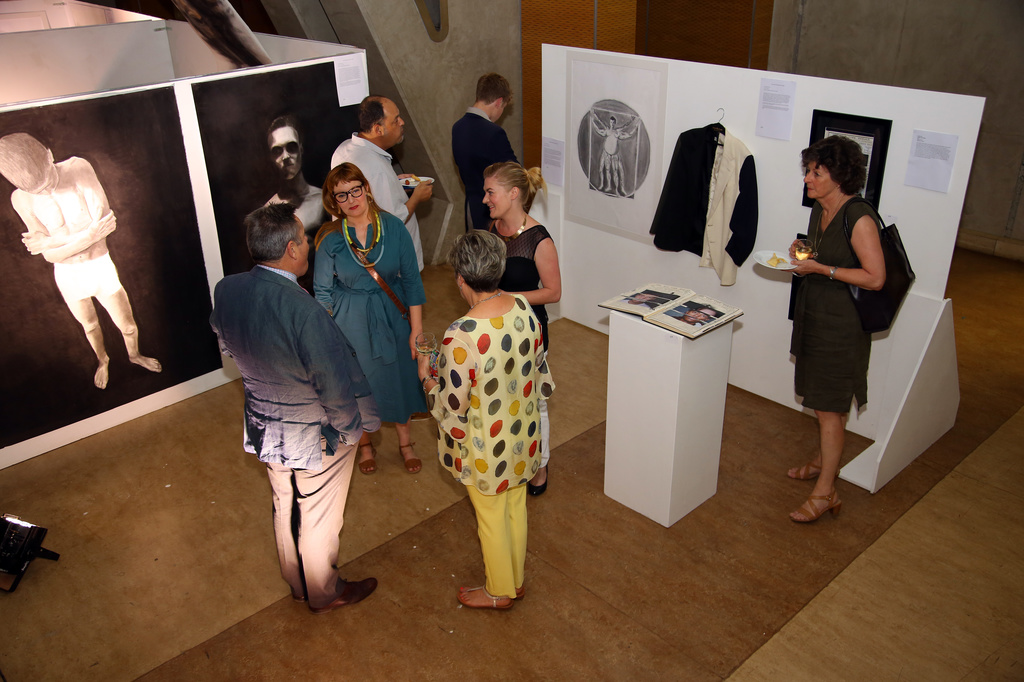