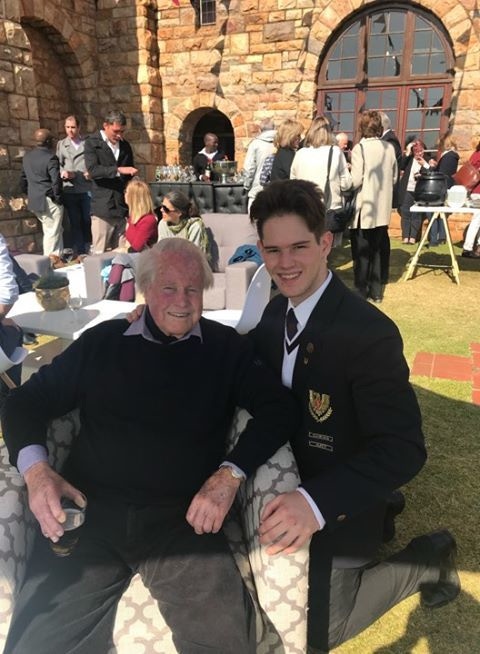 Bob started his school career in the Prep in 1934 and went on to captain the 1st XV in 1946 before playing Transvaal Under 19.

The Bell family has deep roots at St John’s going back to Arthur Holiday, one of the original seven boys in 1898. The Alec Rennie Bell Prize awarded to the top Grade 11 boy, which began as a scholarship, was a memorial to his brother who was killed a week before leaving to take up a scholarship to Cambridge. Bob’s grandson Christopher Buirski (OJ, 2018, Nash) matriculated last year and is a 5th generation Johannian.

We were delighted to welcome Bob at last year’s Gaudy Day where he was accompanied by his wife Beth and his children and grandchildren.

St John’s salutes the passing of a great Old Johannian. 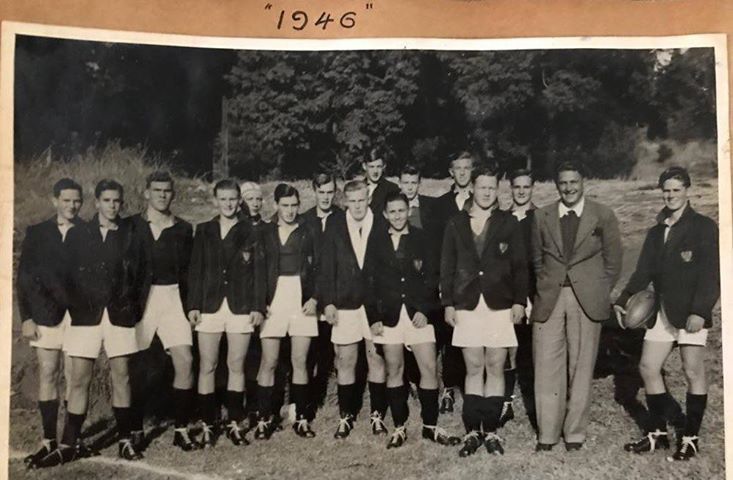 The Blues in 1946 with Captain, Bob Bell, on the far right 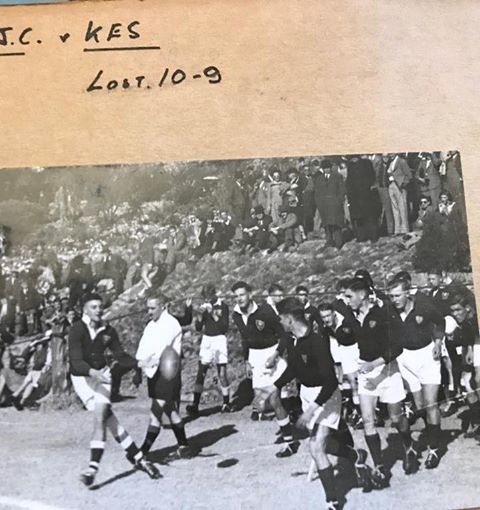 Bob Bell (front, right) leading the 1st XV onto the field in the 1946 Derby against KES