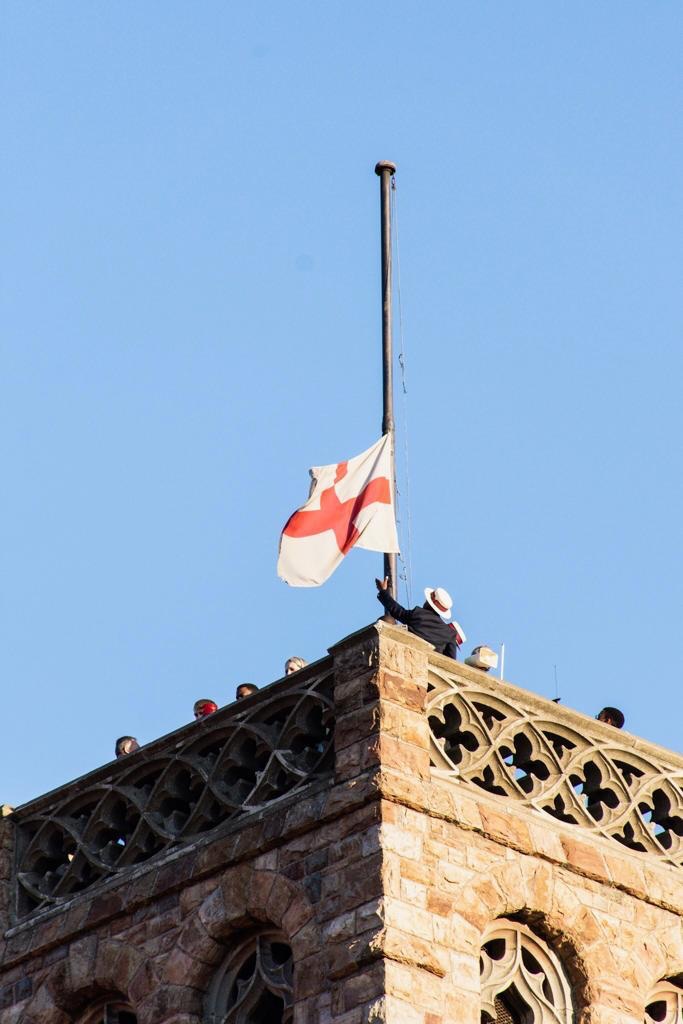 Since time immemorial, the St George flag has been flown from the College Clock Tower on Fridays. The origins of this tradition are lost in the mists of time.

Anecdotally, it is said that the practice was meant to give recognition to the fact that St John’s College was established as a school of the Anglican parish church of St Mary’s, or to the fact that the Community of the Resurrection (an Anglo-Catholic religious order in the Church of England) were the ‘second founders’ of the school.

This morning, during a dignified ceremony observed by the College community, the St George flag was lowered for the last time. Henceforth, that flag will be on display in the College museum. In its place was raised the flag of the Anglican Church of Southern Africa, after which the National Anthem and the School Hymn were sung.

The change of flag signified a recognition that it is not common for Anglican cathedrals or parishes anywhere in the world to fly the St George flag, and that the St George flag is not the flag of the Anglican Church; it is the flag of England. As such, the change also signified a recognition that, despite originally having been modelled on English “public schools”, St John’s College is an Anglican school in and for Africa 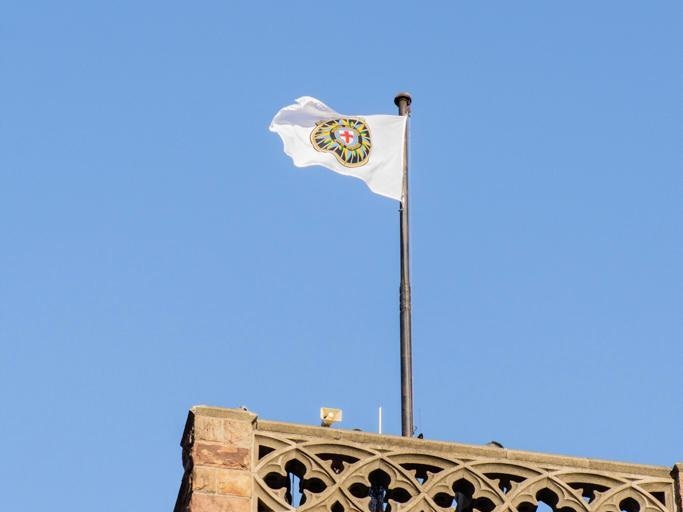