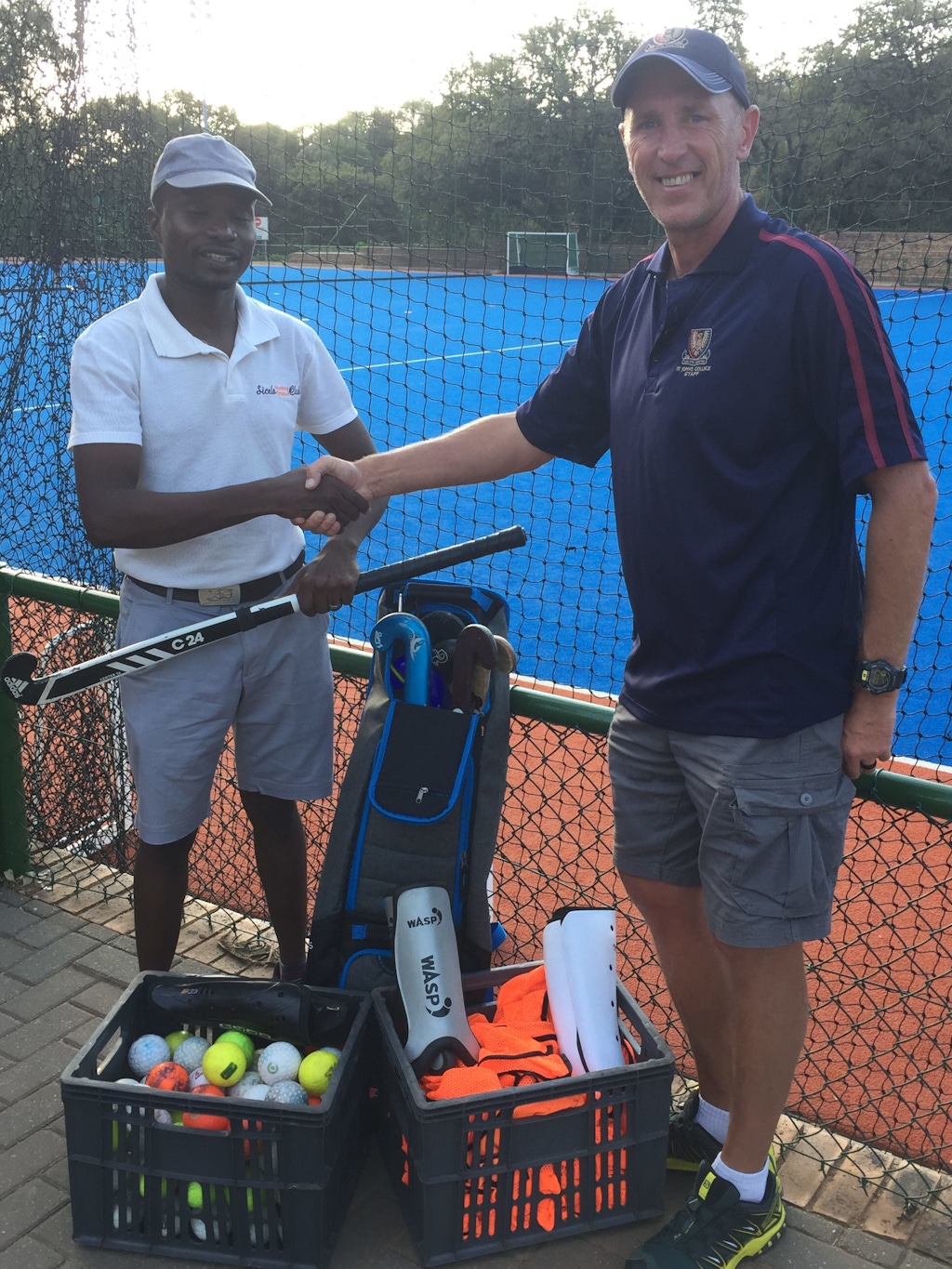 The Sicelo Hockey Development Academy was started by Mr Nic Dube in 2010, bringing a brand new sport to an underprivileged area with the hope to uplift the youth in a struggling community with little to no sporting facilities.

The Sicelo Academy operates out of the Midvaal area and accommodates boys and girls from Sicelo, Michael Rua and Thomas Nhlapho Primary Schools and New Hope Secondary School.

Since its inception, the Academy has gone from strength to strength, and now runs several teams, (boys and girls), competing in the Annual Gauteng Aitken and Boden tournaments, and regularly has players receiving scholarships, or being selected for Provincial representation.

"It’s a constant financial struggle to keep things going, but a struggle that’s worth it when you see the joy that the sport of Hockey brings to all the children involved."

Mr Dube, who also coaches hockey at St John’s College, has helped hundreds of children over the years, and is a credit to himself and his community, but admits that it’s a constant battle to keep the Academy running. “Without the help of schools like St John’s College, who regularly donate equipment, allow us to use their playing surface, and organise matches for our teams, we wouldn’t be able to survive. It’s a constant financial struggle to keep things going, but a struggle that’s worth it when you see the joy that the sport of Hockey brings to all the children involved,” says Mr Dube.

St John’s College s proud and honoured to be able to assist the Sicelo Hockey Development Academy, and looks forward to continuing this partnership and watching their development in the years to come.

If anyone within the St John’s Community is interested in becoming involved in this fantastic project, in any capacity, please contact Mr Andy Aldred at [email protected]