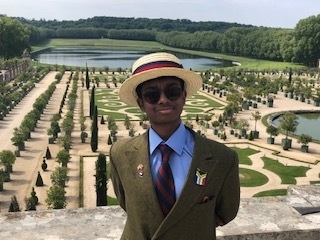 Ydhan Naidoo in the gardens at the Palace of Versailles

The first day was the individual History Bee of Versaille, a side event held in the Palace of Versaille Gardens. The host country was honoured with a special focus on French history. Ydhan managed to get through round one in an exciting battle with European schools to make it through the finals where he achieved a bronze medal in his division. The organisers made a special mention of South Africa and St John’s College, announcing that this was the first medal ever awarded to a school from Africa in the history of the competition.

“The first day of the competition was the History Bee at Versailles. I was enthralled at the idea of taking a quiz about France in what had been the great hall of French art and architecture. I scored a bronze medal in the quiz and felt thrilled at taking on my French peers in this first friendly quiz on their home-ground. I learnt a lot about European culture on this trip and most special to me, is that I hope I have forged lifelong friendships with people from around the world who share my love for history and geography.”

Many of the students that Ydhan competed against were already country champions and veteran attendees, 16 years and older, in Grade 11 and 12, joining the championships with their coaches. Ydhan joined the Junior Varsity division, one of the largest of the groups.

Making it to the Geography and History Bee All Europe final rounds in the preliminary heats was fun but quick-paced and intense with many questions.

On day two, Ydhan made it through the prelim rounds to join the final playoffs in both the History and Geography Bee championships (individual) where he emerged with the silver medal and shield for the Geography Junior Varsity European Bee and the Shield for fifth place overall in the Junior Varisty European History Bee.

Then it was on to day three for the European History Bowl team-based events. In the Bowl, through multiple heats, only the top six teams make it through tot he final round for the playoffs. Ydhan managed to make it to the top six and exited the playoff round against the five-member French champions in an exciting playoff.

“My greatest challenge was the preliminary rounds of the History Bowl. As this was a team competition, I was literally outnumbered in every round, and I really felt the pressure to perform as the only South African on the team. I felt very appreciative of my teachers who had helped me so much on this incredible journey, and my friends back home who were supporting me. 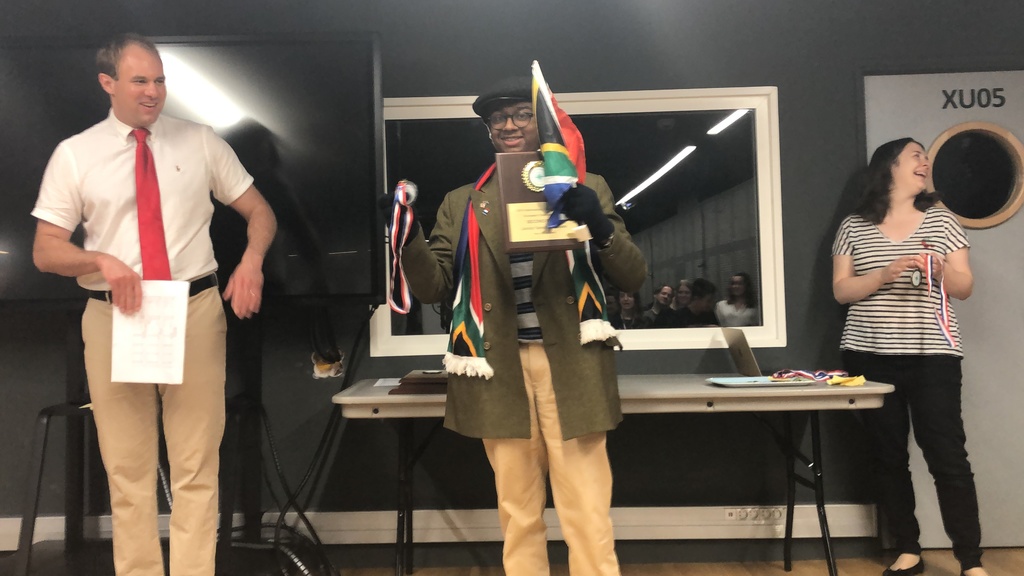