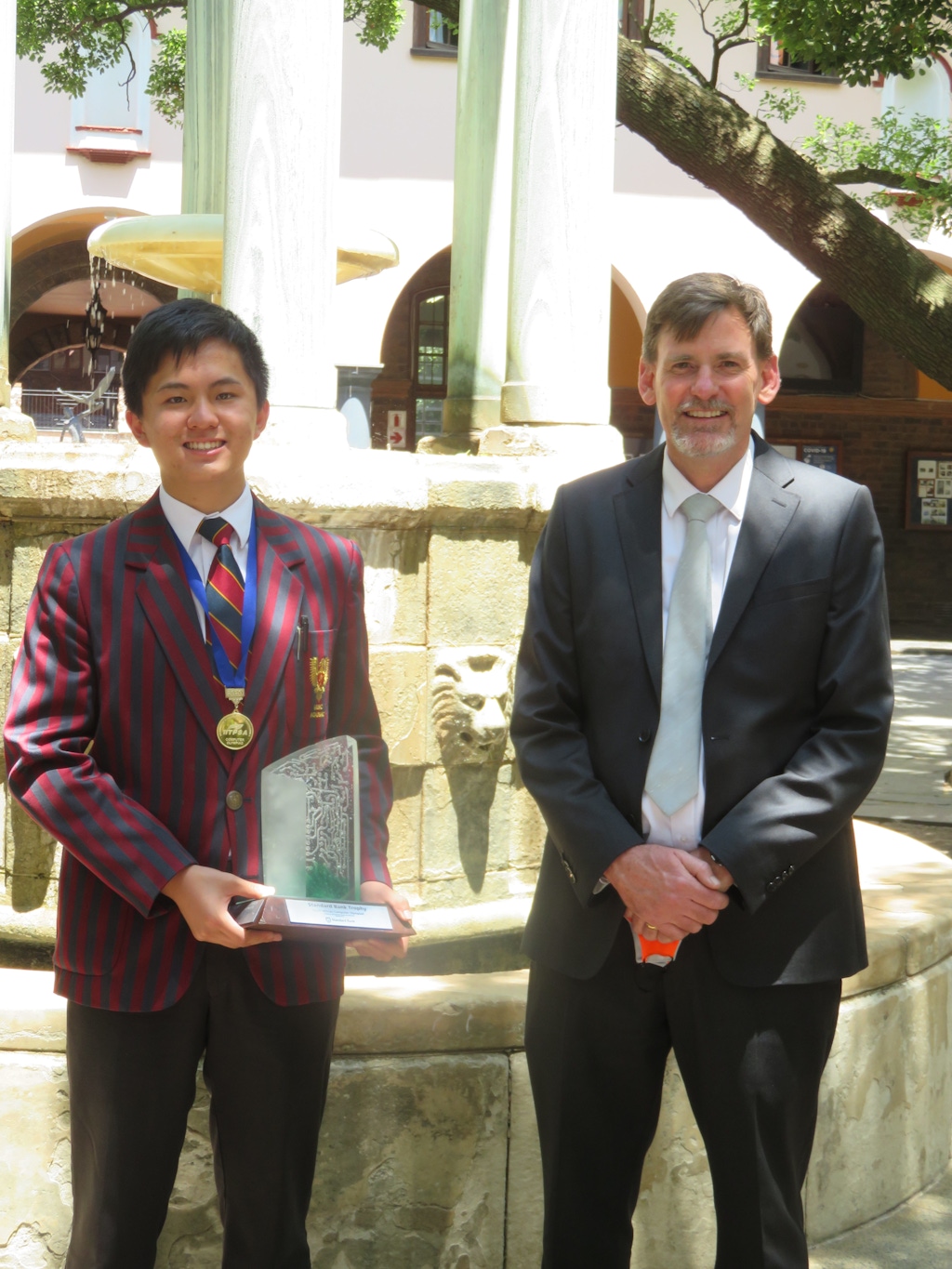 Andi Qu was awarded the Standard Bank trophy and gold medal for placing first in the South African Programming Olympiad.

The Olympiad assesses students' problem solving and programming ability, their solutions need to be fast and efficient as well as correct.

Students from 93 schools across the country entered and Andi achieved 100% for the first two rounds and went on to score the highest result in the third and final round.

Andi was also congratulated by the IITPSA for achieving a bronze medal in the International Olympiad for Informatics earlier in the year. 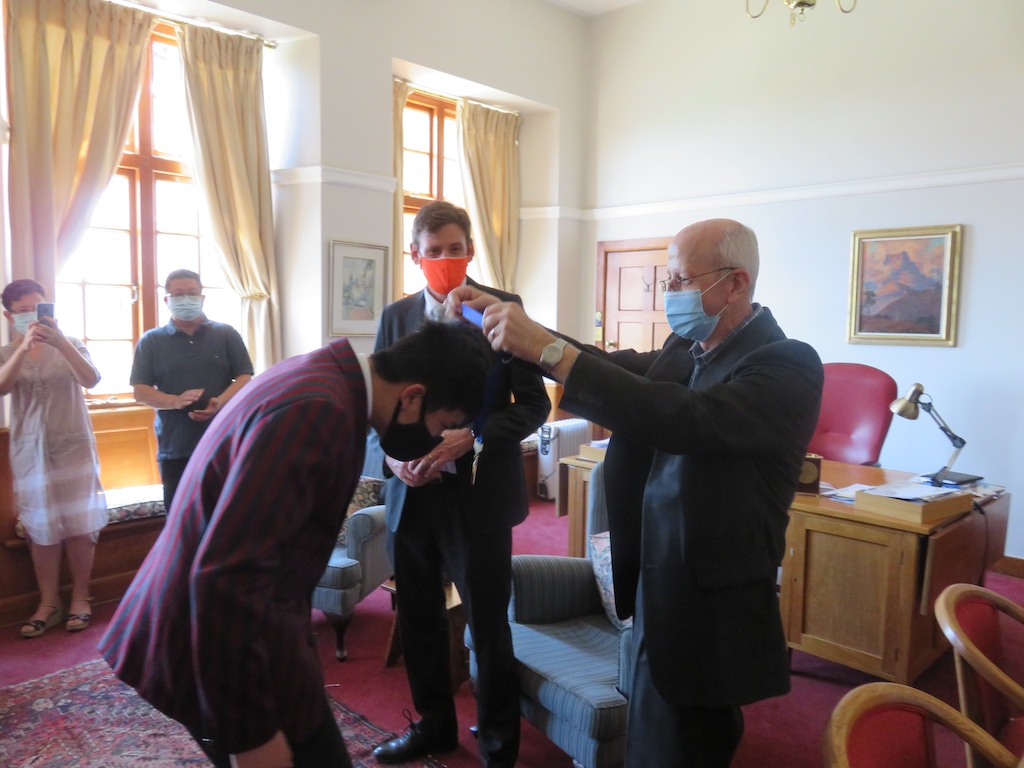