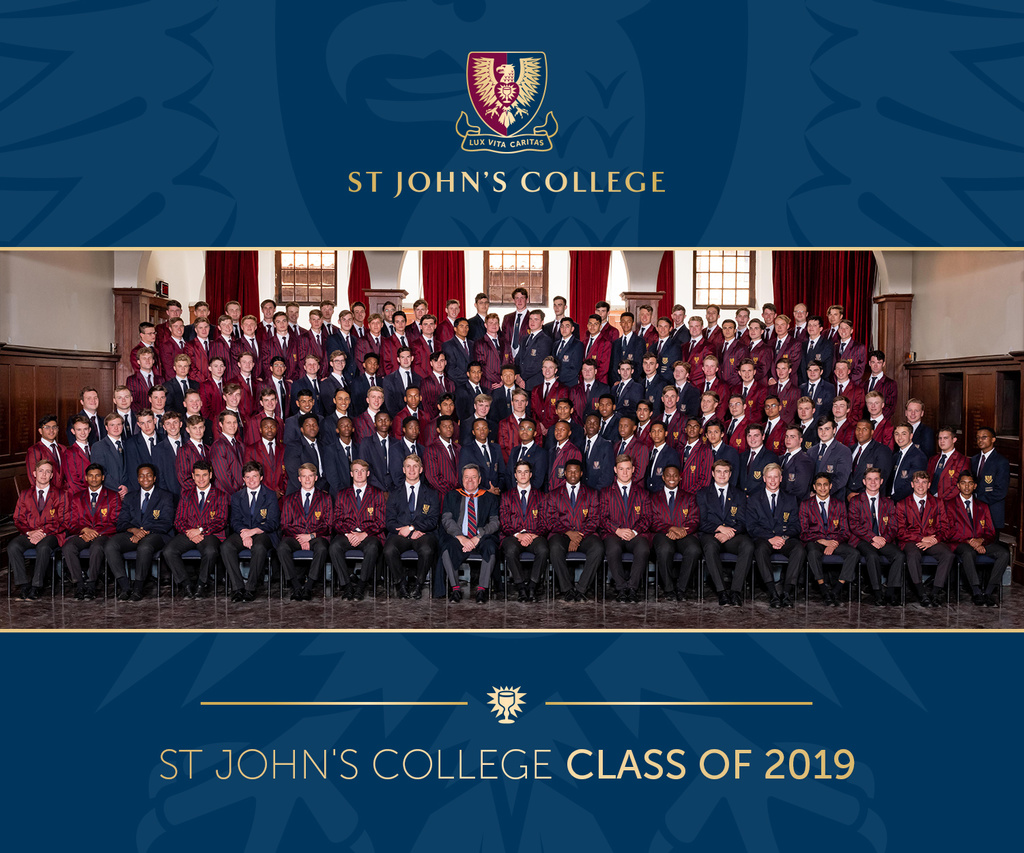 Mr Paul Edey, outgoing Executive Headmaster at St John’s College, says: “We salute the class of 2019 and their teachers. St John’s College thanks them for all they have contributed to the school. We send the students off into the next exciting phase of their lives confident that they are equipped with the skills, insight and solid grounding they need to make the most of themselves and contribute to their communities in a world that grows increasingly challenging and demanding.

“Most of these young men were active outside the classroom, participating in sports, cultural activities and community programmes. The five years of high school are about more than just matric results. We aim to develop happy, successful young men who are critical thinkers, problem solvers and are innovative and collaborative members of society who contribute to the collective well-being of the world. We remain mindful of our responsibility in a society that remains so unequal, especially in access to quality education.”

Mr Stuart West takes up the reigns as new Executive Headmaster at St John’s College at the start of this academic year. He adds: “The St John’s College class of 2019 have built on, and once again celebrated, the exceptional academic record and legacy of the College. These results stand testimony to the dedicated leadership, staff and educational journey that guides each student. I am privileged to be joining the St John’s College family.”

The five years of high school are about more than just matric results. We aim to develop happy, successful young men who are critical thinkers, problem solvers and are innovative and collaborative members of society who contribute to the collective well-being of the world.

Top academic achievers of the St John’s College #ClassOf2019 were:

Two of the #Classof2019 Centenary Scholars Warren Masombuka and Tshegofatso Mphake have excelled. The St John’s College Centenary Scholarship programme offers scholarships to talented young black South Africans who could otherwise not afford a St John’s education. Warren and Tshegofatso both achieved six distinctions with Warren attaining an average of 86 percent while Tshegofatso achieved an 83 percent average. Warren has been shortlisted for the prestigious Allan Gray Scholarship and heads off to Wits this year to do either a BComm or a degree in economic sciences. Tshegofatso is hoping for a bursary to study law at UCT.

Outgoing Executive Headmaster, Mr Paul Edey concludes: “We wish the St John’s class of 2019, and indeed all of South Africa’s 2019 matrics, the very best for the future, wherever the future may take them. We believe that the St John’s students will be guided by the College motto Lux, Vita, Caritas to live lives filled with Light, Life and Love.”