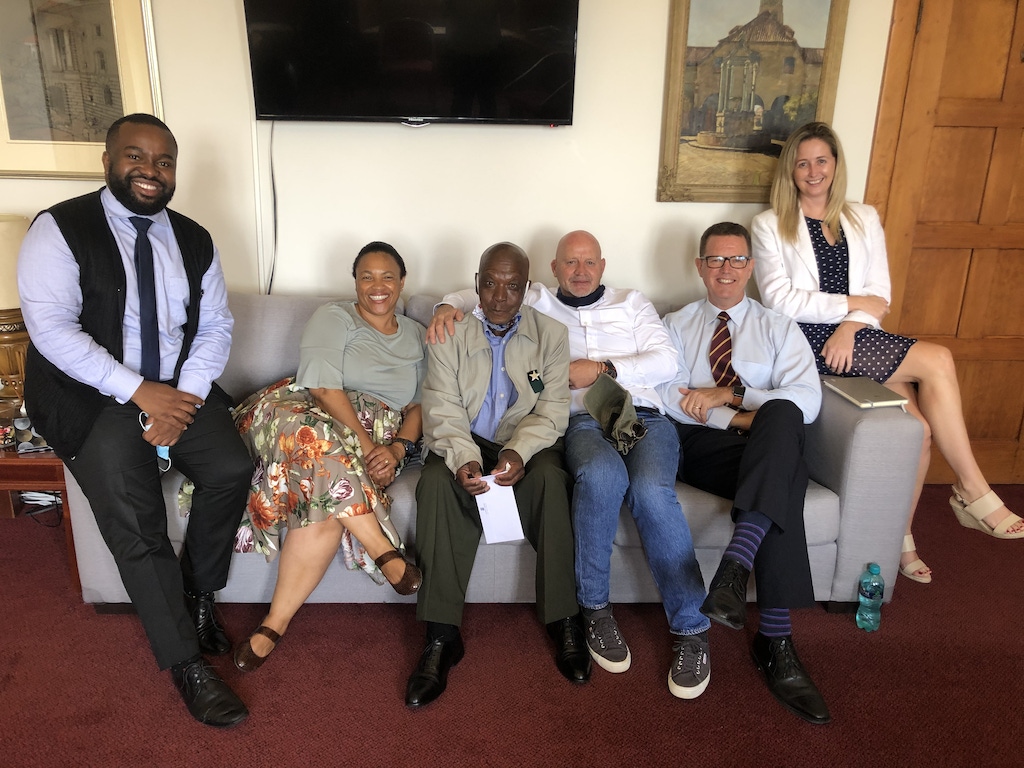 Mr Mongwe joined St John’s College as a gardener in 1988 under then headmaster Mr Walter Macfarlane, who he remembers with great fondness.

He started in the St John's gardens under Mr Sam Mboya before being promoted to the groundsman in charge of the cricket pitches and sports fields. The sports fields bare testimony to the skill, expertise and dedication he brought to his role over the years. He also took care of the Old Johannian Club sports fields when the club was based in Linksfield. Since then he has worked under three more Headmasters and three Estate Managers, including Mr Binns, Mr Postma and Mr Duncan.

He has enjoyed his career at St John’s College where he says he has always felt valued and cared for, and is proud of his reputation as a hard worker.

Mr Mongwe retires after 32 years of dedicated service. He is happily married to Evalina and has three sons and a daughter. Sadly, he lost a son in a car accident in 2019. He returns to his home town of Tzaneen where he will be taking up goat and maize farming and spending time with his family.

We thank Mr Mongwe for his years of service and wish him God's blessings in his retirement.