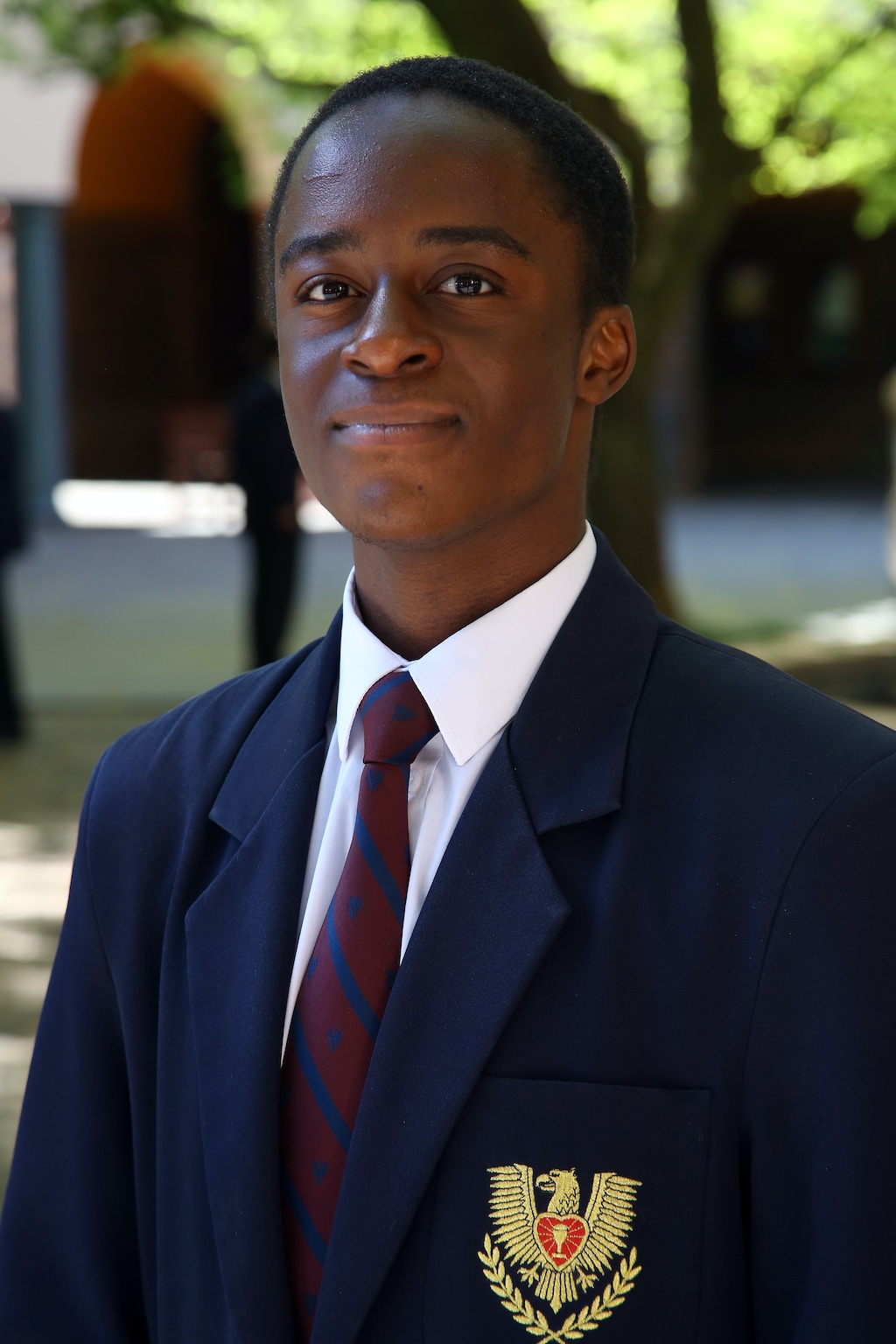 Tumelo Mogano, who achieved distinctions in English, History, IT, Life Orientation, Mathematics and Physical Sciences, with an overall average of 83.7%, has applied to universities to study aeronautical engineering. “I’ve always been fascinated with flight,” he says. “And now I’m going to build a career in rocket science.”

Tumelo attended St John’s as a Centenary Scholar, a scholarship awarded to academically deserving young black South Africans whose families typically would not be able to afford the fees. “It really was an amazing opportunity,” he says. “I learned so much during my time at St John’s, and not only inside the classrooms.”

He learned, he says, of the diversity of South African society, of just how competitive an academic environment can be, and of the value of unconditional support from teachers who really care about how their students perform. “It’s the teachers who make St John’s great. They are really supportive and it’s lovely to be in an environment like that.”

Now that matric’s behind him, Tumelo looks to the future with a sense of excitement. “School was the transition stage of my life. Now that it’s over, I get to shape the adult I want to be.”

Tumelo is an avid chess and basketball player. He was Chess Captain and a House Prefect in Hill. He was also a boarder and made many good friends among his boarding peers. “My St John’s friends are very precious to me. We were with each other from the very beginning, helping one another cope with the strange new world of senior school. I value these friendships very much and I will hold onto them.”

He was lucky enough to spend a month in Ireland on an exchange programme, an experience, he says, that opened his eyes to the full and rich diversity of the world. It’s diversity he hopes to explore more as he matures.

But, for now, he’s staying right here in South Africa, pursuing his studies and making a difference here at home. 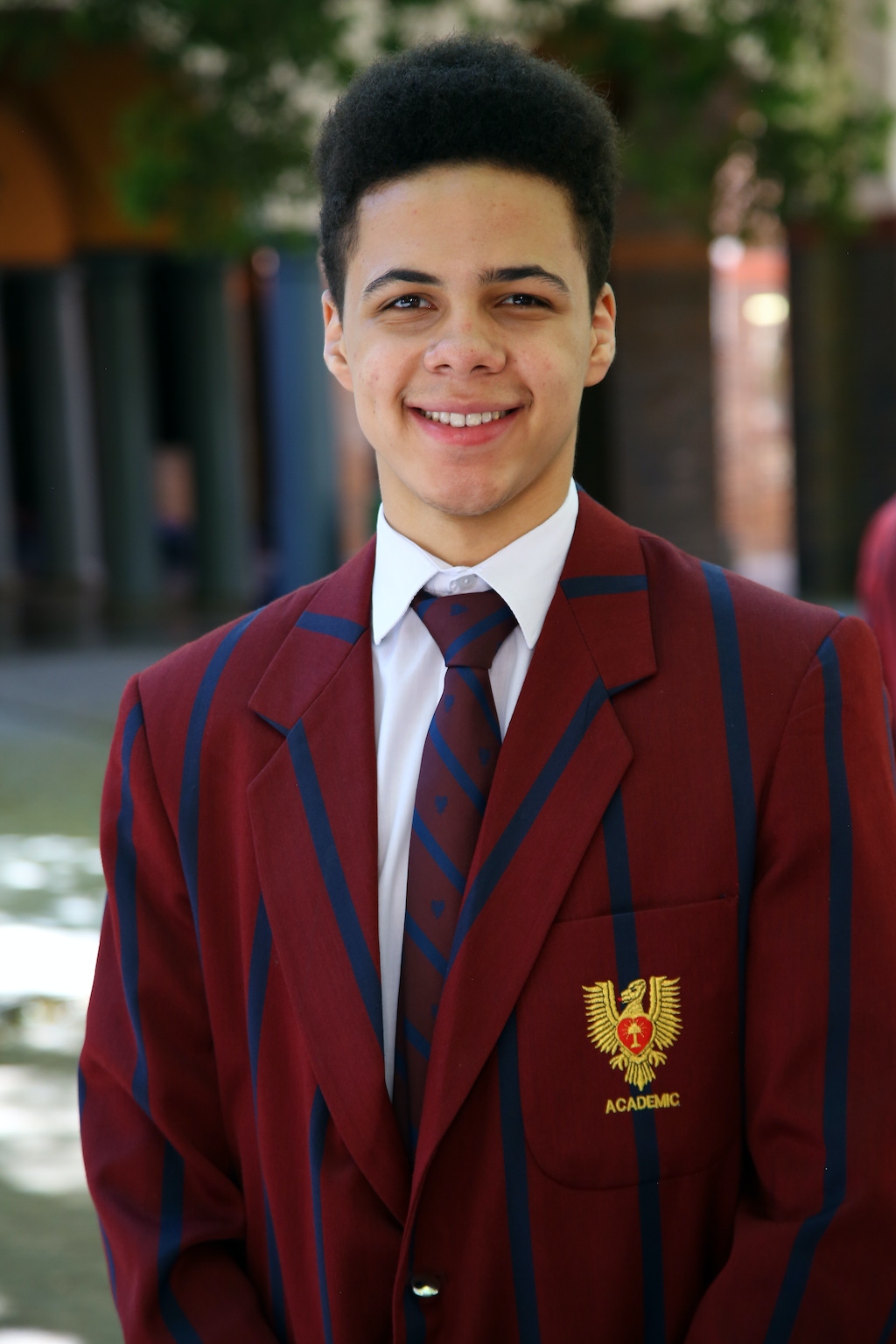 Craig Moug, also a Centenary Scholar, is headed to the University of Cape Town to do a degree in engineering and computer science.

Craig earned distinctions in English, Afrikaans FAL, History, IT, Life Orientation and Mathematics with an overall average of 82.6%.

“I’m not really sure what I want to do with my life yet,” he says, “so I’ve applied for a broad-based degree that gives me as many options as possible.”

He’s excited about making the move from Joburg to Cape Town. “I have friends at UCT who tell me that student life in Cape Town is fantastic. It’s going to be nice to experience a different place.”

He attributes his great results to an incredibly supportive family who, he says, gave him the space to study at his own pace and that suited him best. “I don’t like preparing for exams way in advance,” he says. “Instead, I devote long hours to subjects a few days before the exam. It works for me, and my parents just allowed me to get on with it.”

Outside the classroom, Craig is a keen soccer player and enjoys playing video games. FIFA is his all-time favourite. “It helps me unwind and relax,” he says.

“There’s something really special about St John’s,” he adds. “Whether you’re a bookworm or sports-mad, the St John’s community opens its arms to you, and you quickly find a place where you feel comfortable and fully accepted. Throughout my years there, I looked forward to finishing school. But now that it’s over, I’m going to miss St John’s very much. It’s a great school.”

St John’s College accepts 10 Centenary Scholars into Remove each year with a total of 50 students across all five forms. The boys are selected based on their academic achievement, involvement in extra-curricular activities and their potential to excel.

These young men are fully involved in everything St John's has to offer and are coached and mentored by our experienced staff to ensure that they reach their potential and excel. For more information, visit www.stjohnscollege.co.za/foundation.