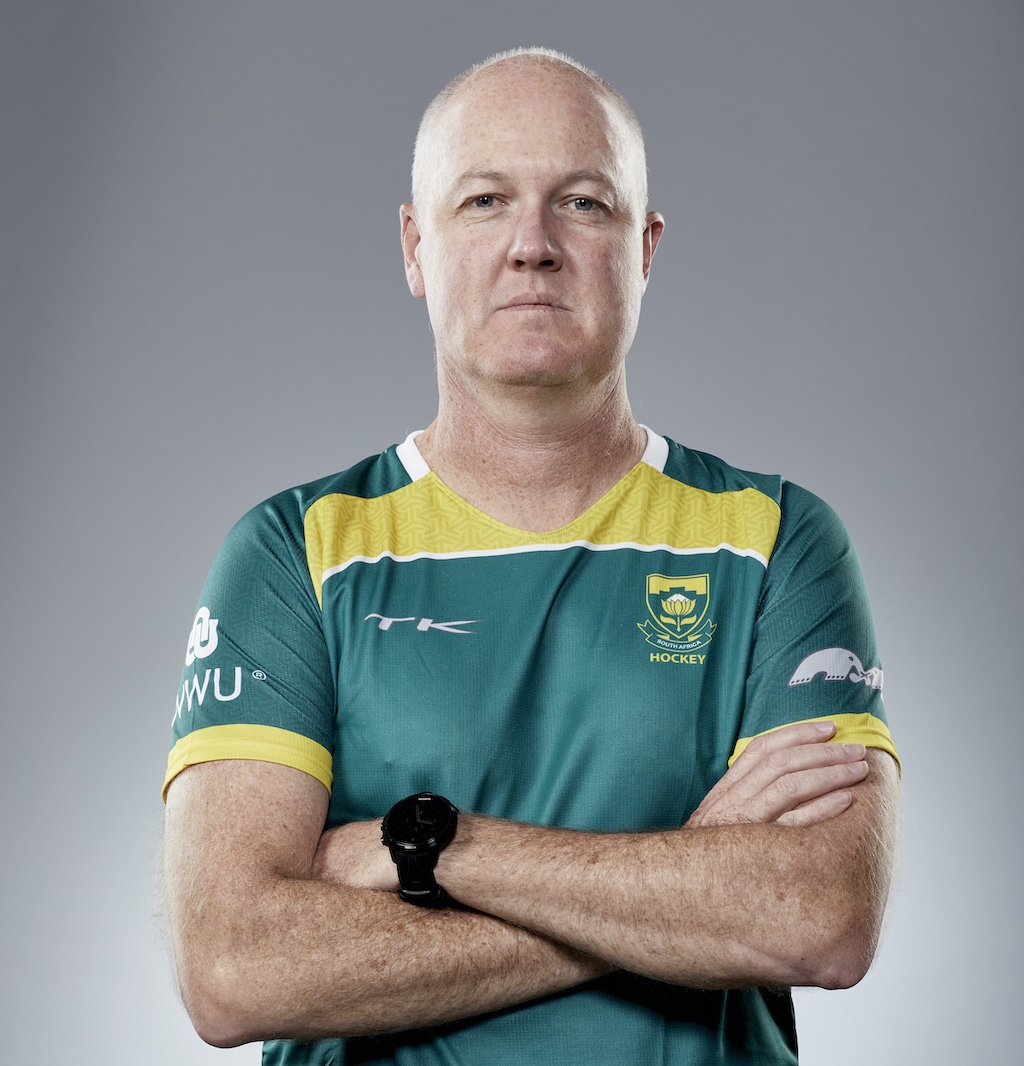 Garreth Ewing, Head Hockey Coach at St John’s College, is also the Head Coach for the South African Men’s Hockey team. VITA chatted with Garreth to wish him and his team the best of luck before they step into their quarantine bubble and head off to the 2020 Summer Olympics in Tokyo.

Garreth has been a hockey coach for 28 years. He started his career as a student coach at his alma mater, Rand Park High, in 1993. Since then, he has coached at Northeastern University and the University of North Carolina and player-coached in Holcombe in the UK. He has also worked with some excellent local teams, including the UJ Hockey Club, which won two men’s Varsity Sport gold medals under his leadership, and the U21 men’s team that competed in the Junior World Cup in 2016.

Garreth was the assistant coach of the SA Men’s Hockey team from 2014 before taking over as Head Coach in 2019. “I think I coached just about every Southern Gauteng provincial team while I was rising through the coaching ranks,” he said.

What path did you follow to become Head Coach of the Senior Men’s National Hockey Team?

I’ve put a lot of time into coaching, as you can tell from my longevity in the game. I have paid my dues working with teams at every level. I have worked with men and women, juniors and everything in between, up to senior international level. I’ve been a head coach, an assistant coach, a video analyst and a manager at various times in my international career, so I have a good idea of what required in all the leadership roles around a hockey team.

How have you prepared your squad for the Summer Olympics in Tokyo?

Our preparation has been exciting because we had to be successful in two different qualifying tournaments (way back in 2019). But it was also frustrating because of the delays we’ve experienced due to Covid-19. The break during lockdown was an opportunity in disguise. It gave us plenty of time to spend time on different aspects of our team dynamic (all via Zoom, of course), which will hopefully allow us to have an even stronger team synergy when we compete under pressure in Tokyo.

What are your expectations in Tokyo?

We are aiming to get out of the pool stages of the tournament and into the knockout quarterfinals. After that, anything could happen. It will be a huge challenge because we are the second lowest-ranked team in the event, but we know the teams we will target to get the necessary results.

We are also taking the long view and using the experience we gain in Tokyo as a springboard to stronger performances at the World Cup in 2023 and the Paris Olympics in 2024.

What are some of the unique challenges facing the South African Men’s Hockey team compared to other nations?

We suffer from being far away from quality opposition, unlike the European teams who can travel short distances to play against each other. Our financial situation is also always a little tenuous because we don’t have a title sponsor, so our players are constantly fundraising or having to pay out of their own pockets.

South Africa is also a pretty large country, and my players are spread all around the country and overseas, so it’s quite challenging to get together regularly to train.

And, what has it been like juggling your national commitments with being a full-time coach at St John’s?

It’s a juggling act for me to keep up with my commitments at St John’s and the National Team. Fortunately, we have an awesome sports department, and we can cover for each other when one of us commits to working with a national or provincial team. There is a lot of experience and knowledge within our department as many of us are involved with elite teams during the year.

What are some of the challenges that the sports department has faced during covid?

It's been challenging at times. To see boys missing out on a sports season due to Covid restrictions has been frustrating. There are so many boys who love their sport and want to get out and play or train. Fortunately, at the moment, we can do some non-contact training to keep the guys busy. On the plus side, as a sports department, we’ve been forced to innovate and improvise to keep sports going, which has led to lots of good conversations and a great team spirit in the office. Hopefully, as we progress through the next few months, restrictions will ease again, and we can get the boys back into competition.

(The 2020 Summer Olympics in Tokyo takes place from 22 July to 8 August after being postponed due to Covid-19 last year).