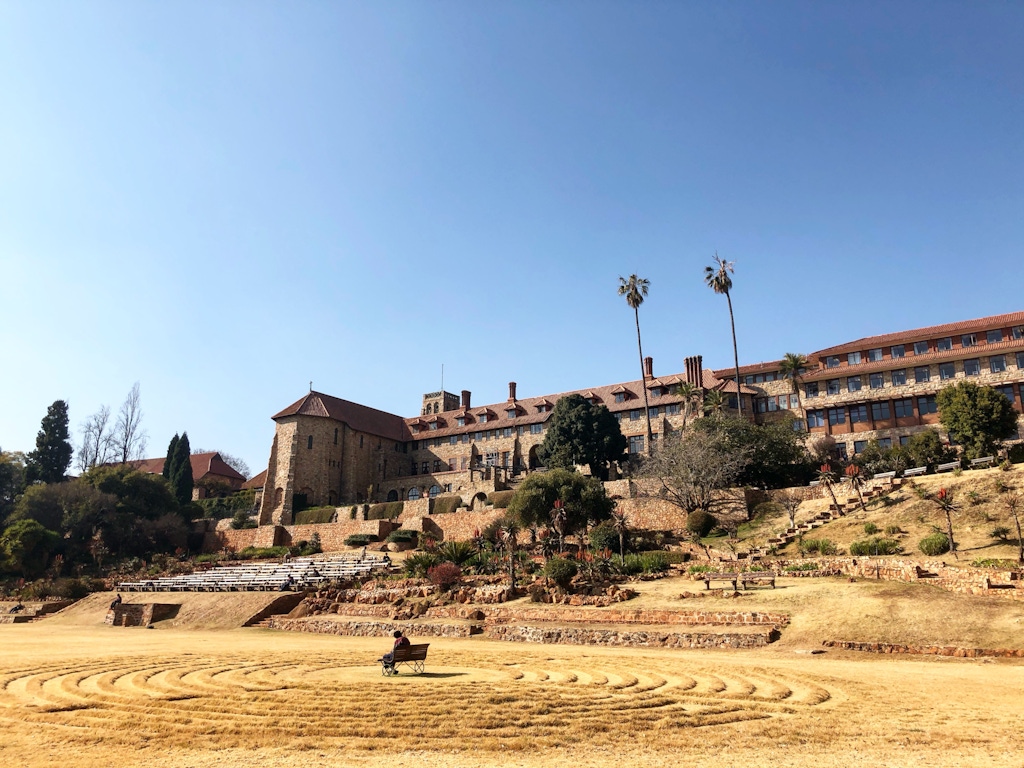 To remain present in the present is surely one of the most important tasks in life, writes Craig Higginson

One of the things I have been doing during lockdown is listening to books. At the end of a day of marking tests and exams, the eyes are tired, but the spirit is hungry. I have listened to a few books I have never read before. Maggie O’Farrell’s new novel, “Hamnet”, is one that I really enjoyed; it tells the story of the death of Shakespeare’s son during a time of contagion and it is timely, moving and beautifully written. But I have also returned to books that I have read before, often in my early twenties. One of these is Leo Tolstoy’s great classic, “Anna Karenina”.

I have read this novel a couple of times before. I read it before I had had a child of my own, and I remember thinking how Tolstoy could never have written that novel unless he had been a parent: experiencing the drama and miracle of birth, the helpless rage you feel when your children become seriously ill, the guilt you experience when you are away from them, the great rush of gratitude you feel on returning, and so on.

For me, however, the pleasure of Tolstoy’s novel when I was younger was the narrative thread not so much of Anna Karenina and her tragic love affair with the dashing Count Vronksy, it was the storyline of Levin, an awkward landowner who is in love with a young woman called Kitty (who also happens to be in love with Vronsky – at least, she is at the start of the novel). Levin shares many of Tolstoy’s own ideas and characteristics, and it was his journey from misery to fulfilment – with a great deal of real life thrown in between – that stayed with me and moved me and caused me to return to the novel. The story of Anna Karenina’s illicit affair is, in a sense, the soap opera through which Tolstoy draws you through all those pages. Although this soap opera is rich and full and ahead of its time, you feel that it is really Levin’s journey that concerns Tolstoy and perhaps prompted him to write the novel in the first place.

So, when I returned to the novel, I was not listening to Anna Karenina, the character, as much as I was listening to “Anna Karenina”, the novel. I was really listening to Tolstoy. And what did I hear? What did I take away from this novel during these strange times? As I sat listening to Maggie Gyllenhaal’s sly, supple, tender narration, what stayed with me, and settled into me, and entered my dreams, and provided a fresh spring to my step after I woke up the next morning to start another day?

The answer is simple. It is life. The life that runs through all of humanity, and that has run through all of humanity since the beginning of remembered time. I was reminded that human life, in all its abundance, imperfection, failings and victories, will carry on, no matter what obstacles are thrown it's way. Tolstoy’s characters – Anna, Levin and all the others – are each trying to live lives that are alive. They are looking for the life inside everything. The gold dust that settles into the folds of our minds, providing the golden pathways of memory, which connect our past and our present – and provide us with inspiration for the future.

To remain present in the present is surely one of the most important tasks in life. When we are young, when we are still at school, our identities are not yet fixed. We question everything – ourselves and all that is around us. We are often arrogant, often misguided, but it is through every emerging generation that the tides of history are renewed and our humanity – what it is to be human – is redefined.

Although Tolstoy reminds us that human beings haven’t changed fundamentally since he wrote his book, we are also made aware through reading a book like that how much has changed. A woman doesn’t have to be stuck in an unhappy marriage and have her children taken away from her if she decides to leave her husband. There is more fluidity in the world and we are no longer consigned to being landowners or serfs. But Tolstoy also reminds us of what we have left behind, in our hurry, in our self-importance, in our strange present in which so much is engaged with visually, superficially and in passing. We swipe ‘like’ when something pleases us, or, when something displeases us, we press fast forward or we switch the channel. In Tolstoy’s time, everything was slower, more difficult. He reminds me sometimes of the poet Alfred Tennyson, of whom T.S. Eliot said that he had a mind that ticked over like an old grandfather clock.

I came back to school after lockdown, and back to teaching, with this urgent thought running again through me. I had recently been reading the creative essays of some of the grades I teach, and it struck me how so many of the boys were writing the same essay. The narrative of corona. The creeping dread with which we received news of its arrival in our land, the daily counting of statistics, and the initial optimism that we – the citizens of South Africa and then Gauteng – would somehow be exempt. Then the gradual awareness that this contagion had grown up all around us, entering like a dark wind into the houses of our friends and colleagues and families – and then into our very own bodies. The statistics became too terrible to comprehend. The stories of crowded hospitals, striking hospital staff, corrupt government officials, became too much to bear.

Good writing frees itself from this. It breaks away from the already-established and finds a woodgrain of its own.

Many of my students wrote some version of this tale and spoke of their entrapment, their boredom, their frustration, their hunger for escape. It was important that they wrote this story, that they set down this moment of their lives in prose, but it left me wondering: what else? What more can you come up with? How can you stretch yourselves, surprise yourselves, imagine alternatives for yourselves and each other?

For me, literature is placing untested language into untested situations. We write and we read to stretch ourselves and our readers – so that we end up caring from places we never imagined we would ever care from. We write and we read to enter the unknown. I always say to my students that they shouldn’t just ‘write what they know’ but write about what they don’t yet know about but would like to find out more about. The writing will chart the process of learning, the journey of discovery.

Most adults write as they draw. When they were small children, they would take a crayon in their hand and scribble across the page, revelling in the gesture of drawing, the explosion of line and colour and shape – happy to read life into it as we read animals or monsters into passing clouds. Then we become more socialised. We learn how to draw not a house and a tree and the sun, but the signs for a house and a tree and the sun. A square building with a rectangular roof, a green lollipop standing on a brown stick, a smiling sun sitting in the corner of the page and shedding shafts of light into an unreal world. This is an important part of our development. We need to establish a shared language and set of symbols for navigating the world. But the problem is that most of us stop there.

When were become adults our children ask us to draw a house, we draw the same house we drew when we were nine. When confronted with a real tree and told to draw it, we find it almost impossible not to fall back into our idea of ‘tree’. We generalise, scribble, look for short cuts – we don’t have the time and patience to match what is in front of us with marks on the page that chart the process of looking, the journey of discovery.

In language, we aren’t that different. We use the preformulated words and phrases and fit them into every situation so that every situation can be rendered familiar, under control, no longer disruptive. This is what cliché is and cliché does best. It deadens our relationship with ourselves and the world. Good writing frees itself from this. It breaks away from the already-established and finds a woodgrain of its own.

Having listened to “Anna Karenina”, this is what I returned to school wanting to remind my students of. Once we had been through the exam, I sent them down to Burger Field – and those at home were tasked with leaving their rooms and entering their gardens or their balconies – and all they were asked to do was to find one thing to sit with and look at, waiting for the words to come that might best fit into the life of that thing. They were not allowed to use words they had seen being used to describe that thing before. It could be an abandoned shoe, a man cutting down a tree, a rugby field, a sunbird, the sky. They had to find new words to fit into the specificity of the thing in front of them.

So the two tall palms above Burger Field were described by one boy as the antennae of the school and by another as two chickens that had been stuck on the end of a long kebab stick and struck repeatedly by lightning. They were asked to think about the history of that field and that blank space on which a labyrinth had now been cut out of the overgrown grass, a single bench placed in the middle. They were tasked to sit there and wait for the words to come, and when they thought they were finished, they were to stay there for longer, until more words, more images, announced themselves.

Whether they will ever become writers, time will tell, but that is not important. After all, are we not all writers? Are we not each the narrators of our own life stories? Often, the length and breadth of our lives is defined not by our circumstances, but by our ability to create a picture for ourselves to live towards. The qualities of our lives – and the scale of our own humanity – will depend entirely on our qualities as storytellers. Listening to “Anna Karenina” reminded me of the power of language and the importance of stories, and, with a mask stretched across my face, I took that message back to school. 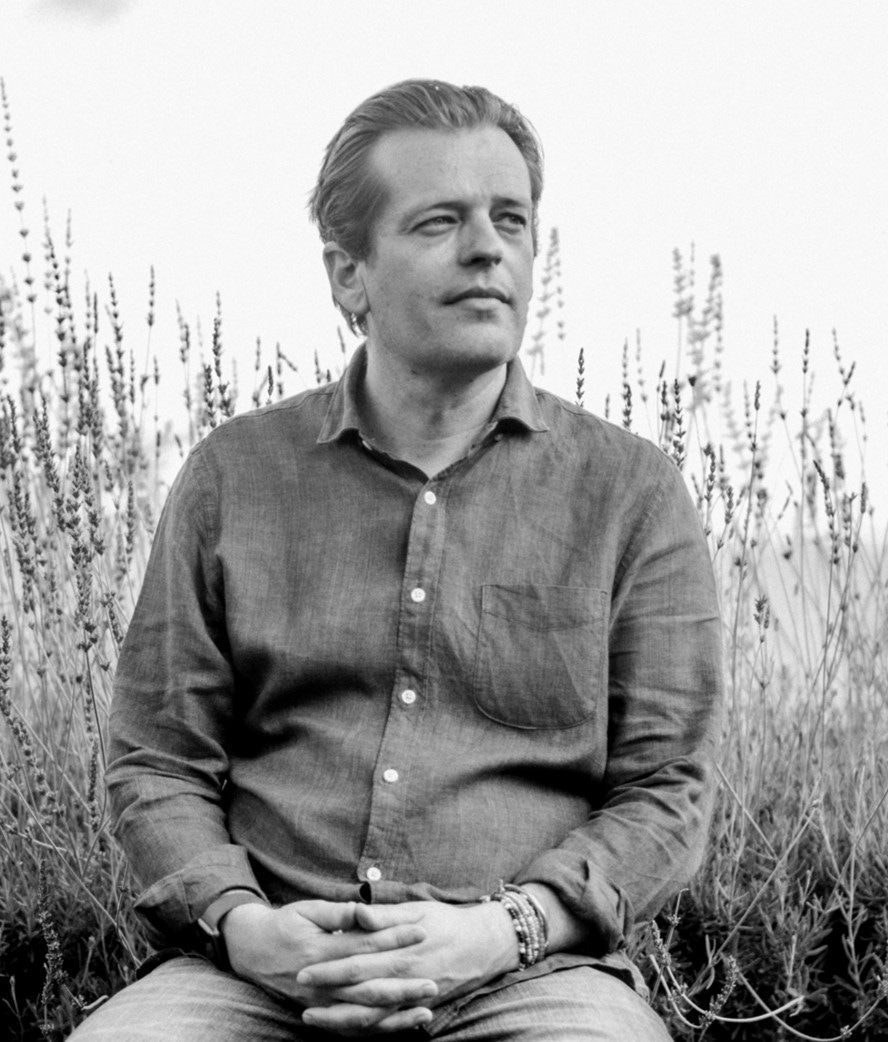 Dr Craig Higginson teaches English and Drama at St John’s College. His novel “The Dream House” is the current IEB South African set work for matric. His new novel, published in 2020, is called “The Book of Gifts”.

This article first appeared in the Michaelmas 2020 edition of VITA, the St John's College magazine that celebrates the richness, strength and deep heritage of our community.