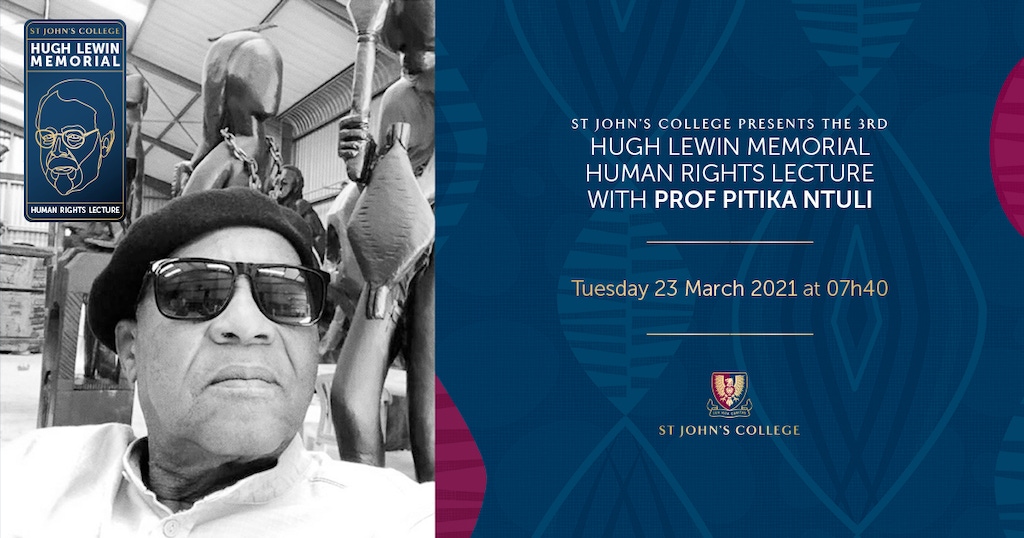 Make sure you register before midnight on Monday 22 March 2021 to be part of this online lecture.

Born in Springs, Pitika Ntuli grew up with a keen interest in art. As a young man, he became involved in politics and was an active member of the struggle against the apartheid government, which resulted in his exile from South Africa in the late 70s.

He arrived in the United Kingdom in 1978 after spending a year in solitary isolation in a death row prison cell in Swaziland. He was released into exile due to international pressure placed on the South African and Swaziland authorities. Not long after his arrival in the UK, Ntuli became actively engaged with the politics and cultures of his home and host countries.

Ntuli received a Masters in Fine Arts and a Masters of Arts in Comparative Industrial Relations and Industrial Sociology from the Pratt Institute in New York, after which he returned to the UK and started his teaching career.

Ntuli has worked with a number of organisations, namely Apples & Snakes, one of Europe’s leading poetry circuits, as well as Jenako Arts, a multidisciplinary centre that promoted the arts and culture of Africa, Asia and the Caribbean.

On his return to South Africa in 1994, he lectured in the Fine Art Department at Wits University and the University of Kwazulu Natal. During this time he continued to promote art in South Africa through his work with local and international artists.

He has exhibited in a number of shows across Europe and the US, and many of his sculptures can be found in public and private collections across the globe.

His first exhibition in South Africa wasn’t until 2010 with his show entitled Scent of Invisible Footprints - In moments of Complexity, which opened at Museum Africa. The 180 sculptures on exhibition were made from found objects and various industrial materials. The exhibition also included a collection of Ntuli’s poems which highlighted the sentiment of the sculptures.

In 2013 he unveiled a monument to honour and commemorate the Silverton Three in Soweto. Stephen Mafoko, Humphrey Makhubo and Wilfred Madela, cadres of Umkhonto We Sizwe, were shot and killed by police while carrying out an MK sabotage mission to Waterloo in Pretoria. He described the six-metre long structure as an anti-monument as it is fixed, yet the shadows that are cast by the sun during the day create an ever-changing story that depicts the vulnerability, triumph and struggles that the men faced in their fight for freedom. The monument was created using scrap metals found from the army and twenty-five trees were planted in the surrounding area of the monument in memory of the 25 hostages.

Ntuli believes that monuments play an integral part in the history and cultural identity of a country, as well as commemorating the anti-apartheid struggle.

Ntuli has written stories of his experience in exile, poems and poems about political heroes such as Steve Biko and events such as the Marikana Massacre.

Ntuli was featured in a documentary series entitled Echoes of My Land: The Art of PItika Ntuli which aired on ITV as well as a Swiss Television documentary that looked at artists in exile entitled An Artist in Exile.

In 2016, he delivered the 3rd Hugh Masekela Lecture at the University of Johannesburg’s Soweto Campus. He has organised many events over the years and is a key figure in the African Renaissance Annual Festival in Durban. He is a regular cultural commentator and guest on numerous radio and television shows as an expert on African indigenous knowledge systems.

More recently, he has lectured at the Tshwane University of Technology in Pretoria, acted as a judge for the Sunday Times Literary Awards and sat on a number of ministerial advisory committees.

Ntuli is married to Antoinette, whom he met at an exhibition in London 33 years ago. They have four sons. 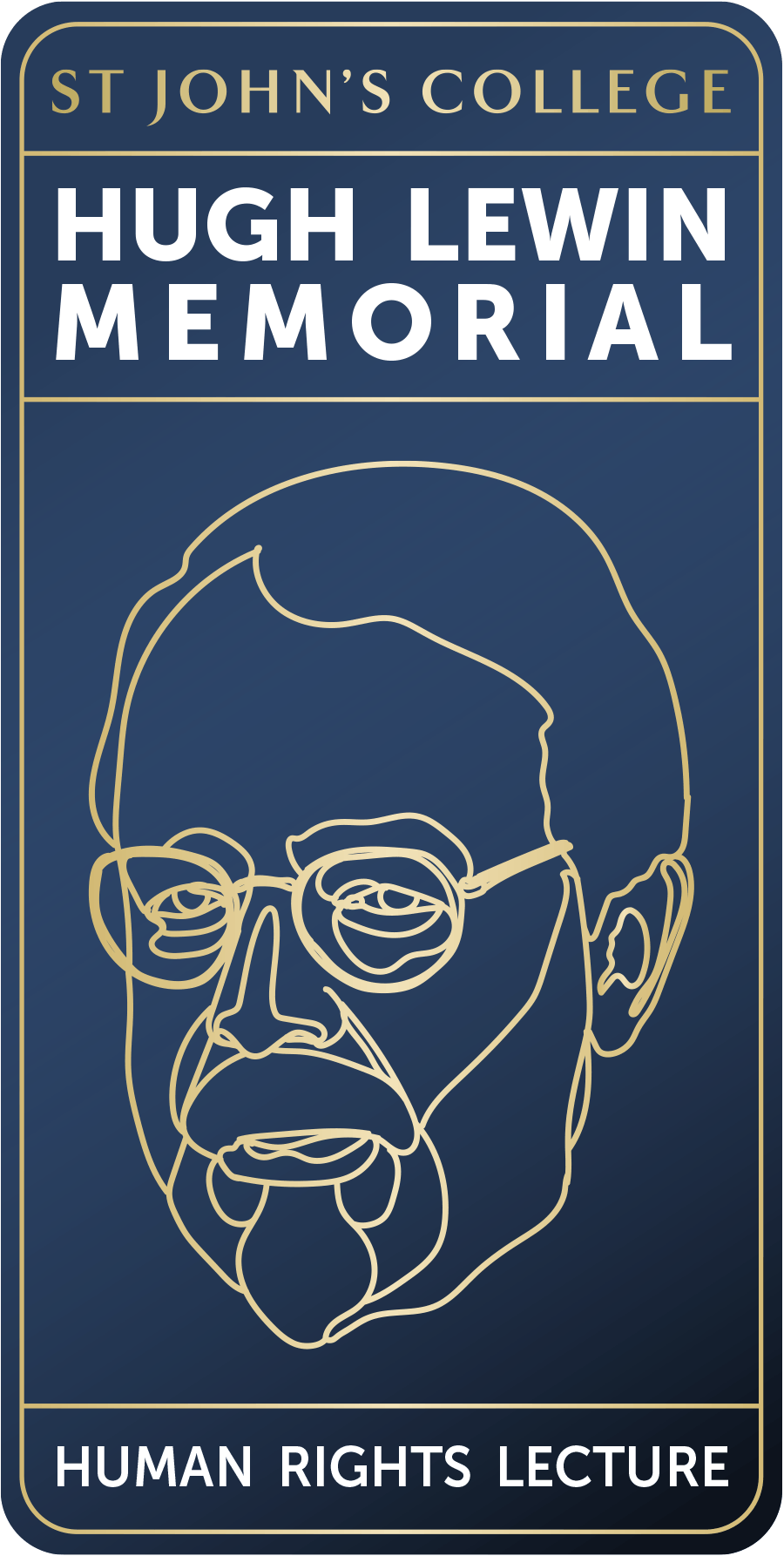 Hugh Frances Lewin attended St John's College from 1948 until 1957 where he was a distinguished student and developed an awareness of the wrongs of apartheid. This was partly due to an innate sense of justice and morality acquired at home (his father was an Anglican priest), and partly because he often accompanied St John's College teachers to Sophiatown.

It was in Sophiatown that Hugh Lewin was introduced to the sermons of priests such as Fr Trevor Huddleston, later the Archbishop, which opened his eyes to the realities of apartheid society. Hugh Lewin became involved in anti-apartheid student politics and was arrested in 1964 by the apartheid government's security police. He was eventually sentenced to seven years' imprisonment and served his sentence at the Pretoria local and central prisons.

After his release, Hugh Lewin described his experiences in his book, Bandiet: Seven Years in a South African Prison. A supplemented version, Bandiet Out of Jail, was published in 2002 and won the Olive Schreiner Prize and the Sunday Times Alan Paton Award. In 2011, he published Stones Against the Mirror, in which he reflects upon his betrayal by a close friend, which led to his imprisonment.

The St John's College Hugh Lewin Memorial Human Rights Lecture is an annual event, recognising the significant contribution that Hugh Lewin has made to society.