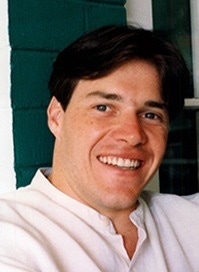 Today we remember Old Johannian Nicholas Charles Alexander Rowe (OJ Clayton 1991), one of two South Africans who died in the attacks on the World Trade Centre in New York City 20 years ago.

Nick attended St John’s from Grade 1 to Matric. He had a quick mind and an engaging personality. He was described as a scamp, a joker, the life and soul of the party and a lover of animals, women and children. He struggled academically at school but found his niche later in life in the burgeoning tech industry.

In his memory, his parents established the Nick Rowe Memorial Teacher post, an academic support position, to assist boys who experienced learning difficulties similar to those that had beset Nick. This post was funded by the Rowe family for 10 years until 2011.

Nick was also a keen rugby player and the family lent his name to the Nick Rowe Memorial Inter-House Sevens Tournament that has been played on Gaudy Day each year since 2001 (with the exception of 2020 and 2021 due to the COVID-19 pandemic). Alec and Judy Rowe, along with members of the Rowe family and friends of Nick, often attended the Nick Rowe Memorial Inter-House Rugby game.

In The Johannian (2011), St John’s College acknowledged with gratitude the generosity of the Rowe family in allowing the love for their son to be manifested in such a positive and meaningful way.

Nick Rowe continues to be remembered by the boys who benefited from the establishment of academic support at the College, and by those who compete in the annual Inter-House Rugby on Gaudy Day, ensuring that the spirit and enthusiasm with which Nick played lives on in this competition.