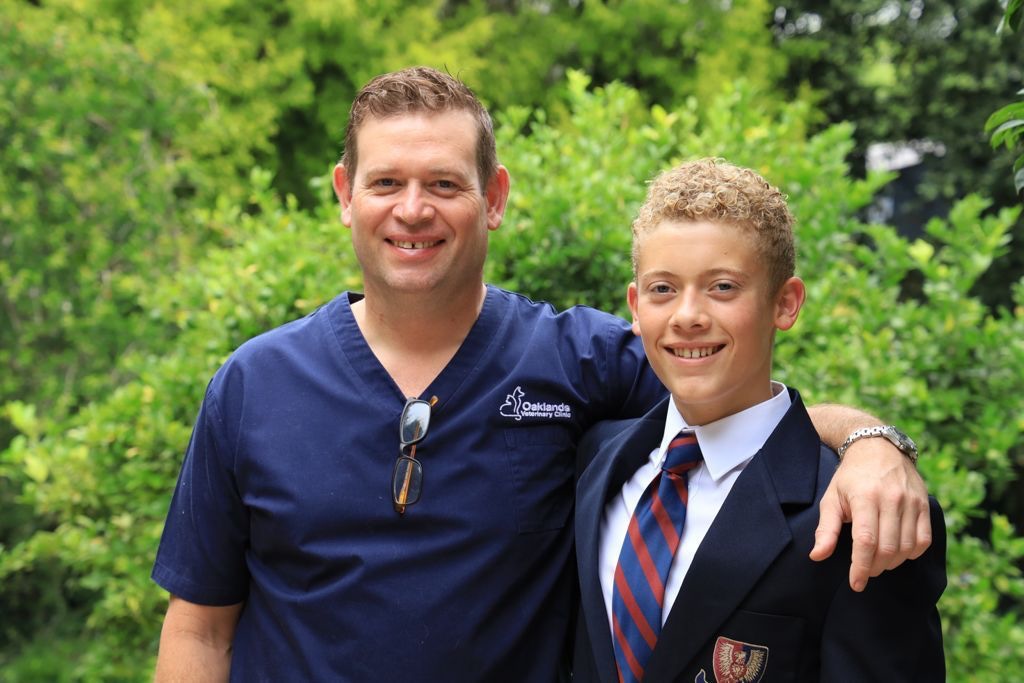 Dr Jacques Visser and Jake on his first day of Remove

I am heartbroken to share that one of our students, Jake Visser, tragically passed away after collapsing at home yesterday afternoon.

Jake joined St John’s College in Remove this year from Laerskool Jan Celliers. He was a bright and talented young man, an all-round student. He excelled academically where he consistently featured in the top three performers in his grade each year and was repeatedly a top achiever in his subjects. He had a fantastic general knowledge, winning certificates at the school general knowledge quiz each year.

He was awarded the Major Academic Scholarship to St John’s College, achieving one of the top marks in Mathematics in recent years.

Jake was an avid sportsman. He loved swimming and was an excellent swimmer. He earned his place in the first swimming team at the age of nine, often competing against boys much older than him. He remains the U12 Freestyle record holder at Jan Celliers and swam the Midmar Mile in 33 minutes.

He played cricket, earning himself a place in the A cricket team for his age group each year, and represented the first cricket team from 2019. He was awarded the Best Junior Bowler trophy in 2017. He played rugby and was the rugby captain for his age group in 2018 before going on to play for the first team for the remainder of his prep career. He was awarded the Best Forward trophy in 2018.

Jake supported Jan Celliers in various cultural activities. He played the guitar and participated in the Biennial School Concerts. He even participated in the television programme, Money Heroes, where teams competed to make the greatest profits off investments.

He was a popular young man amongst his teachers and friends. He was a little shy and deeply respectful, but had a mischievous smile, a wonderfully dry sense of humour and loved speaking in accents. He was a young man that would not back away from a challenge. He was full of energy and joy, and nothing was too difficult for him. He was a fiercely loyal friend.

His mom and dad are both veterinarians, and Jake shared their love for animals. He also loved spending time outdoors.

Jake was immensely proud of his scholarship achievement and looked forward to starting his next chapter at St John’s College. He joined us on Campus for the Remove orientation programme on Monday and his peers would have seen him in their online classes yesterday morning. His parents reflect that when he came home from school on Monday he was on cloud nine and so excited about the opportunities that lay ahead for him at St John’s. He felt he had excelled in the Mathematics assessment (which he had!) and had the best History teacher!

As a keen and accomplished young swimmer, we believe that he was going to trade his ‘butterfly’ wings for the wings of an eagle. There is no doubt he would have been a great asset to St John’s and excelled here at the College.

Please hold Jacques, Charlotte and Isla in your hearts and prayers as they mourn the loss of their beloved Jake at this unbearable, tragic time for their family.