This annual award recognises and celebrates the valued, lasting contributions of Old Johannians who have made a difference in their community, industry, arena of life or field of study.

Prof Paul Fatti collected his award and the award on behalf of his late brother Dr Carl Fatti on Gaudy Day. Prof Ben Runciman will collect his award from St John's College when he visits the school in September. 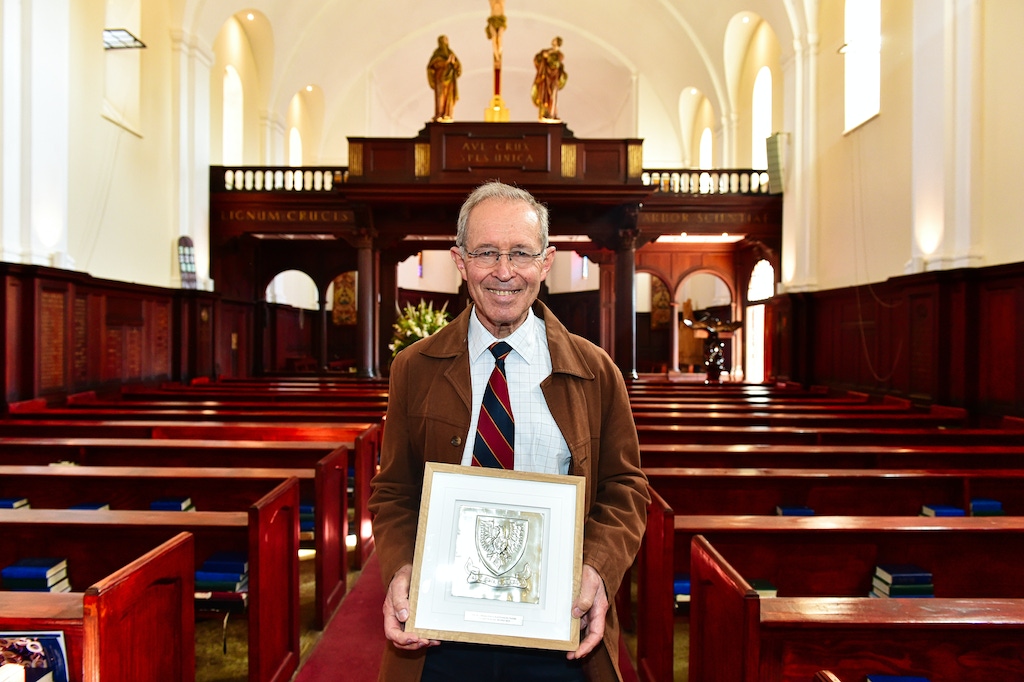 Professor Paul Fatti is a highly respected and experienced statistician who has dedicated his life to promoting environmental conservation. He headed up the Department of Statistics and Actuarial Science at the University of the Witwatersrand for many years and is now the Emeritus Professor of Statistics in this department. Prof Fatti has consulted in various areas of statistics and operations research and has managed many Data Management and Statistical Analysis projects over the years, including 11 research works. He is well known for his diplomacy and exceptional problem-solving abilities.

He was President of the Mountain Club of South Africa for nine years and received many accolades during his tenure. He is an internationally recognised mountaineer, having summited several world-renowned peaks, and he assisted in opening new walking routes across the mountain ranges of South Africa. Perhaps the most significant of his achievements in this area is his work in protecting and conserving the Magaliesberg, chairing the Magaliesberg Protection Association for 40 years. Environmentalist Vincent Carruthers refers to Prof Fatti’s invaluable contributions in his book “The Magaliesberg”. The Magaliesberg Protection Association challenged several developments and mining proposals for the area over the years.

We commend Prof Libero Paul Fatti on the legacy he has left in the academic and conservation worlds. He is a worthy recipient of the Golden Eagle Award, and we applaud his enormous contribution to South Africa over the past 50 years. 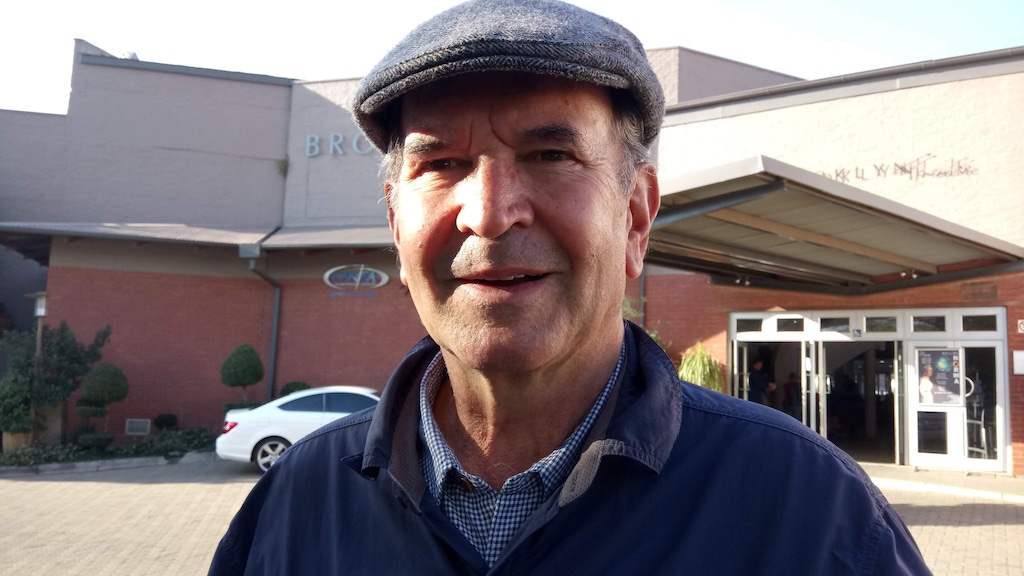 Dr Carl Fatti was born on 11 August 1947 and died tragically in January 2020, doing one of the things he loved most – climbing the Muizenberg Craggs.

Dr Fatti began his working life in agriculture as a farmer and extension officer in rural KwaZulu-Natal after obtaining a BSc (Agriculture) in 1969. In the late 1970s, he had a change of heart and enrolled at the Wits Medical School, graduating in 1984. He later completed a Higher Diploma in Orthopaedic Surgery in 1999.

He chose to apply his skills in South Africa’s rural communities throughout his medical career, moving around the country to provide care to the marginalised. He augmented his training and honed his skills with periods working in larger training hospitals but always returned to the smaller, rural centres in need. Despite the deficit of adequate facilities available in rural healthcare centres, Dr Fatti never wavered in his dedication to his patients, bringing access to world-class medical care to underserved communities.

Tintswalo Hospital in far northern rural Mpumalanga was the last place he practised before his passing in 2020 — it was also the first place he practised, having completed his internship at the hospital in 1984. Tintswalo refers its orthopaedic patients to the larger hospital in Nelspruit for specialist care, but patients would often wait weeks or months. Dr Fatti provided timeous surgery at their rural hospital.

Few senior doctors choose to work in rural areas, and even fewer have Dr Fatti’s skills and experience, making it difficult for junior doctors in these hospitals to get on-the-job training and lifesaving advice from a senior peer. Dr Fatti provided valuable mentorship to young doctors and is remembered for his sound advice in circumstances when younger doctors were facing serious medical challenges for the first time.

He had enormous empathy for his patients and their communities and was an untiring champion for improving their lives and living conditions. He spoke fluent isiZulu, and his wonderful sense of humour was infectious. The local community fondly called him “intshebe ehlekay”’ —“the beard that laughs”.

A notable achievement was Dr Fatti’s skill in treating children with clubbed feet, a congenital condition that, untreated, can result in permanent disability. Previous treatments were surgical, but Dr Fatti learned and shared the Ponseti method of manipulating the foot and putting it in a plaster cast to reposition it. This became the mainstay of treatment, saving countless babies in rural areas from a lifetime of crippling disability.

He is also widely regarded as one of South Africa’s leading mountaineers, participating in major expeditions in southern Africa and around the world, including Kenya, Peru, Patagonia, Bolivia, Kyrgyzstan and the Himalayas. Music was also a great love, particularly opera, and he would travel great distances to attend performances. He often insisted on operating to the stirring sound of opera music, much to the bemusement of his support staff.

Dr Fatti spurned the limelight, but if one wishes to learn the essence of the man, one only has to visit one of the many communities he served to understand the reverence with which he was regarded and the outstanding services he provided. Dr Fatti embodied the principles of Lux Vita Caritas throughout his life, providing dedicated, selfless service to the most underprivileged of South Africa’s communities in a quest to leave the world a better place. Dr Carl Fatti is deserving of this posthumous Golden Eagle Award. 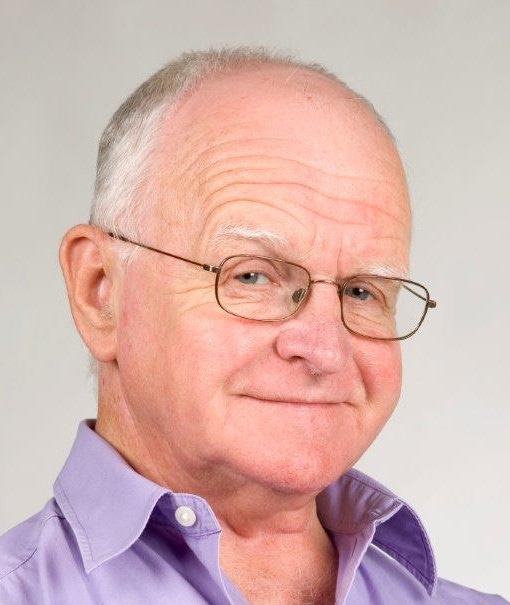 Professor William ‘Ben’ Runciman has committed his life’s work to improve patient safety by fundamentally changing clinical practice. He set safety standards in anaesthetics and intensive care and defined patient safety concepts, terms and classifications. Through his research, publications, training and work on various boards, he has made a significant difference in patient safety across Australia and the world.

James Reason, Professor Emeritus of Psychology at the University of Manchester, says of Prof Runciman: “He is one of the true pioneers of the patient safety movement.”

Prof Runciman completed his military service after school before embarking on his degree at Wits Medical School in 1970. He emigrated to Australia in 1973, specialised in Anaesthesia in 1975 and then Intensive Care in 1981. He received his PhD from Flinders University in Adelaide for his research on the interface between Pathophysiology and Pharmacology.

In the late 1980s, his focus shifted toward patient safety, and he created the Australia Patient Safety Foundation in 1988. He set up voluntary incident reporting for anaesthesia in Australia, and an International Task Force for Anaesthesia Safety, which led to the creation of international safety standards. He developed a classification system for analysing incidents in anaesthesia, which went on to become the International Classification for Patient Safety.

We are proud to award Prof William ‘Ben’ Runciman the Golden Eagle Award in 2022.