A special welcome to all our guests; to The Right Reverend Dr Vincetia Kgobe, Bishop of Lesotho, Ms Fiona Lloyd, Thandi and Tessa Lewin, Ilse and Tim Wilson, Executive Headmaster Mr Stuart West, other Heads and Deputies from St John’s, Members of Council and Old Johannian's, to our staff and to our students. Welcome.

To those online, and to those with us here in the beautiful pelican Quad. Welcome.

Who was Hugh Lewin? Let us hear him, in his own words, spoken out of the dock at the start of the trial which saw him convicted to seven years imprisonment. You will understand the historical context of these words, spoken as they were in 1964: “My Lord, I am 24 years old. I was born in Lydenberg, in the eastern Transvaal. When I was one, my father transferred to Irene, near Pretoria, where he became parish priest and chaplain to the Irene Homes.

“When I was eight, I was sent as a boarder to St John’s College, an Anglican private school in Johannesburg. I matriculated there in 1956, then stayed on at school for a post-matric year in preparation for my studies at university.

“I wanted to become a priest, and arrangements were made for me to go first to Rhodes University and then to theological College in England.

“I completed my BA at Rhodes University, Grahamstown in 1960, but I felt then that I was not yet equipped to face the rigours and demands of the priesthood, so I postponed my trip to England. My father, my lord, was a gentle and loving man with whom I had a close and warm relationship until he died, aged eighty, in 1963. He brought me up to believe that all men, rich and poor, should be respected and loved as creatures of God. I have always believed, and still do believe, that all (people) are equal in the eyes of God. That belief was a strong factor in my decision to commit sabotage.

“During my last years at school, I spent a number of Sundays as a guest of Father Trevor Huddleston and the other fathers of the Community of the resurrection, in Sophiatown. Here, for the first time, I was brought into direct contact with the poverty and suffering of the African community that lived there. I listened to their conversations and heard them speak about their frustrations caused by laws that prevented them from improving their lot, and about their hatred, especially for the pass laws which disrupted their lives.

“In the white community, my father was a poor man. But by comparison with the Africans whose homes I went to, he seemed very wealthy. This difference between whites and blacks set the laws which governed them, against the whole Christian teaching which was the basis of my life.

The Judge, Toss Bekker, did not really agree, although he sent Hugh to ‘the lightest sentence the law allowed’ – seven years in addition to the 6 months he had served while awaiting trial.

Lewin’s jailmate Paul Trewhela wrote: “He sought for no high office, and never trumpeted his name. He always did what he thought was right, no matter what the cost.” Hugh continued to serve Human Rights throughout his life, in London, in Zimbabwe and upon his return to South Africa. He furthered Human rights, no matter the cost, by opening peoples’ eyes to the meaning of freedom in his work as a journalist, as a writer, his work for NGOs, in founding a publishing house and in his TRC work. We continue this work, in part, by opening our own eyes and enlarging our thinking….. I welcome you to the 4th annual Hugh Lewin Memorial Human Rights Lecture. 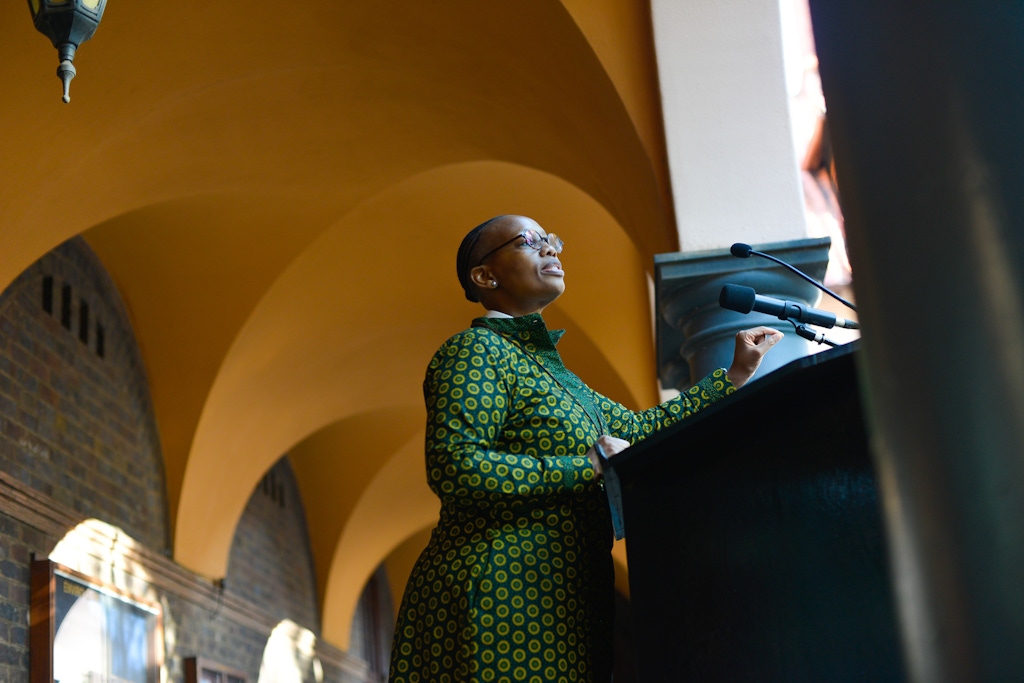 Our special guest speaker The Right Reverend Dr Vicentia Refiloe Kgabe was born and raised in Soweto, South Africa. She was recently consecrated as the seventh Bishop of Lesotho following in the footsteps of the late Archbishop Desmond Tutu. Before being appointed as the Bishop of Lesotho, she served for seven years as the Rector and Principal of the College of Transfiguration Theological College in Makhanda. She has served as a parish priest in eight parishes and as an Archdeacon and a Director of the Ordination Process in the Diocese of Johannesburg. 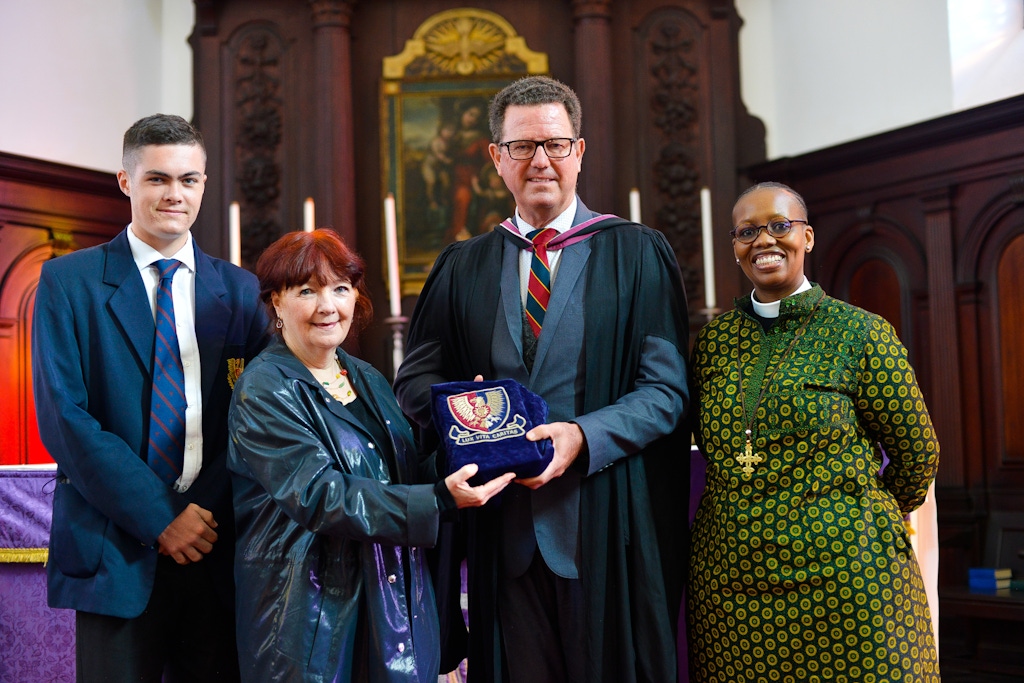 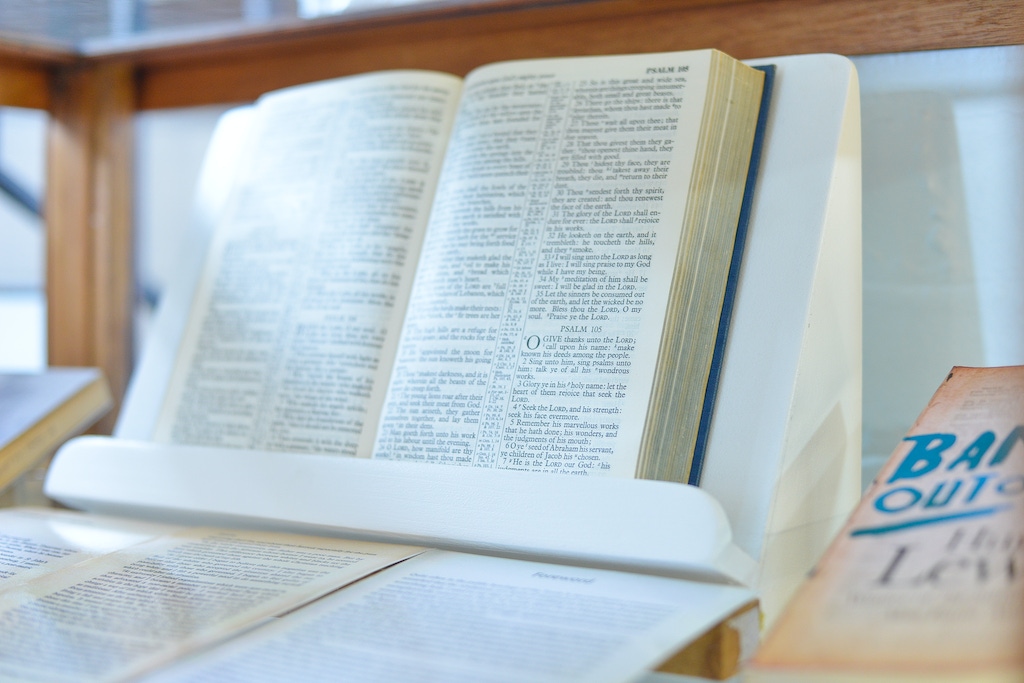 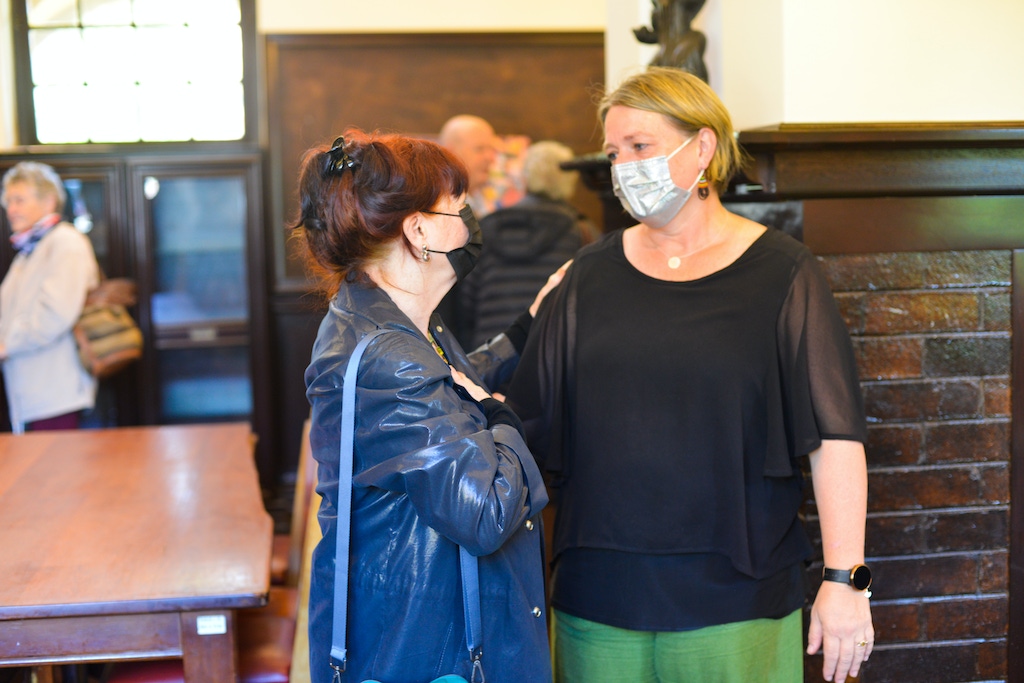 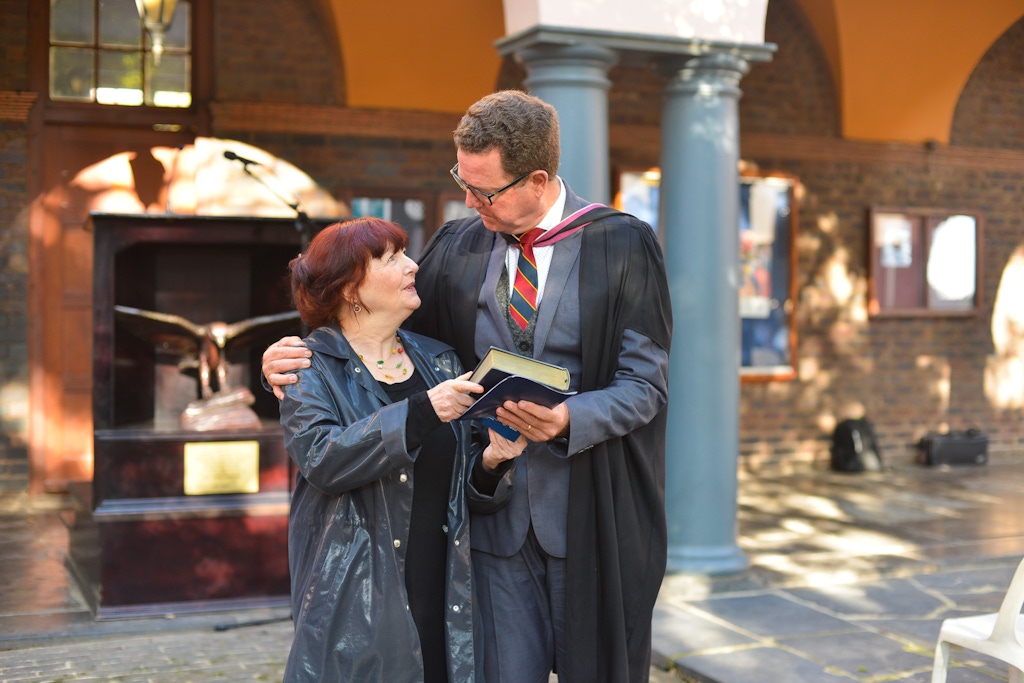 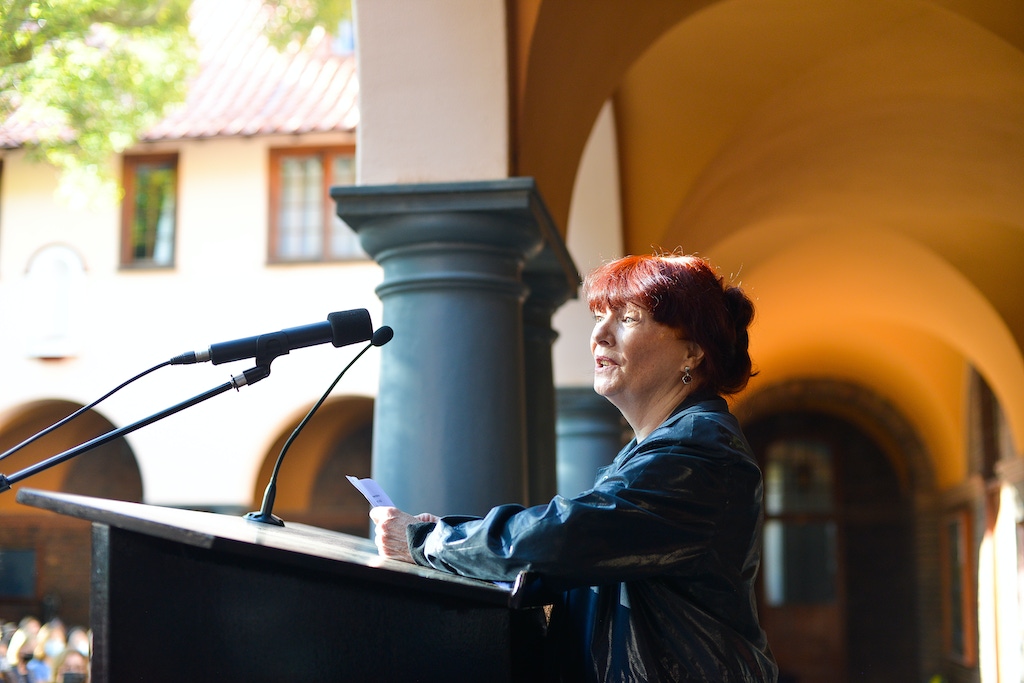 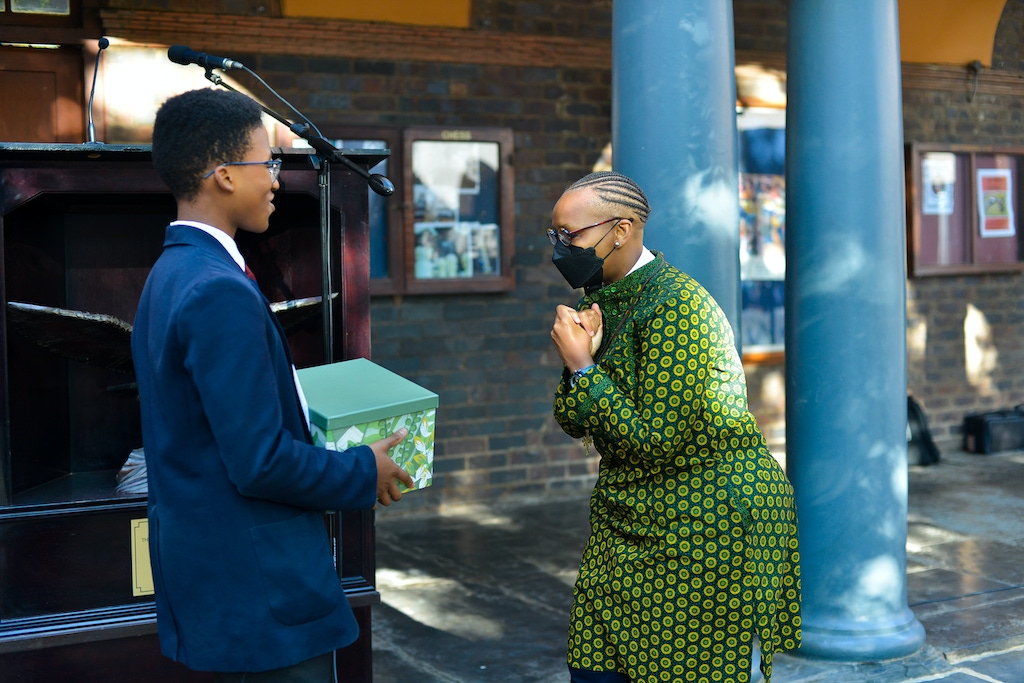 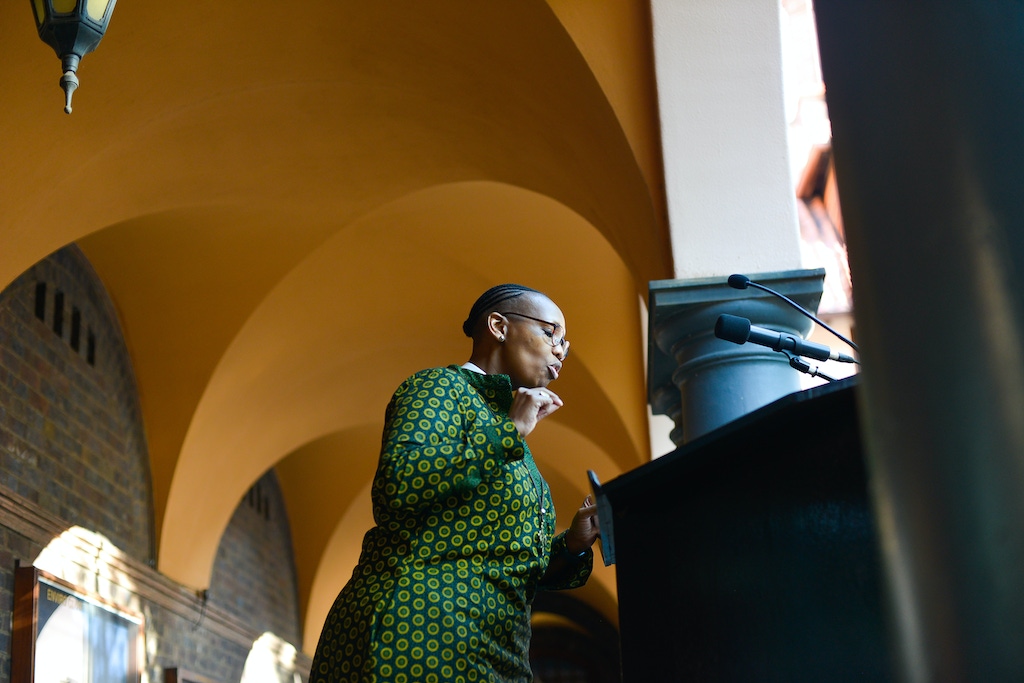