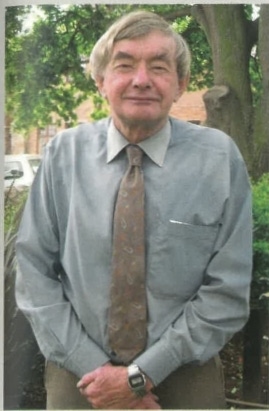 The Johannian community is saddened to hear of the passing of Dudley Morgan on 25 May 2022.

Dudley Morgan joined the biology department at St John’s College in January 1981 from Nigeria via England. He was interviewed over the phone by then headmaster Jan Breitenbach, and he arrived in South Africa with his wife and two young daughters to take up the position of HOD in David Quad.

He was responsible for building a fantastic department with a wonderful group of teachers from the mid-eighties until he left in 2004. It was a tribute to him that his staff worked for such long tenures under his leadership. As former colleague Kevin Hawksworth commented in his farewell note published in The Johannian that year: “Quite simply, we all knew that there was no better place in South Africa to teach biology”.

Dudley contributed to many aspects of life at St John’s but the biggest mark he left was undoubtedly in the academic field. He was a professional teacher with a remarkable knowledge of his subject and he ensured that he kept up-to-date with the ever-evolving requirements of biology. He also made sure that new techniques, particularly in practical work, became the practice of his colleagues.

He always ensured that the highest standards were maintained in all the biology classes. It is fair to say that biology consistently produced a disproportionately high number of matric distinctions - an achievement for which Dudley must take a tremendous amount of credit.

The most remarkable attribute of Dudley was how he managed his department. He never raised his voice in anger or irritation or undermined or maligned anyone. His encouragement, motivation and sincerity always brought out the best in his colleagues.

In 1987, Dudley and Adinda Hartopp (currently teaching Sixth Form biology at St John’s College) had the opportunity to take a Sixth Form group to do some fieldwork. They would leave after school and spend the weekend on Ronnie Howell’s game farm Boekenhoutskloof, north of Johannesburg.

This relationship with Ronnie Howell saw the start of an ecology course designed by the two. “Dudley and Ronnie taught themselves about the African bush over years of time spent analysing the organisms living at Boekenhout and how they interacted with each other and the abiotic environment,” said Hawksworth. Dudley regularly consulted with Prof John Skinner (OJ 1949) to ensure that the course content was accurate, and spent many hours sampling vegetation to increase his personal knowledge of the African bushveld. He was a Welshman who became more knowledgeable about the bushveld than most South Africans will ever be.

For many years, students from St John's had the privilege of being taught an ecology course that gave them a phenomenal understanding of the African bush. "My fondest memory is having a Long Tom Castle beer with Dudley next to the fire once the students were in their huts late at night while on a biology tour,” said Kevin.

Adinda also kept in touch with Dudley and his wife Christine over the years. Dudley and Christine moved to Bedford in the Eastern Cape after his retirement, becoming very involved in the Anglican church and the local community.

Dudley was always a frustrated gardener who had no time while teaching. He took this time to build up a nursery growing and selling Fuschias. He had over 200 species and propagated over 2000 plans each year. He was known as a Fuschia expert, writing articles for local and national publications on behalf of The Fuscia Society of South Africa.

Dudley and Christine later moved to Hilton in KwaZulu-Natal to be closer to their daughter Mary. Dudley loved St John's and teaching biology. He always kept up with what was happening at St John’s, attending Gaudy Days and school reunions.

He is survived by his wife Christine, daughters Cathy and Mary and two grandsons as well as a brother, sister-in-law and their family in the UK.