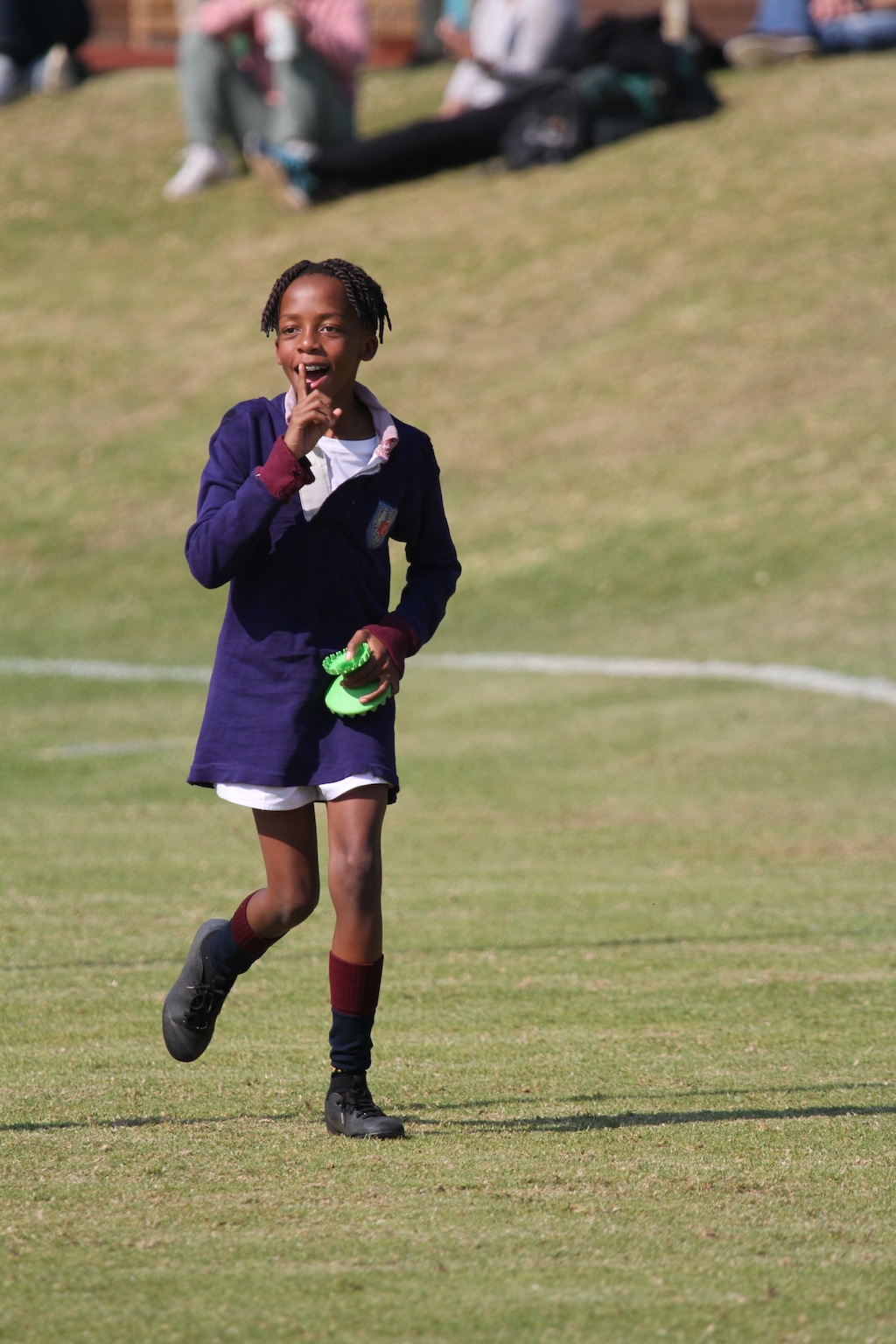 While it is true that one game doesn’t make a season, one game can certainly make a season memorable. For any Johannesburg school, a trip out to a Pretoria-based school often carries with it a sense of nervousness. Crossing the “great divide” into a slightly different culture brings with it perhaps even a little trepidation at meeting an opposition steeped in history, paved with pride and who clearly eats three square meals a day. It is not recorded how many of the 1 600 Pretoria Boys High School students grew up on a plant-based diet, but the boys there are men. Polite, hospitable and beautifully turned-out men. They must surely have no shortage of bass singers in their choir, and the multiple greetings we received as visitors were in the lower range of baritone, at best.

The red, white and green hoops seemed to have the upper hand against the maroon jerseys in most of the games but – like the boys, staff and parents who hosted us on 4 June – the atmosphere was convivial, friendly and appreciative of well-run schoolboy rugby.

The “Thirsty Thirds” produced somewhat of a Black Swan event in that it was totally against the run of play as far as results were concerned. It was unforeseen and unpredictable and perhaps it laid the foundation for some unexpected consequences. They tackled like demons, hit the rucks like there was loose tuck money to be gathered there, and then swung the ball with some electric speed to young men who played as if their girlfriends were watching. Maybe they were. What they showed, however, was that the bigger opposition was also slowed in a good tackle, that a well-timed pass will turn the fleetest defence into an open gap, and that united support, even if smaller, is everything.

This reflection is not a synopsis of this memorable game, and neither is it a report on the unforgettable main fixture which happened on the same field just a short while later. We will not forget how a smaller pack in stature stood up with a bigger heart. We could wax lyrical about the slick running of the centres and how they seemed to almost turn themselves inside out, let alone their opposition, in some mesmerisingly jinxing runs. The inside pass from a prop and the backup of a lock, as well as some fully charged runs from wings and fullback alike. How a scrum-half who would not look out of place in an under-14 fixture just did his job and did it brilliantly, or how a fly-half remained cool and present in a cauldron of pressure.

This is not a remark on every crucial steal or stolen lineout against the next generation of Matfield and Botha. While the coaching staff should be commended for their passion and their preparation, this observation is not about them – even though, at one stage, they seemed intent to join the back line in the dead ball area, such as their intense interest in their young charges.

This is really about the small things, which perhaps are not small at all.

A rag-tag and bobtail group of semi-uniformed supporters who never stopped singing must surely have made a difference. While they were in various states of uniform, some in blazers, some in tracksuits, some in a combination of the two, the adjacent stands were uniform. Disciplined, respectful, homogenous, impressive. It was pretty sure though, that despite the difference in supporter base, the smaller one seemed to have a more fully charged battery – and sometimes all that is needed is a spark of energy to get something moving. It looked a little like King Leonides facing insurmountable odds in the ancient battle of Thermopylae as he took his troops to face Xerxes and his massive Persian army.

Perhaps this time, Leonides was the smallest soldier, and the enemy wasn’t Persian, it was Pretorian.

The “Half Man” is a time-honoured tradition at this other learning institution on the hill, and although one is a College from the South and the other is a School from the North, both stand proudly on a hill, spectacular examples of what can be possible in this extraordinary country of ours. Boarding house legend has it that this diminutive jersey, with the Number Half, has never been washed and yet its threads of fabric shine through in a combination of history, honour and humour.

Nothing seems to fit this young warrior. Not the scrum cap or the socks – certainly not the jersey, and even the kicking tee looks heavy in his hands as he sprints with his toothpick-like legs onto the field of battle to hand this crucial piece of ammunition to his General. And although nothing seemed to fit him, he was not out of place and created his own fit. I’m not sure how it transpired, but as the plucky No. 10 lined up his kick, the Half Man started a routine of push-ups. At the crucial moment – as the kicker had performed his Napoleon-style half-armed, cross-chest salute to the target of his intended missile and was about to march into his run-up – the Half Man held his form and with one arm raised towards the same posts he signalled a V for Victory sign as a symbol of “I Believe”.

Much of the crowd was worried if he could hold his slight frame up long enough so as not to collapse and disturb the kicker, but he held true and steady until the ball had sailed through the middle of the uprights.

He returned to somewhat of a hero’s welcome from his army of Blues and while, for an instant it seemed like he disappeared behind the robust form of the corner flag, he emerged once again and remained a huge presence in the game. A game which needed every ounce of extra it could muscle together.

To win at anything, especially against larger opponents, these things are all necessary and may be non-negotiable.

But we also need the Extra Half.

If we held onto any comment for that extra half a moment (however heated), or delayed response for that split second (however potentially warranted), we might avoid road rage, keep ourselves from harm and safely away from embarrassment.

We could enjoy more magical memories, more deserved Derby days, and more times to be truly human together.

Today I will try and remember the power of “The Half”.

Half a step of courage,

Half a moment of restraint

Half an ounce of humility.

Half a push-up, yet holding my form when I feel like collapsing.

It might just take the Extra Half to make us whole.