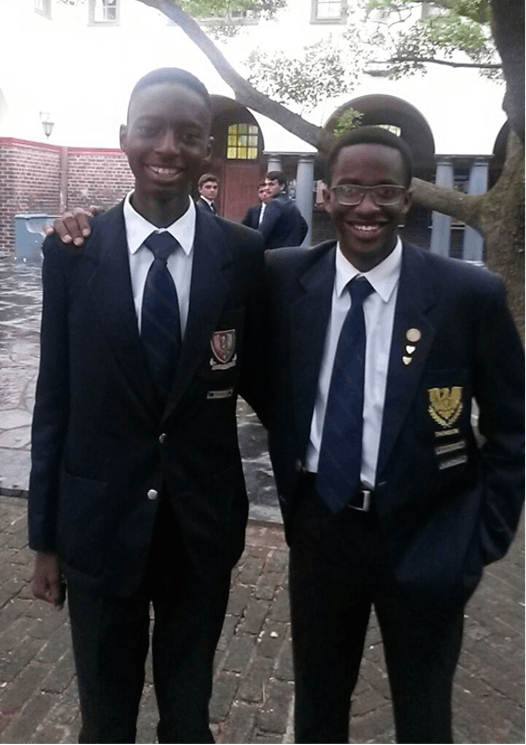 It is with a profound sadness and a heavy heart that St John’s College has learned of the passing of Old Johannian Vukosi Nkuna. Vukosi was Head of Thomson in 2015 and embraced every aspect of College life during his time at St John’s. He was also a keen and talented footballer who represented the Blues.

“He was considered the ‘go-to’ person by many of his peers and the younger boys in Thomson House. And when the time came, he was the popular choice to step into the role of Head of Thomson,” said Mr Derek Bradley, former Thomson Housemaster.

“Vukosi was a person of enormous integrity and someone that epitomised the values that define a true Johannian. His kind, caring and compassionate nature contributed to him being highly respected by his peers and his teachers during his time at St John's. Vukosi was a young man who led by example. His gentle nature enabled him to be considerate of the feelings of others, and he formed many long-lasting relationships,” said Mr Rod Mcdonald who took over as Thomson Housemaster in Vukosi’s matric year.

Our thoughts and prayers are with his brother Ntsako Nkuna (OJ Head of Thomson 2018), the Nkuna family and all who knew him at this very sad time.