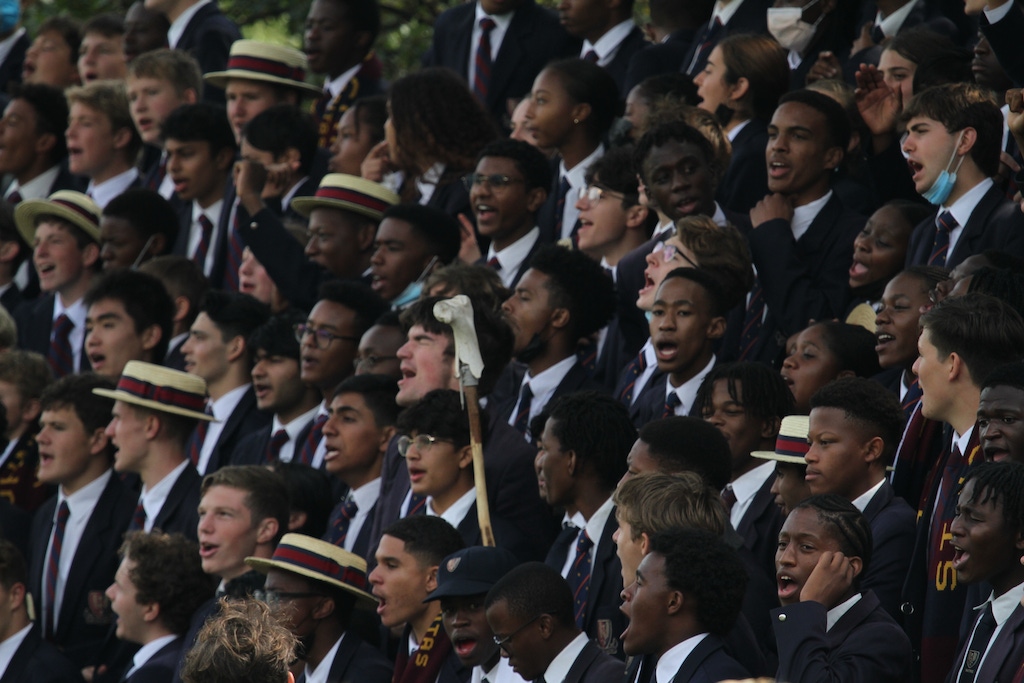 We saw St John’s College welcome St Benedict’s College to Burger field this past weekend in the first winter season Derby Day home fixture of the 2022 campaign. The School grounds were filled with a great buzz, with plenty of excitement coming from the boys, parents and Old Johannians that flocked the number of fields at the school, to witness the first home rugby fixtures in over three years.

It was yet another great weekend for the College rugby club, with the boys playing very well against great opponents. The games were played in great spirit, passion and fairness, with the results reflecting this well.

The main game saw a great showing by the St John’s College 1st XV, with the Blues, putting in another fantastic performance, coming out 55-18 winners against a good St Benedict’s College 1st XV. The two sides had however met before in an unofficial game that was played out in Bedfordview, set to be a warmup game ahead of the season, which St John’s were triumphant in as well.

In the end, as a school, St John’s College managed to win all their games across the age groups against St Benedict’s, with only the 5th XV team recording a loss at the hands of St David’s Marist Inanda 4th XV team. With the 2022 season now 3 weeks in, St John’s College as a school has only lost two games, with one being a staggered matchup. Well done to all the boys and coaches involved.

St John’s students in the stands also took a moment out during the 1st XV rugby game to remember the late Old Johannian Vukosi Nkuna (Head of Thomson 2015), by spelling out his name in the stands during the game. 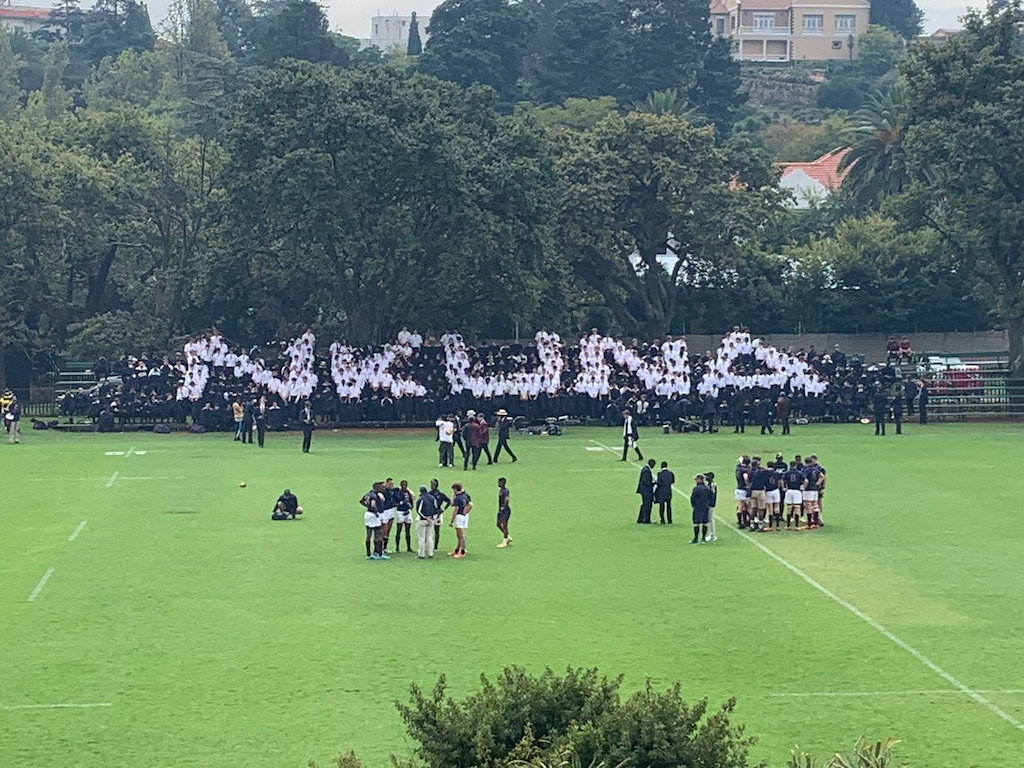 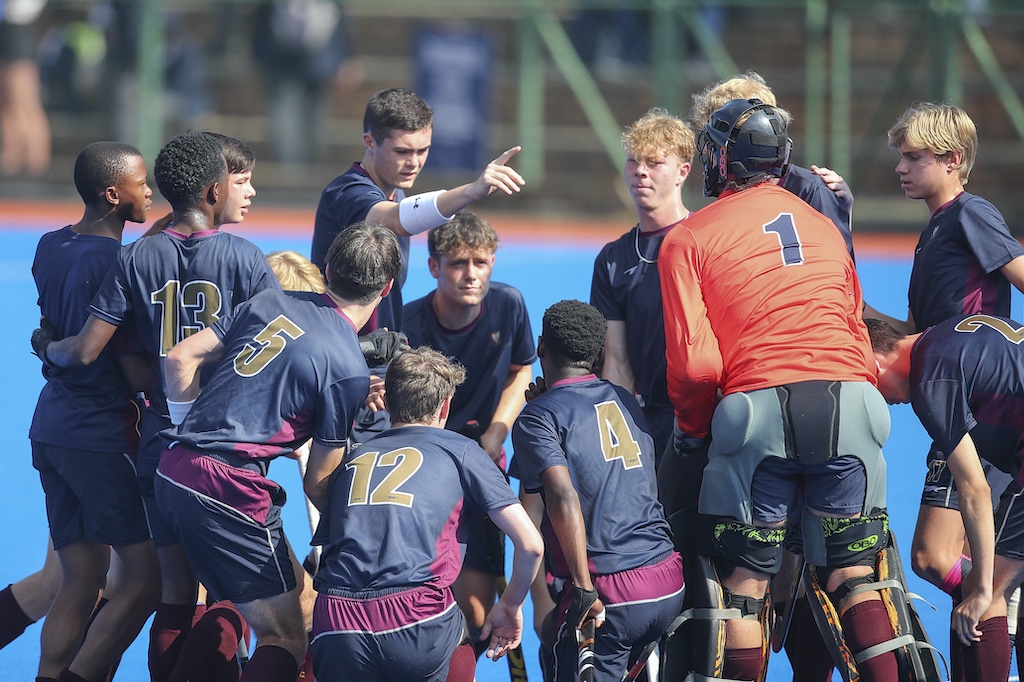 A full set of hockey fixtures took place on Saturday as St John’s College hosted St Benedict’s College on the Astroturf in the first set of home games in the 2022 season.

Once again, the college boys produced results, they could certainly be proud of this week, after picking up 10 wins out of the 14 games played on the day, with the rest being draws, meaning the school were unbeaten on the day against St Benedict’s.

The results weren’t however all that was of importance on the day, with the big emphasis being on fun and just seeing the boys back out doing what they love.

It was also good to have a couple of the A teams back in the mix, after they missed out on the fixture against St David’s Marist Inanda, the week before due to the various festivals they were participating in around the country. It was a great return for them, where they all picked up victories, collectively scoring 12 goals and conceding none. The 1st XI continued their good run of form, comfortably brushing St Benedict’s College 2-0.

Congratulations to all involved over the weekend, contributing to a really successful first home winter season fixture. 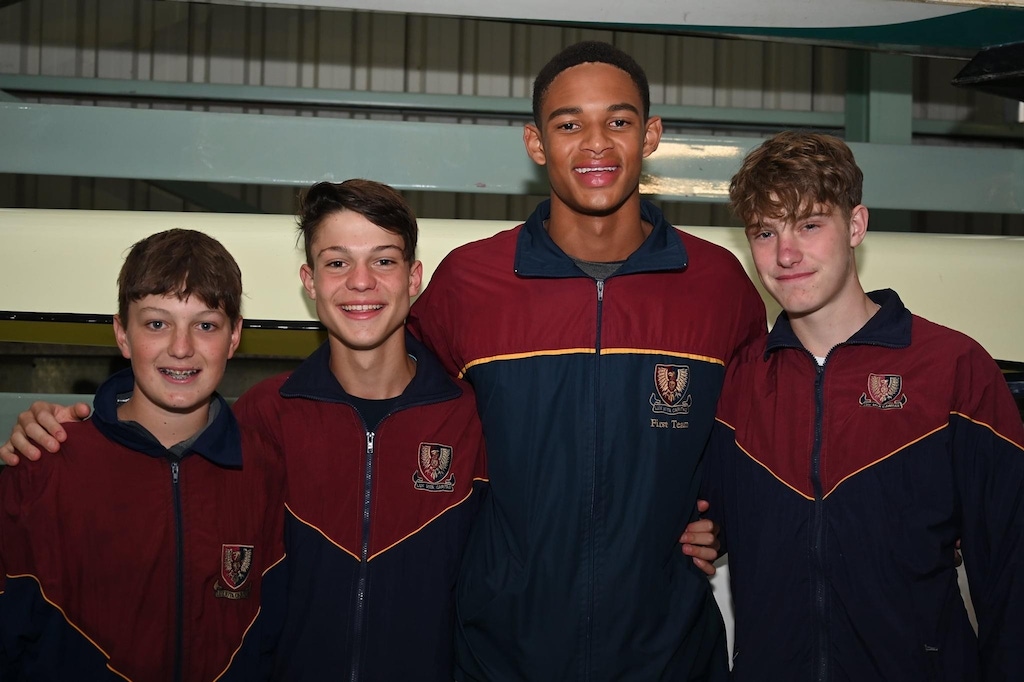 The boys were selected based upon their performance at the SA Schools Rowing championships earlier this year, with the four St John’s College boys impressing selectors and earning themselves a spot in the U/16 group.

Old Johannian and head coach Barry McNeice was also selected as the head coach for the touring party.

The team will be leaving for the United Kingdom on the 27 April and returning on the 9 May. The boys will be racing at the Wallingford Regatta, which is quite a prestigious Regatta in the UK. The touring party will furthermore be racing at the Scullery Regatta as well as the Bedford Regatta, making it three races in the time spent on tour.

The squad gathered at Homestead Dam for an intense training camp from 1 to 3 April 2022.

“The goal is to go over to the UK and be as competitive as possible,” said Barry McNeice 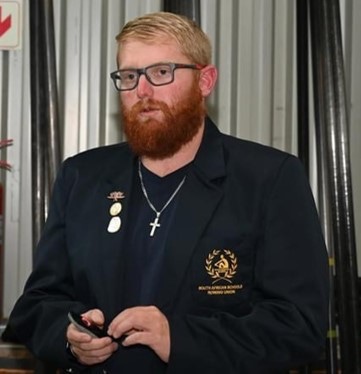