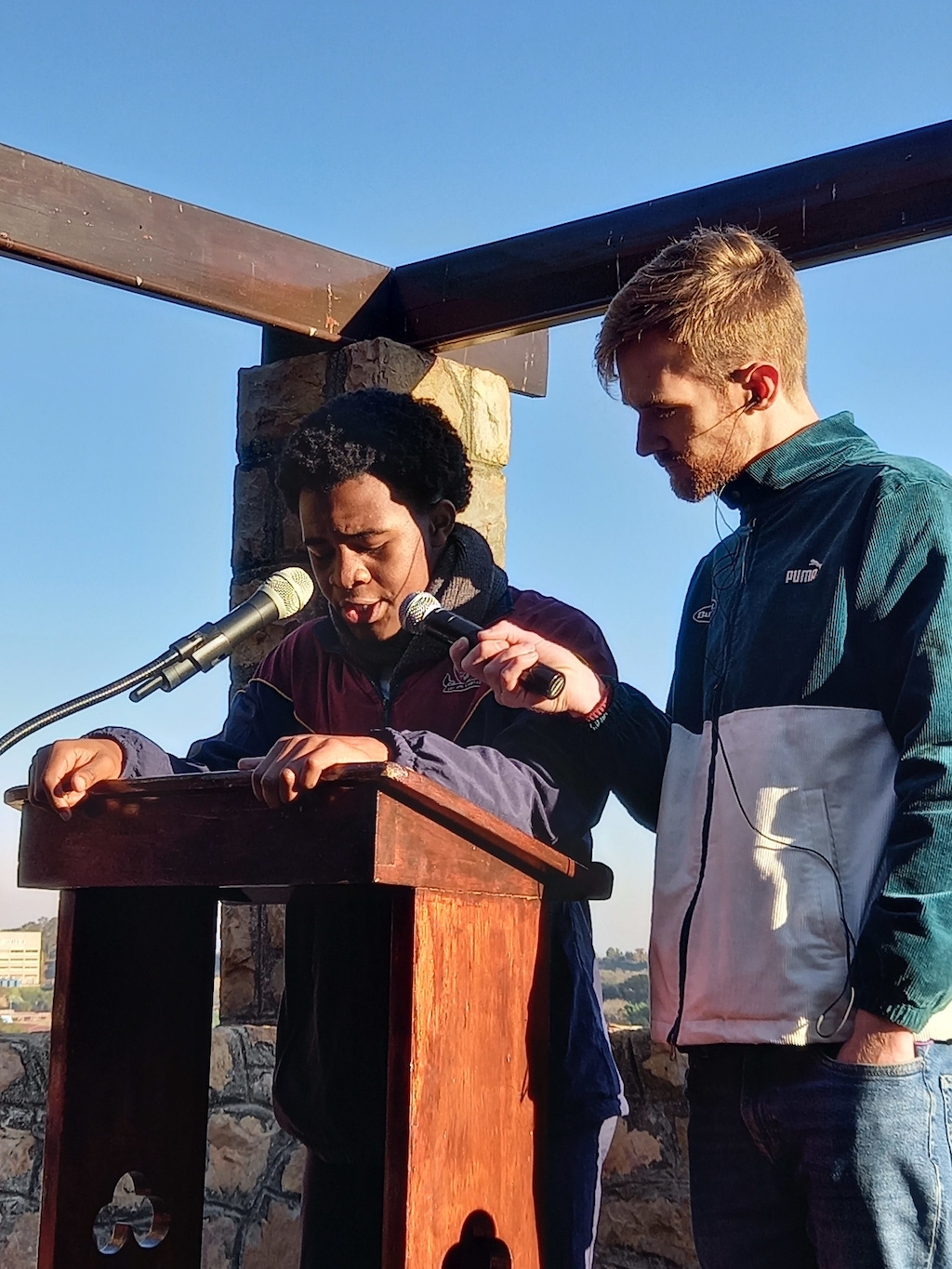 Sihle Simelane (UV Fleming) addressed his peers at a youth-led assembly as part of our Youth Month celebrations. 5fm's #5Breakfast was there to broadcast his message live to South Africa. Listen to him speak on 5fm Catch Up here - scroll through to 13 June and click on 'Youth Day Devotion'.

But unfortunately, as we grow these beliefs tend to wane and dwindle as the equations of math and the theories of science creep their way into our lives. Leaving us with all the less to believe in until in some cases we may even cease to hope for anything. And we hear it frequently from a myriad of sources in our lives, “get real” “grow up” “act like your age.” I say nonsense. In South Africa’s context especially we have only been able to come this far because millions of people, children stood up and fought for a cause that they believed in. Imagine just for a second if the students of June 16 had not truly believed in what they had stood for? Imagine they had backed down when vicious dogs were tearing at their uniforms and tear gas was clouding their airways. Food for thought. So as I stand in front of you all I continue to recall the story of a boy younger than our removes dying in the arms of a boy the same age as the matrics for a cause that he had nothing but hope for, Hector Pieterson. A cause that sought for a world that would allow a boy like me to stand here and talk about what it means to be young.

So what does it mean to be young? It doesn’t mean hope simply but to be hope. To carry those wild dreams with you every day and not let them become a weight that adds to your mundane stresses but the wings that will make you weightless, and admittingly that takes immense bravery. Amanda Gorman said “ The new dawn blooms as we free it. For there is always light if only we’re brave enough to see it, if only we’re brave enough to be it.” And college, that's all I see as I look at you - hopeful bravery. So when next you are told to act your age, become more mature or let go of that dream, remember a little bit of what has been said today, what it means, what this month and what you mean. And I’m positive we will continue to create a world like we have never seen. 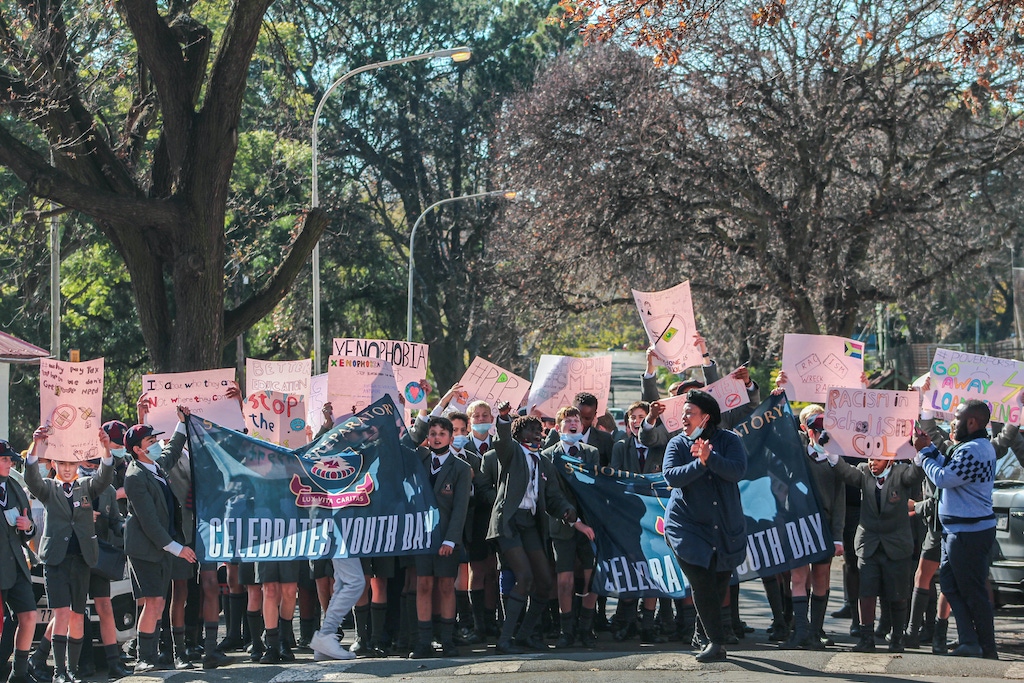 The Prep has also been celebrating Youth Month, and as part of their Social & Civic Justice through Christ lessons, the Upper III and Lower III boys have been learning about the events that led to the Soweto uprising on 16 June 1976.

It was these demonstrations and protests, led by students, that profoundly changed the socio-political landscape in South Africa. Peaceful protests remain a powerful tool for change as they continue to highlight important issues and put pressure on systems where awareness and reform are needed most.

As part of their mock protest, the boys were tasked with designing posters based on issues that are relevant to them today - from their cold knees in grey winter uniform shorts to gender inequality, hunger and xenophobia. At St John's, we aim to foster a respect for self and others in our students, built on strong social awareness, connectedness and active citizenry. 'Let's fight for freedom’ was the song we sang, to celebrate how far we've come, and how far we still have to go, together.