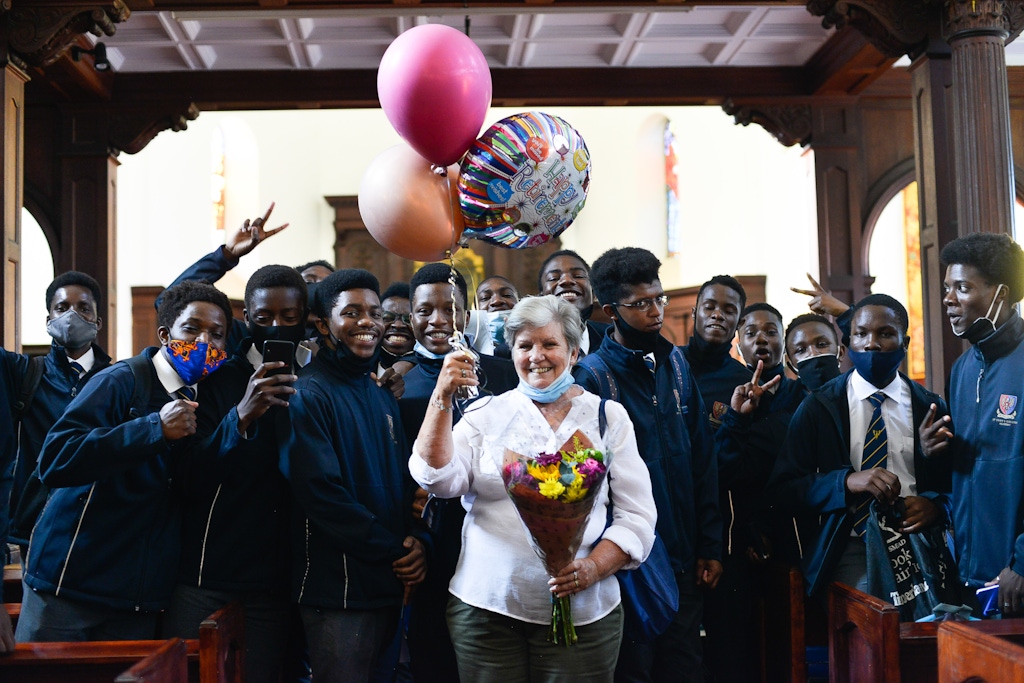 Mrs Agnes Nugent and the Academy

The St John’s College Academy celebrated their matric students at a special Valedictory Service in the Memorial Chapel.

St John’s has not seen as much of the Academy as we would have liked this year due to the COVID-19 pandemic and subsequent lockdown in March. However, we were lucky enough to be able to bring the matric students back to join us on campus for classes in September.

We are incredibly proud of our young men who, despite existing hardships compounded by the pandemic, have made it through this challenging year. 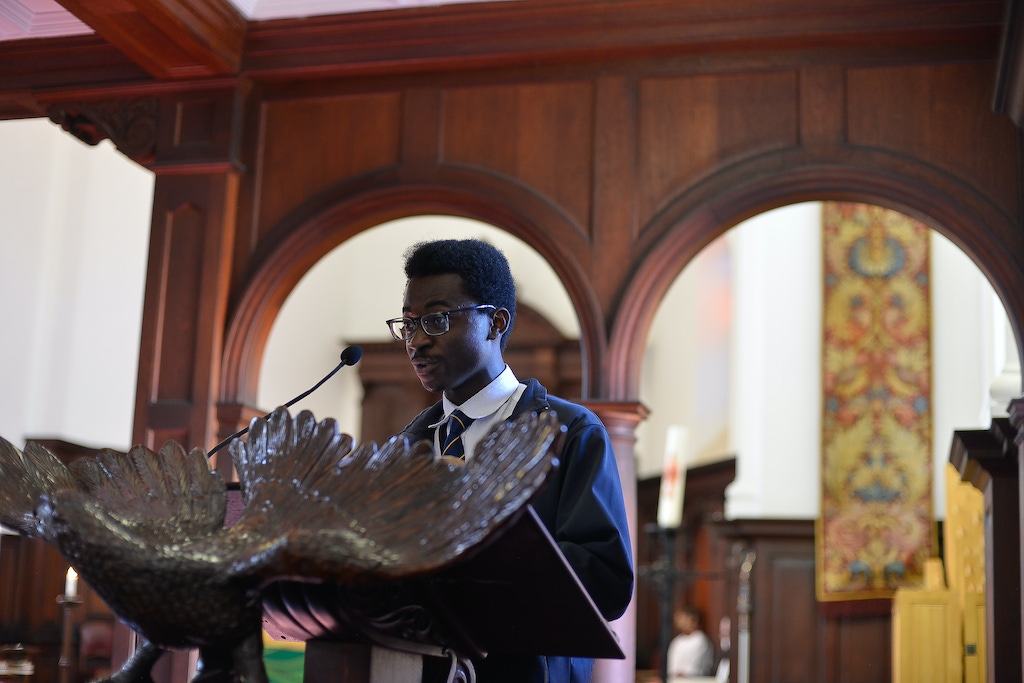 Joel Dilungidi speaking fondly of his time at the Academy.

In his address to his peers, Joel Dilungidi, outgoing Head Boy, spoke fondly of his time at the Academy. He reflected on being selected in his Grade 9 year, looking forward to the lunches each day, his gratitude to the teachers for making all the students feel so special and of how the Academy gives them a sense of belonging and purpose after school. “Nothing is more golden than the feeling we get every time we walk through the St John’s College gate,” he said. “Hopefully, like the eagle in the St John’s logo, we too can soar high with no limits.” 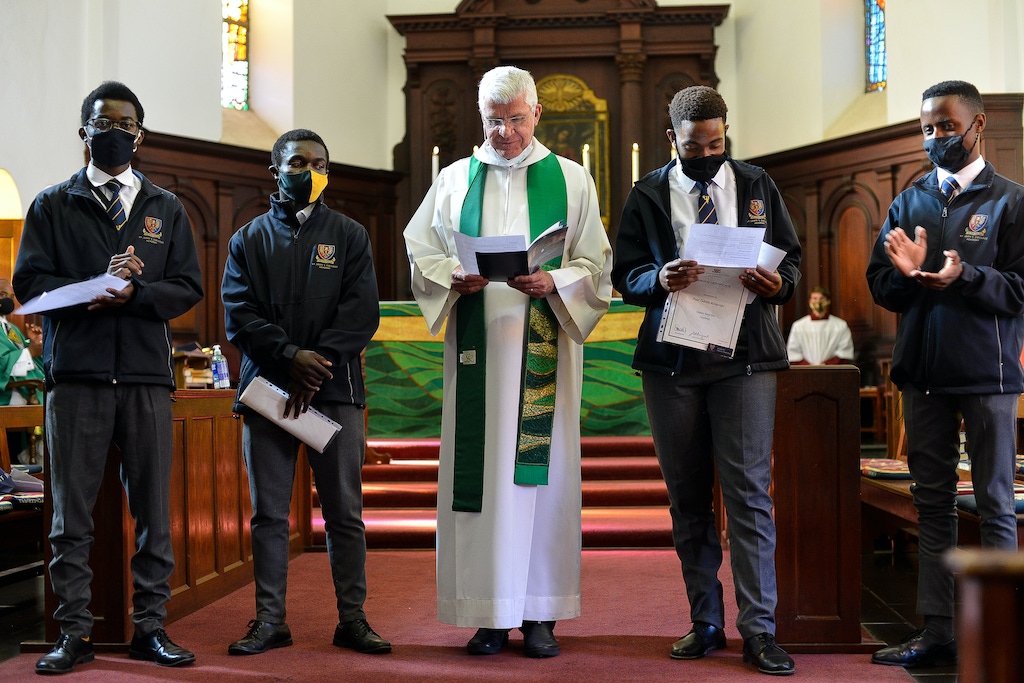 Stan Cizungu and Tubatsi Paul Rangongo were inducted as the new Head Boy and Deputy Head Boy during the Valedictory Service where they swore to loyally serve the Academy with dignity and modesty. 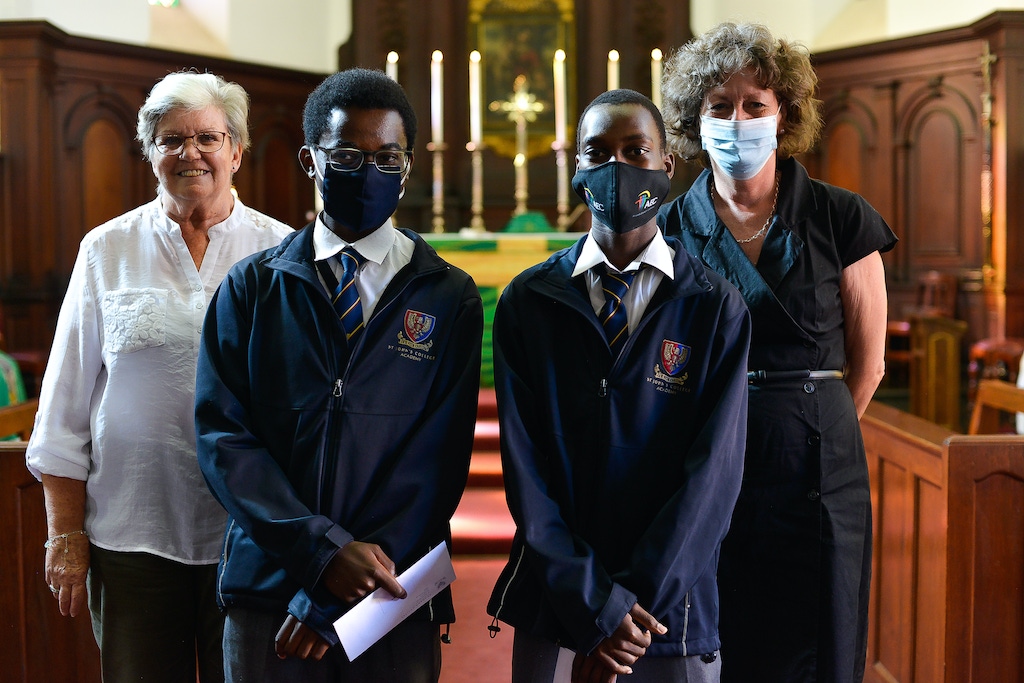 Sixth Form A Level bursaries were awarded to Joel Dilungidi and Rofhiwa Ntshepise for their exceptional academic achievement during their matric year. 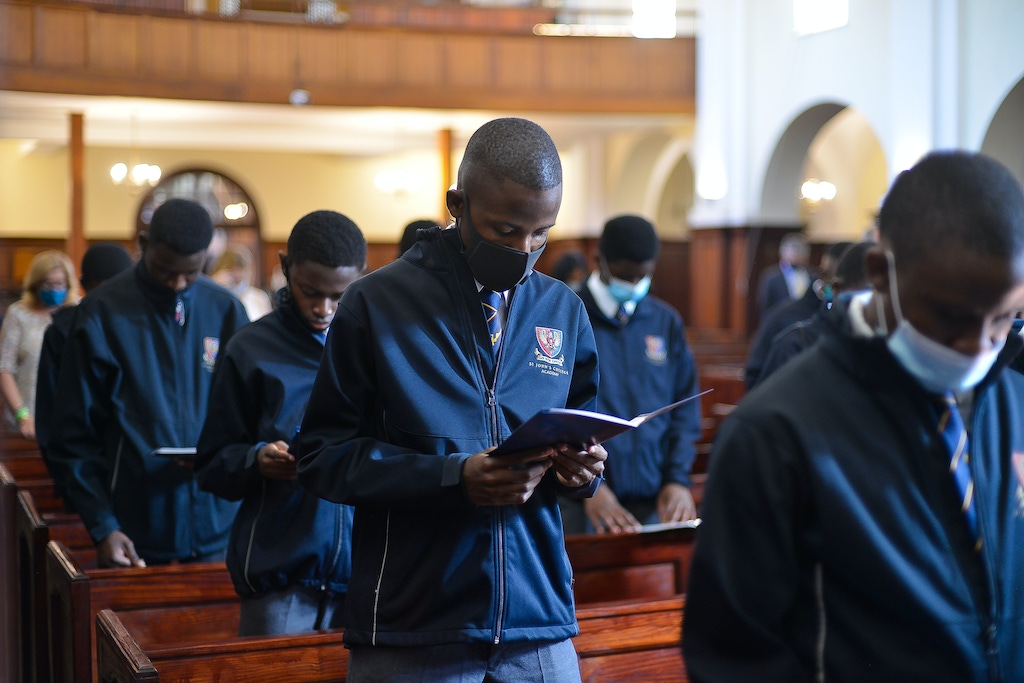 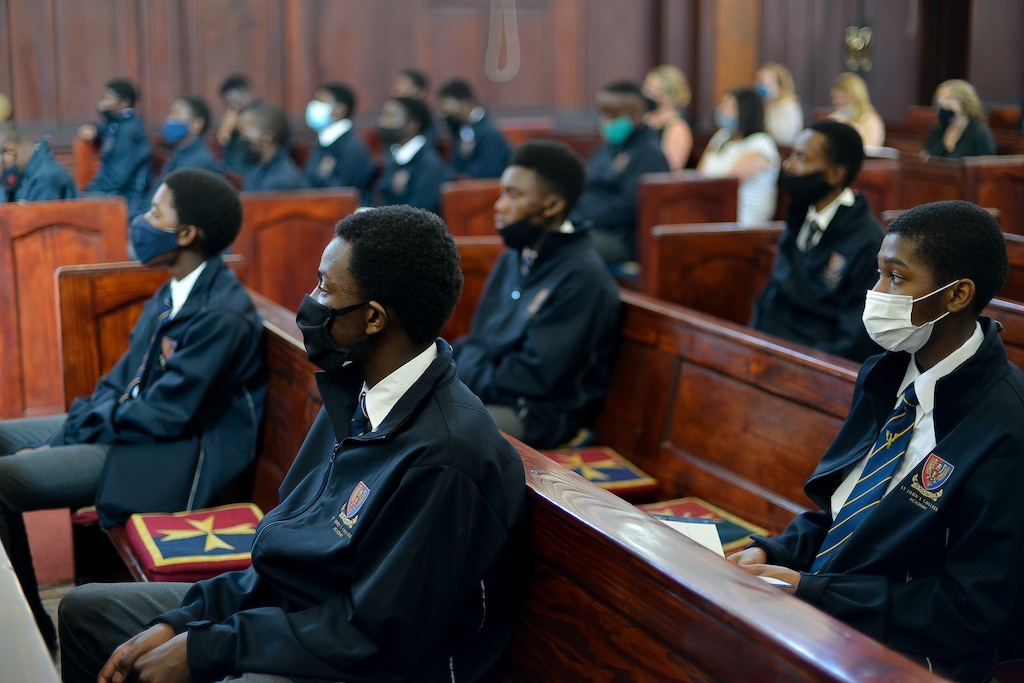 The St John’s College Academy is funded through generous donations from companies, our parents and members of the St John’s College community. During lockdown, the Academy was fortunate to receive additional support from the TK Foundation and our wonderful community which enabled us to ensure that the Academy families had food on their tables. Many of our young men’s parents were severely affected, either not being able to work or losing their jobs altogether. We were also able to provide these young men, especially the matrics, with data so that they could continue their studies and revision online.

The Academy students are taught by our experienced College teachers and enjoy lessons in English, Mathematics, Physical Sciences, IT and Geography. The matric students also recently participated in an intensive revision camp in the Waterberg ahead of their final examinations. In addition to their lessons, the boys have been afforded coding lessons, swimming lessons and cycling.

Now in its twelfth year, the Academy boasts alums that include engineers, mathematicians, economists, architects, IT specialists, actuaries as well as a number who are still studying, many with bursaries they received through the Academy.

“It has been a great privilege to spend my time with you. You have been a special group of young men, and I wish you the best of luck for your finals,” said Mrs Agnes Nugent, Head of the St John's College Academy. “As you know, I am retiring at the end of this year, and I couldn’t have wished for a nicer group of matrics with which to end my time at St John’s. Thank you.” 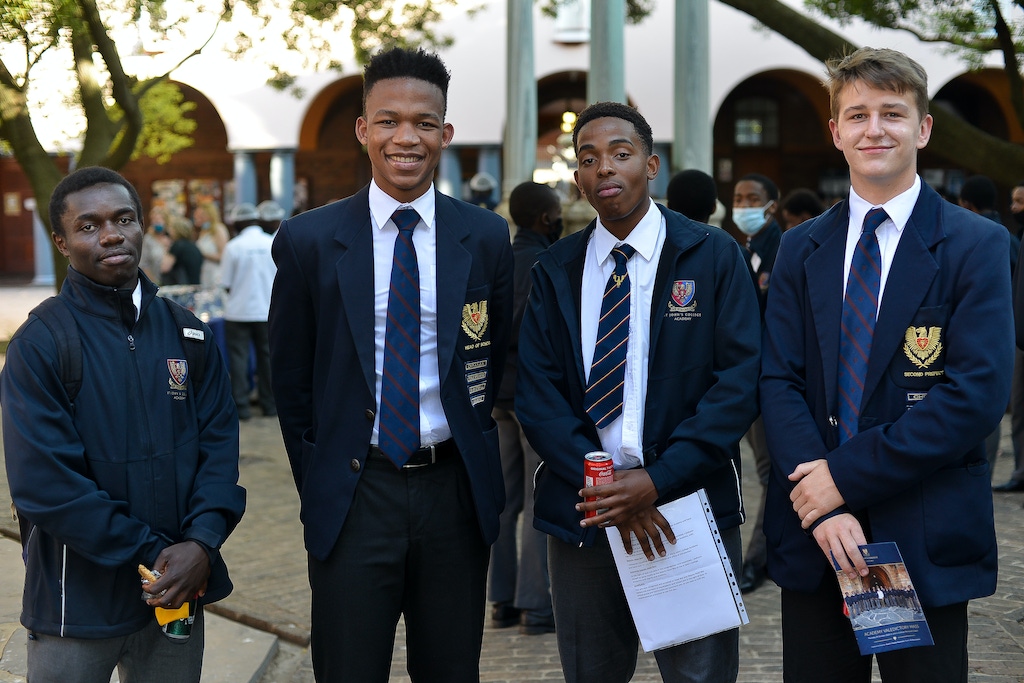 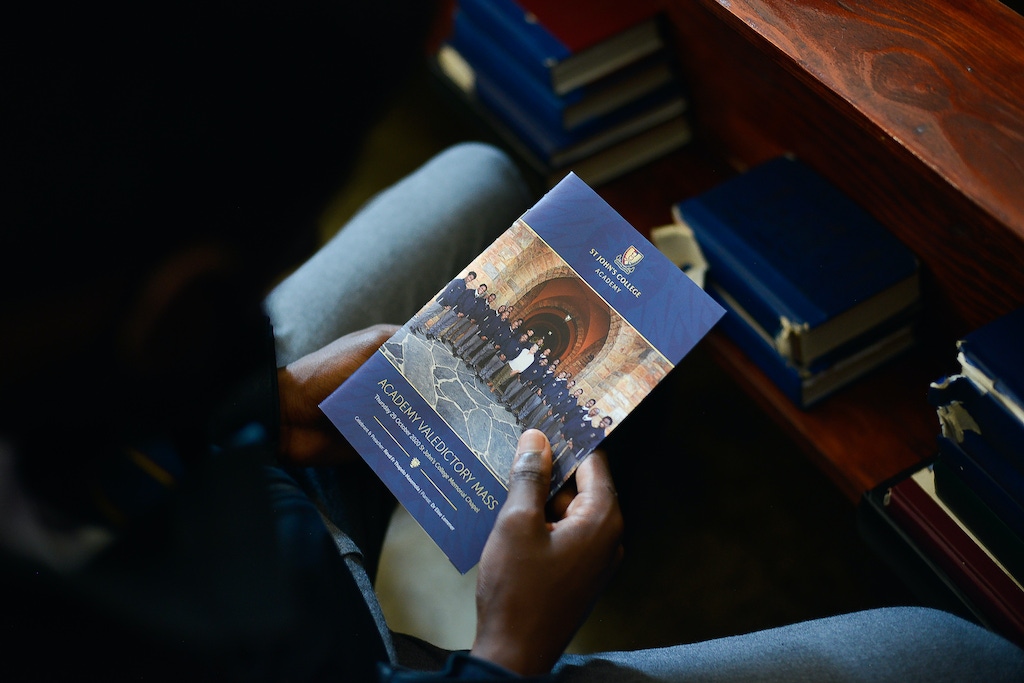