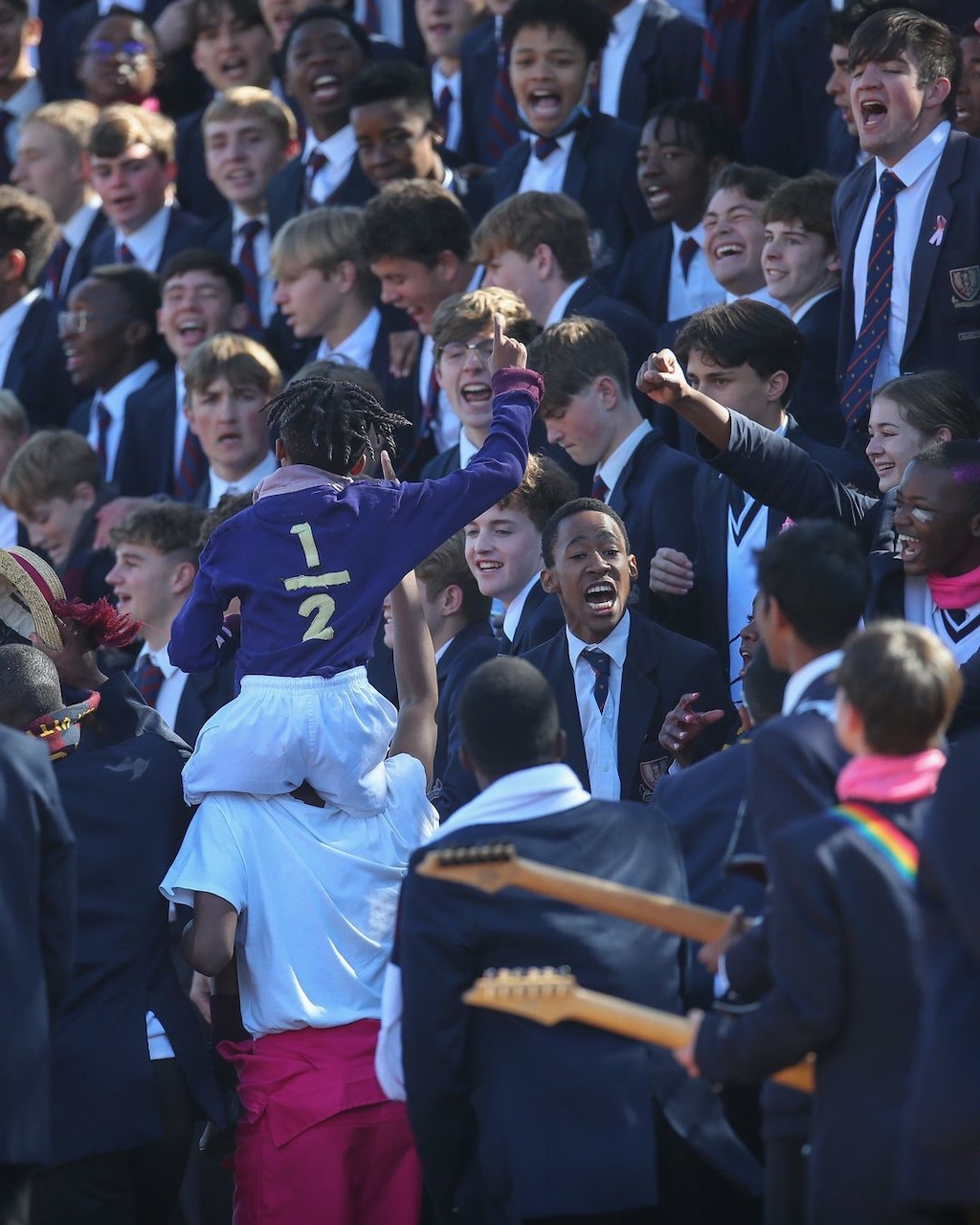 Following the wonderful anonymous letter we received from one of our parents entitled The Extra Half, here's the story of the origin of the St John's College First Rugby Team 'Half' Jersey ... How a “Half” inspired the “Whole”

Coming from a very humble upbringing in the city of Germiston, I was honoured to have attended St John’s College. I really enjoyed my time at St John’s, where I made lifelong friends and had the most fantastic teachers and coaches. I was also getting to attend the same school as my grandfather.

One of my most enjoyable experiences was playing rugby. In 1984 I was in Upper IV and was chosen to play Number Seven for the first team that year, playing in the first-ever Saints week and winning all three games. Then, in 1985, moving into Lower V, I was again chosen to play for the first side as Number Eight and was made captain. 1986 was my third year playing for the Blues and my second as captain. Being my third year, I wanted to find a way of differentiating what we did as a First Team.

One Friday evening, as I was waiting outside David Quad to go home for the weekend, Father McLeod, one of our resident priests, asked me if I would like to see the collecting room for memorabilia that was later to be placed on display around the school and in the OJ Club. He led me to the armoury downstairs behind the guard’s room at the main gate (where the current museum is). It was dark, and when he switched the lights on, I saw a room filled with boxes, clothes and old sports equipment.

I asked if I could dig around, and I gleefully started rummaging with his permission. There was so much clutter that I knocked a box off the shelf (my fault!) which landed at my feet. Inside I saw a mass of old rugby jerseys: maroon, blue and some old first team jerseys. One caught my eye, and when I took it out, it was a tiny “Blues” first-team jersey that must have been a sample or reject. I wanted it; I didn’t know what I was going to do with it, but I asked the good Father if I could take it. He laughed and said it was fine but was sure to tell me that he didn’t think it would fit me!

So, I took it home and presented it to my mother, who laughed, saying it was “half the size of a normal jersey”. And there it was, the seed was sown, the number “Half!” So, the next day, I was tasked to outline the “1/2” on golden material with chalk so I could cut it out. That weekend my mother stitched it on, with me hovering about with a tape measure driving her mad as I wanted to ensure it was not stitched on skew.

On Sunday, I returned to College for Evensong and the start of the new week. I presented the idea to the team, who supported it unanimously. We also decided that the smallest boy in Remove would be our ball and sand bucket carrier. The Half was born!

Saturday was our first fixture against Parktown, and our new chosen team member Winston Radebe came into the Nash Common Room, which we used as our change room. He was presented with his jersey and now took part with great pride as one of the team members going everywhere we went and looking after our kit needs, the bag of (leather!) balls and the ubiquitous bucket of sand. When we ran out on the field, a huge roar went up when the school saw him lead us out for the first time. It was clear that the little “Half” would inspire not only the team but the whole College as well.

That was back in 1986. Live streaming allowed me to watch this year’s Saints derby from Vietnam, and was I brought to tears to see the little man running around proudly in his half jersey and carrying on a tradition which began in 1986. The boys of ‘86 are in regular contact via WhatsApp, and many commented how very proud we are of this. My mother, who is eighty had a little lump in her throat.

I thank all the teams after us, who have taken this on as their own and have carried on this wonderful tradition. We as the 1986 class watch this with pride, joy and lots of wonderful memories. May the “Half” continue to inspire the “Whole”.