St John’s College was established in 1898 as a parish school of St Mary’s Anglican Church, located in Eloff Street in downtown Johannesburg. The founding fathers of the school were the Rev John Darragh, the rector of St Mary’s Church, and the Rev Joseph Hodgson, who was the first headmaster.

The school opened its doors on 1 August 1898 in a villa situated in Plein Street. On that day, only six boys enrolled. The school grew rapidly, though: by the end of the first term of 1899, more than a hundred boys were enrolled at St John’s. However, while the school was devising plans for the acquisition of more commodious accommodation, the South African War (Second Anglo-Boer War) broke out in October 1899. Many civilians evacuated Paul Kruger’s Transvaal Republic, and the number of boys in the school dwindled. In May 1900, when there was nobody left to teach the remaining boys, it became necessary to bow to the inevitable and close the school. 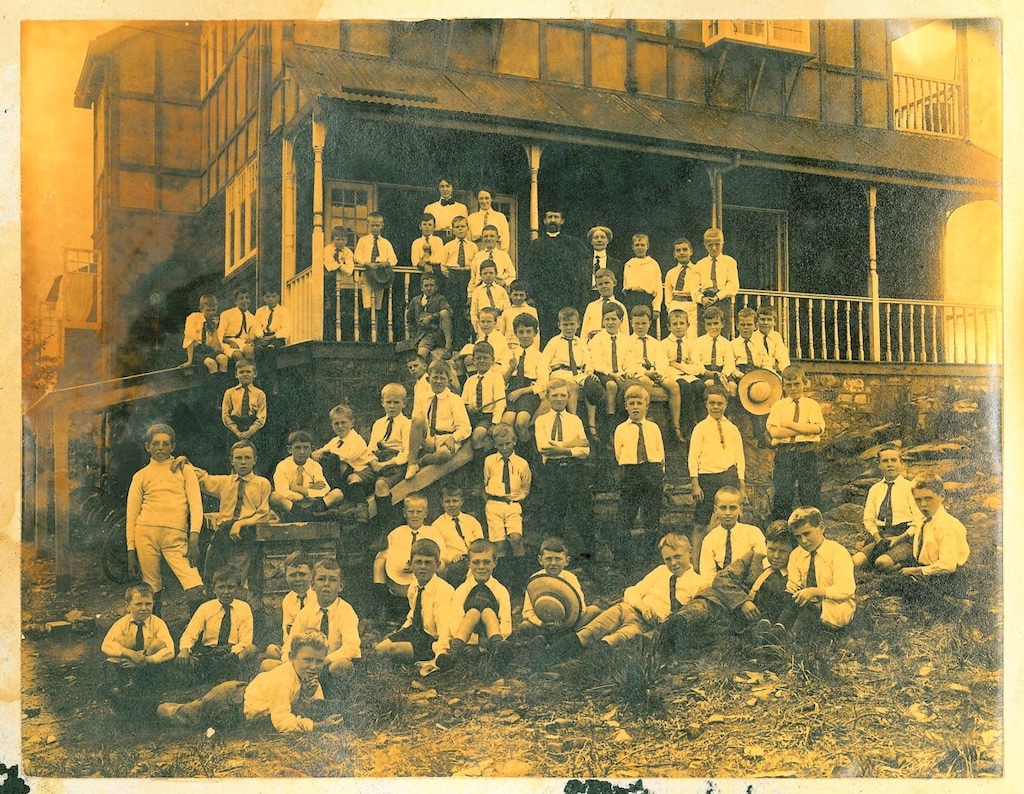 Over the next few years the policies introduced by Lord Alfred Milner’s colonial administration caused the College’s enrolment to plummet. In the face of stiff competition from better-resourced state schools, maintaining the College proved to be beyond the resources of the Diocesan purse, and the school’s closure seemed imminent. As a measure of last resort, the Archdeacon of Johannesburg, the Venerable Michael Furse, requested the Community of the Resurrection (an Anglo-Catholic order of missionary priests and lay brothers based at Mirfield in Yorkshire) to assume control of the College.

In April 1901, with Johannesburg under British control, Hodgson resuscitated St John’s College. By the beginning of 1902, about 120 boys were enrolled at the school. With as many as 180 boys clamouring for admission by mid-year, the villa in Plein Street became inadequate. New accommodation was found in the “Tin Temple”, a corrugated iron structure in King George Street. 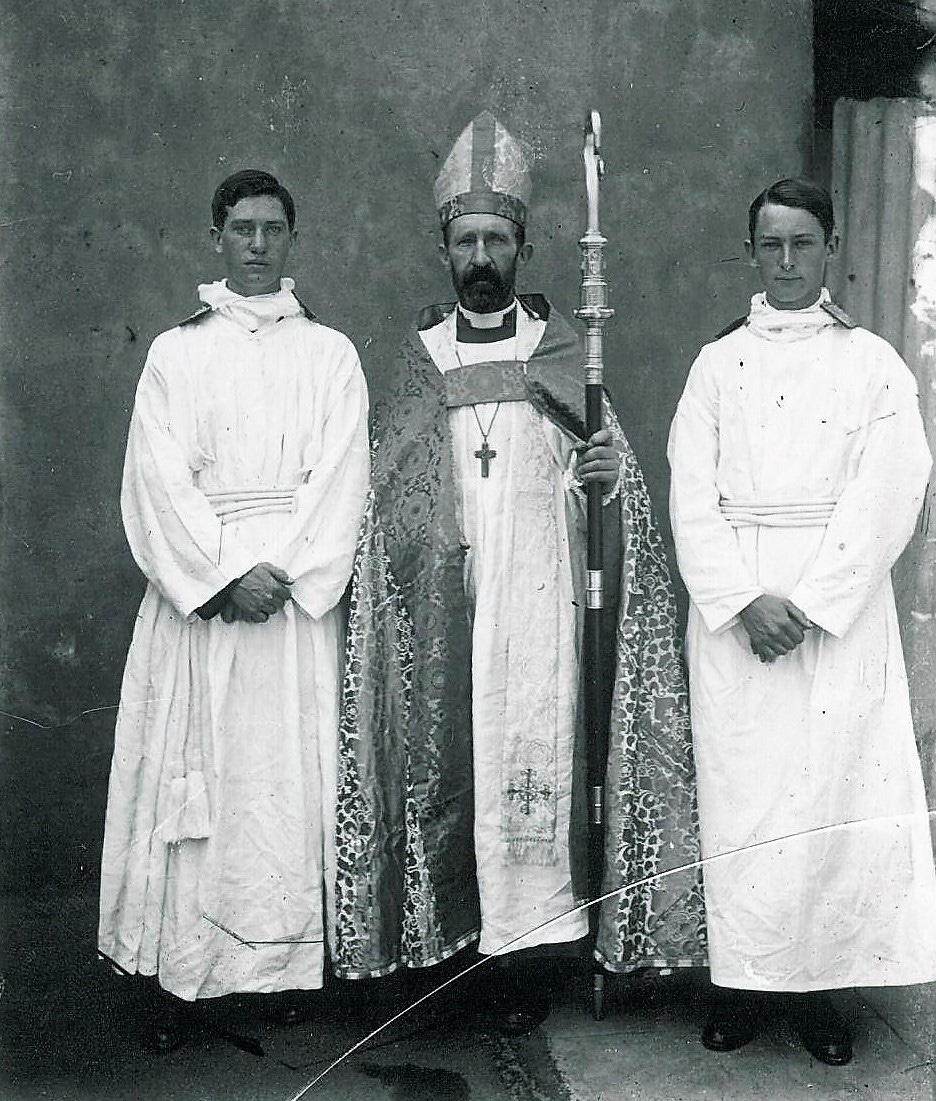 The new headmaster, Father James Okey Nash CR, assumed office in January 1906. He envisaged a school along the lines of the great English public schools. He decided to relocate St John’s to the rustic northern outskirts of the city. He chose a site on Houghton Ridge, which the school was able to purchase through the generosity of diamond magnate Sir Thomas Cullinan, who donated £5 000, and Johannesburg Consolidated Investments, which sold the land to St John’s at half its market value.

Herbert Baker was commissioned to design the new school buildings. He conjured up a blueprint of much of what was to materialise on the site over the ensuing decades. While Baker had a hand in designing some of the original buildings, his partner, Frank Fleming, did the bulk of the architectural work. With limited funds at Nash’s disposal the construction process was protracted and piecemeal. But even at times when it seemed that the blueprint might never become reality, Nash and his successors from the Community of the Resurrection retained faith and, “for the love of God alone, rendered service which made possible the survival and extension” of the College.

The Community of the Resurrection handed back charge of St John’s College to the Diocese of Johannesburg in 1934. The Rev SH Clarke was appointed the next headmaster, a position which he occupied for two decades until he was succeeded by Deane Yates, the first headmaster of the College who was not an ordained priest. Through his appreciation of the changing demands of changing times, Yates led St John’s from 1955 until 1970, expanding the school’s buildings to enable it to remain a leading educational institution. He also initiated the endowment of Foundation Scholarships, which, over ensuing decades, have made St John’s accessible to boys who might never otherwise have been able to enrol at the school. This continues to this day. 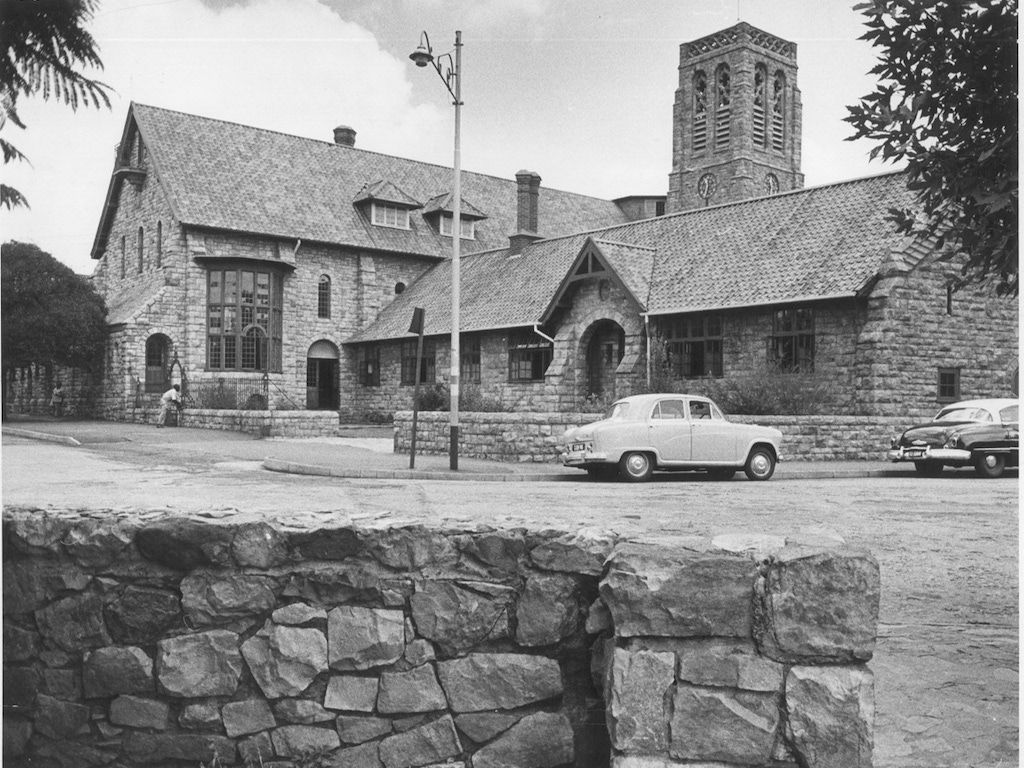 The Early Days of Johannesburg 1898: The establishment of St John’s College 1899: ‘A local Winchester’ 1900 - 1901: ‘Whose hill? What for?’ 1902: ‘A sound education on the lines of English Public Schools’ 1903: ‘A school for gentlemen’s sons’ 1904: ‘Rather bad days’ 1905: ‘A sinking ship’ 1906: ‘A school where churchmen may have their boys brought up in a church atmosphere’ 1907: ‘A home for the training of a Christian manhood which would go out into the world to do its duty both in Church and in State, to God and to man’ 1908: ‘The supreme end of education is the training of character’ 1909: ‘We stand for the Church’s claim to train her children’ 1910: ‘They may even attain to the glory of heroes of the past’ 1911: ‘The education of the mind and the body goes together’ 1912: ‘What can I do for my country?’ 1913: ‘The gloriousness of fair play to everybody, of courage, loyalty and devotion’ 1918: The Time of the Spanish Flu 1920: St John's College 100 Years Ago Gaudy Day - some historical snippets A Concise History of Sport at St John's College Much More than a Mafia: Mavericks, Mentors, and Medical Maestros. The considerable contribution of St John’s College to Medicine